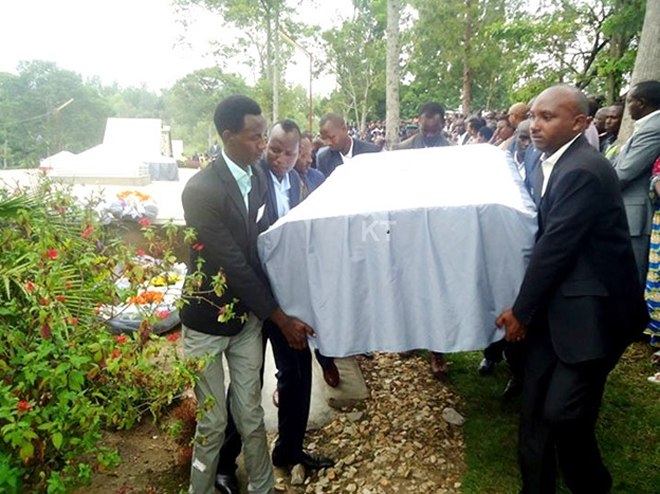 The Brutality of Burundian refugees during the 1994 genocide against Tutsi triggers harsh memories among survivors twenty two years later.

On May 1st, residents of Kinazi in Ruhango district near the border with Burundi, discovered 568 bodies of genocide victims at Gisari and Rubona hills.

“We are relieved to know the whereabouts of our relatives’ bodies,” said Samuel Dusengimana, a genocide survivor from Kinazi.

The discovery was a sharp reminder of how Burundi refugees that had fled a crisis from their country teamed up with Rwanda’s genocide government to massively slaughter Tutsi in a genocide that claimed a million lives.

Survivors in Kinazi say during the genocide, Burundian refugees were very ruthless. They severely tortured victims, beat them with traditional weapons and slicing their bodies to remove hearts and eating them.

He gathered the Tutsi together promising to offer them protection but turned around and brought in Interahamwe militia and Burundi refugees that killed them.

Survivors recall that Kagabo mobilized Interahamwe militia and the Burundian refugees to carry out the worst forms of torture against Tutsi during the genocide.

More than 60,000 bodies of the genocide victims lay to rest at the Kinazi Genocide memorial, but more bodies are being discovered in several mass graves where the Burundians threw them.

As Kinazi residents gathered for the 22nd commemoration of genocide to offer decent burial to the 568 bodies of newly discovered victims, they said, “We want Burundian perpetrators to be brought to justice.”

Donatille Mukantabana, Speaker of Rwanda Parliament told mourners that Rwanda and Burundi governments are still discussing how Burundi perpetrators can be held accountable.

“We are discussing an extradition treaty with Burundi. We (Rwanda) need the extradition to cover more years before the 1994 Genocide but Burundi is yet to agree on that,” Rwanda’s Minister of Justice, Jonhston Busingye told  KTPress.

Busingye said Rwanda, “Shall make a list of the suspects we want extradited or tried in Burundi. We are gathering information from Gacaca files and other sources.”

According to Minister Busingye, In case Burundi refuses this request, Rwanda may seek intervention from East African Community.

“Those are the two most common international ways in use, but we may apply a third or even a fourth way if Burundi does not agree on our proposal.” 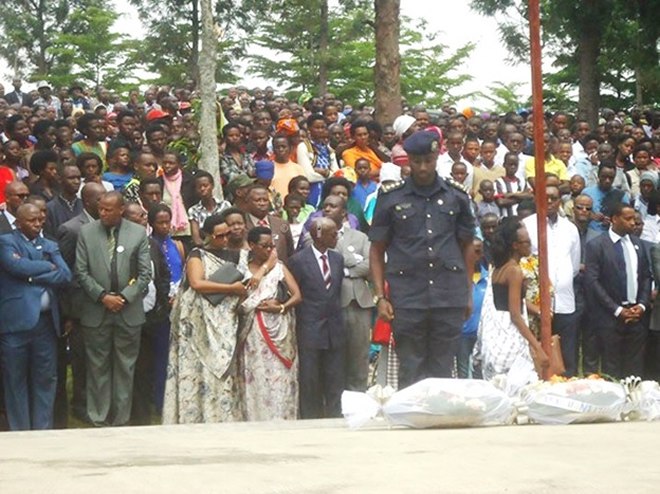 Kinazi residents gathered for 22nd commemoration of the genocide against Tutsi