Advertisers and City of Kigali Disagree Over Billboards 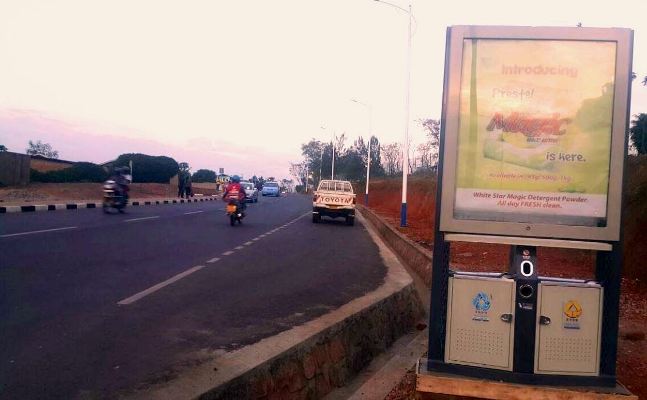 Round table negotiations between advertising agents and city of Kigali will need to be rescheduled for more rounds until a good deal is reached.

Kigali city demands to have all billboards in the city turned digital, is considered a hash requirement. This is why negotiations failed between Rwanda Outdoor Advertising Association (ROAA) and city authorities.

The two parties locked horns on the regulation and guideline N° 01/09 of 15/09/2016 relating to Advertisement Rules.

Guidelines require all billboard advertisers in Kigali to shift from analogue billboards to only Tri-vision Billboards, Electronic /Digital Billboards and Directional/Indication Billboards.

In September this year, city authorities began taking down over 27 billboards. But ROAA argued the decision “doesn’t abide by earlier letter where we requested the City to give more time to make the shift and changes.”

A statement released by ROAA on Tuesday indicates that City of Kigali wrote to the association on November 14, 2016 instructing that all billboards be brought down except two digital billboards at Remera and Gishushu.

The association chairman, Vianney Kabera says that instead of giving a feedback, the city disregarded the letter and went ahead to destroy their billboards.

He said on November 19, 2016 teams from City of Kigali were seen taking down three billboards belonging to Pan African Advertising and AFLink Business Consultants.

ROAA also said the disagreement over the implementation of new instructions follows failure by city mayor to honor a letter written by Private Sector Federation on 15 November, 2016 asking her to postpone the removal of billboards pending a consultative meeting.

According to city authorities, analogue billboards pose security threat, lack of safety, chaos, and have low uptake of modern standards. While other billboards pulled down are old and lacked maintenance which creates a threat to traffic and pedestrians during windy and rainy seasons

“There was a lot of chaos caused by billboards and were not adding any beauty to the city,” a former member of the city council committees which passed the bylaw in 2013 told KT Press earlier.

In a statement released this November 22, ROAA warned that government is likely to ‘lose’ over Rwf436 million in taxes from taking down billboards.

“Everyone stands to lose hundreds of millions of Rwandan Francs,” Kabera said in a statement.

Currently, the sector that has seen growth in the past years has 15 outdoor advertising firms with telcos, banks and fast moving goods industries as the main advertising clients.

Every month big companies pay $900 a month while SMEs part away with $600-$700 for billboard visibility.