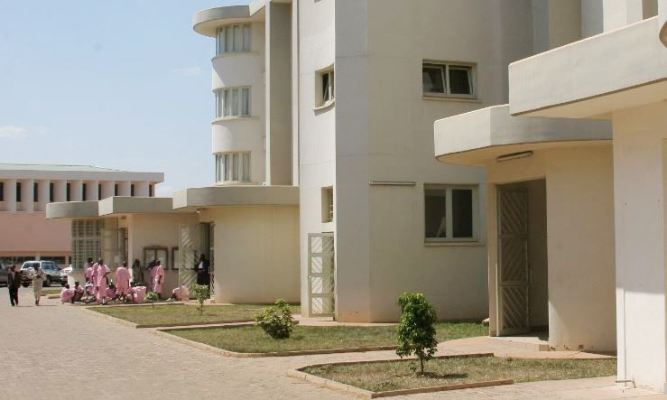 For beating and uttering hurtful statements to his neighbour last year, little did he know it would turn into a long battle in court.

Alphonse Gakuru Gahima in his 30s, quarreled with his neighbour – Iragena Chantal in March 2016 when the laters goat escaped from its shed and grazed Gahima’s crops.

The furious Gahima slapped Iragena and uttered threatening statement, “If genocide resumed again I would start with you.” The incident took place at Nyakabanda sector, Nyarugenge district.

Iragena later reported the matter to authorities and Gahima was arrested. He has been battling this case in which he pleaded guilty and was sentenced to 9 years in prison.He appealed and court reduced the sentence to 2 years.

However, on Monday, Gahima reappeared in High Court to further repeal the 2-year sentence.

“I am sorry for what I did. It was not good and I ask for forgiveness,” he said to convince court to reduce his two year sentence.

Prosecution argues that there was no need to further reduce the sentence since in his first appeal it had been deducted from nine to two years according to articles 72 and 89 of the penal code.

Basing on this, prosecution also said it would not be possible to further reduce the sentence since Gahima “is not telling the whole truth of what happened.”

“This is not enough. Let him explain exactly what he did and said. He has been dodging this and he has not been clear,” the prosecutor told court.

Gahima is not convinced that he should be punished for uttering genocide motivated words in public and prosecution says that he has no mental illness record to doubt his motives.

“I showed how it all happened and didn’t intend to incite anyone to kill people,” Gahima defends himself while pausing in between the statements leaving the court in doubts whether he is done.

“Are you done?” The presiding female judge asks. “Yes” Gahima replies and insists on being forgiven.

This case has been adjourned to 13th December 2016 when court will decide on his new sentence.

It is one of the typical cases of the existing genocide ideology in the community that government has for the last 22 years tried to prevent from happening again.

Millions of Rwandans have had a change of heart and perspective in the way they view each other and themselves along the ethnic backdrop in the last four years.

The Reconciliation Barometer (RRB) report 2015 findings show that this has been as a result of an increased sense of citizenship and identity, understanding the past and envisioning the future, justice, social cohesion and a good political culture.

Keeping the 2012 Rwanda population census constant at 11.4 million Rwandans, this means that over 3.4 million citizens still viewed themselves along ethnic backdrops in 2015 compared to the current statistics which show only 3.1 million making an 8.8% cent decline.

The Rwanda Reconciliation Barometer (RRB) report 2015 is the second of its kind since the 1994 genocide against the Tutsi. The first RRB was carried out in 2010.

The second barometer report findings show that there was a decline in persistence of genocide ideology from 31.5% to 25.8% and the attempt for Rwandans to commit genocide again also had a decline (39.9% to 28.9%) while wounds of genocide healed from 11.6% to 4.6%.

The NURC Executive Secretary, Fidele Ndayisaba, said that numbers are good and show that Rwandans have set their eyes and hearts on development and moving away from the past but there is need for Rwanda’s parliament to start strategic ways of fighting genocide denial beyond borders.

“Reconciliation takes time and we recommend that Rwandans should not give up on this cause, since they have sacrificed a lot to get here,” Ndayisaba told KT Press.

“We are banking on the youth to get there, and asking our parliament to step up the fight against spread of genocide ideology both inside and outside Rwanda.”

NURC attributes progress in reconciliation to national policies and programs such as “Ndi Umunyarwanda”, contribution of civil society organization and the willingness for the survivors and perpetrators to reconcile.