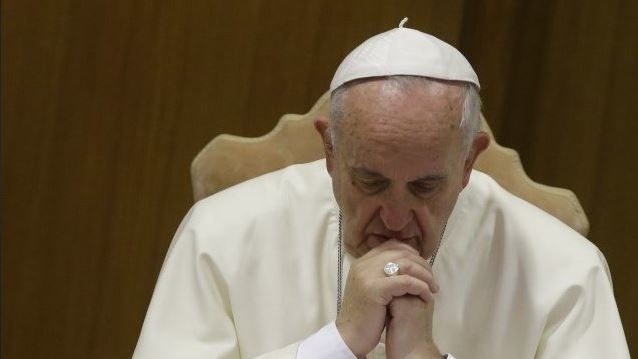 Government of Rwanda wants genuine apology from Vatican –  the seat of Catholic Church and not an apology from local catholic bishops in the country.

On Sunday, Rwanda catholic Bishops wrote a letter apologizing on behalf of the Church’s role in planning and executing the 1994 genocide against Tutsi which claimed a million lives.

Moreover the letter was also not distributed to all dioceses across the country but only in Kigali. For example the letter was read three times at Saint Famille in Kigali but wasn’t mentioned at neighbouring Cathedral of Saint Michel.

A government statement released this afternoon on the message of Rwandan Catholic bishops reads that instead of a genuine apology, the church is playing innocent and taking it as a negligible event.

The government said given the ample role the church played during the genocide, apology by the church is a step the Vatican should embrace itself, not local church.

STATEMENT ON THE MESSAGE OF RWANDAN CATHOLIC BISHOPS

The Government of Rwanda notes the recent initiative of Rwanda’s nine Catholic bishops to apologise, in a general manner, for some of the acts committed by some members of the Catholic Church during the Genocide against the Tutsi.

This step is welcome, as individual expressions of remorse. However, its profound inadequacy only serves to highlight how far the Catholic Church still remains from a full and honest reckoning with its moral and legal responsibilities.

First, as they apologise on behalf of a few unnamed individuals, the bishops appear to take the extraordinary step of exonerating the Catholic Church as a whole for any culpability in connection with the Genocide.

Everything in the historical record contradicts this divisive claim. Second, it is regrettable that some priests apparently declined to read the bishops’ message to parishioners as intended, thus disassociating themselves from even this mild expression of regret. Finally, given the scale of the crimes, there is ample justification for an apology from the Vatican, as has occurred repeatedly with other cases of lesser magnitude.

The Government of Rwanda commends the bishops’ points on the importance of combating genocide ideology, and will continue to engage in an open and frank dialogue with Church leaders with a view towards encouraging the Catholic Church to face up to its own past without excuses or fear, just as Rwandans themselves have been doing over the past twenty-two years.