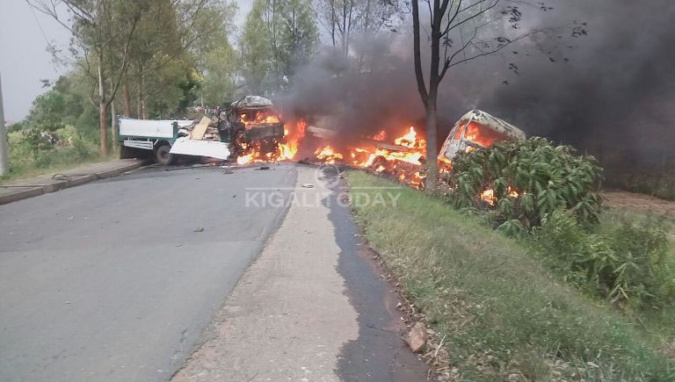 A fatal accident has cost lives of a driver and a passenger on board two trucks in Rwabashyashya village, near Kamonyi district headquarters along Kigali Huye highway.

The accident was caused by a collision of  the trucks, branded FUSO and ACTROS  that were heading to Huye at 6.00 PM.

Eyewitnesses told KT Press the FUSO driver who was driving apparently under influence of alcohol wanted to go past the Actros, a longer and wider vehicle and hit it.

Abruptly, the two trucks took fire and both drivers attempted to control their vehicles respectively only worsening the accident which left both cars irreparably smashed. 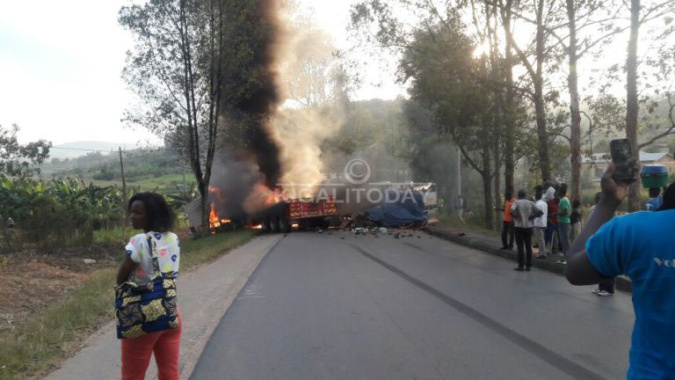 Traffic police, said the eyewitnesses, arrived to only find the trucks blocked the highway.

This could be the worst accident in Rwanda since beginning of the year. 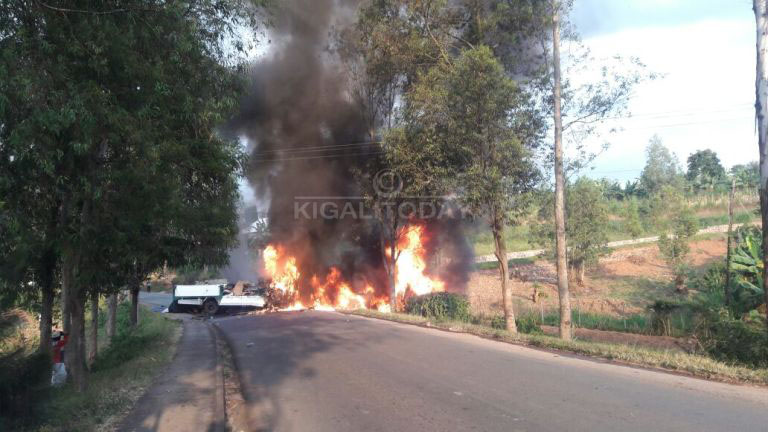