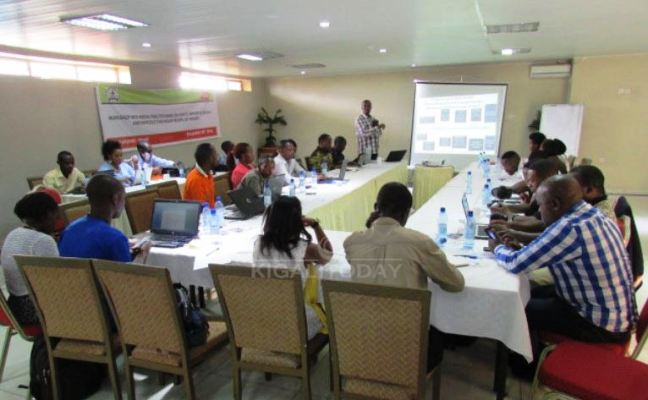 Several Rwandan women are still likely to lose their lives for attempting unsafe abortion methods – a survey has revealed.

In a survey conducted by the Great Lakes Initiative for Human Rights and Development (GLIHRD), countless women are resorting to unsafe abortion because under the current law, longer procedures are required before an abortion is carried out by the doctor.

The Penal Code, in its article 165 on exception from criminal liability for abortion provides for grounds on which abortion may not be considered a criminal act especially in circumstances such as rape, forced marriage, incest, and when it could be dangerous to the health of the baby or the mother.

However, there is a requirement under the law that persons falling under these conditions have to first see the doctor to prove it before proceeding with a lawsuit.

There is no short cut even where the health of the baby or the mother is at risk due to pregnancy, a professional doctor has to certify as such.

“The problem, our court cases delay so much yet safe abortion is taken at below 5months, above that may cause high risk which is usually most of the case,” Pie Habimana, a lawyer at Amicus Law Chamber told KT Press.

Normally, an abortion case starts at only the Primary court where the complainant resides. According to 2016 judiciary report, a case takes up to three months from filing to ruling. The time would increase in appeal.

A lawyer who talked to KT Press said that depending upon the emergency of the case indicated by the doctor, the court can decide to speed up trial.

However, Habimana said, that it’s a discretion of a court president to agree on speeding up the case because it is not provided for in any law.

GLIHRD however, experienced three cases involving minors; the court granted abortion on all of them, but when complainants went to seek the doctor for an abortion, it was found that the time to carry out the abortion for two cases had been exceeded. The abortion was done on one case only.

Tom Mulisa, the Manager of GLIHRD, told KT Press that the law should be revised to favor women because there are instances when court takes long thus affecting the woman’s life.

Mulisa argues that they are requesting for revision of the current provision in the penal code to remove a requirement for court papers and only use medical papers which the court also uses as a reliable fact.

“For example, in case of child defilement, why should court ask from police proofs whether a child was raped? They should proceed without further delays,” said William Ndengeyinka, operations’ manager at GLIHRD.

Article 162 of the Penal Code punishes self-induced abortion with a term of imprisonment of one to three years and a fine of Rwf50, 000 to Rwf200,000.

About 60,000 pregnancies are terminated in Rwanda every year, the majority of which are unsafe, with 40 per cent leading to complications that require treatment

In December 2016, during the cabinet meeting, President Paul Kagame announced that he granted pardon to 62 girls and women tried and convicted of abortion, which the court has given final judgment and children under 16 tried and convicted and their judgment became res judicata.