Fifty lucky Rwandans will tomorrow start a business journey that will make their dream come true after sending just one tweet to Bank of Kigali (BK).

BK turned 50 this year, and to celebrate in style, it launched campaign #MyWishAt50.

According to the rule of the game, the public willing to participate in the campaign had to send a tweet with #MyWishAt50 saying what project they would wish is financed. The bank would consider funding popular projects – those that got many re – tweets or likes on facebook.

Since the campaign opened on February 10, BK registered 1,028 wishes and, the bank has selected 50 most popular amongst them.

“Congratulations to the 50 most popular wishes and everyone that participated. We had three types of wishes; CSR, Business and fun wishes. From those 50, we shall pick and support the most touching and impactful wishes to transform the lives of those affected,” a congratulation message to participants reads.

Some of most popular among wishes that were selected include; a wish by Ysolde Gasam  to have her brother gets artificial limbs.

Also a social project, Rugamba Danny wishes to replace asbestos sheets without a loan so that his mother enjoys pension in a lovely home. 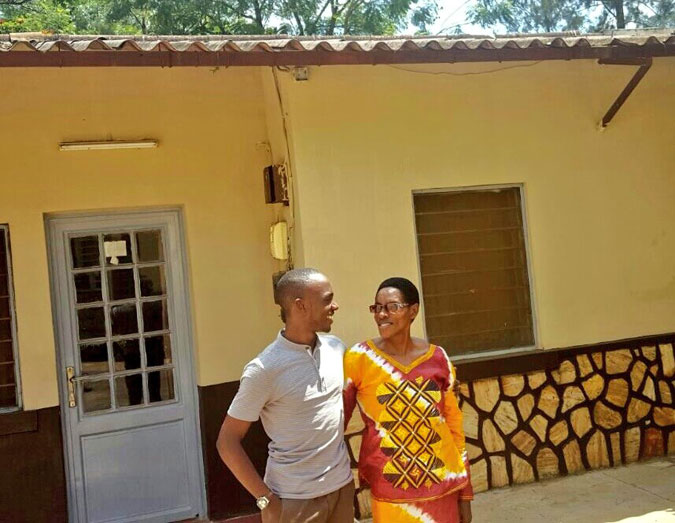 For Bahati Ellis’, his pressing issue is “to get Behringer U-C UMX610 keyboard and a MacBook to produce and record his own music.”

Remy Muhire’s wish was of developing sports in Rwanda which has seen a decline in talent despite cabinet tasking the line ministry (of sports and culture) to develop a new strategic plan at community level.

“#Mywishat50 will be to see in every sector in Rwanda a mini-foot center which may result to better football players within 15years,” Muhire had tweeted earlier.

This afternoon, BK announced a mechanism it has put in place to reward #Mywishat50 and other interested people with business ideas that stalled following funding shortages.

An announcement from the bank this afternoon reads, “Many of you expressed your wish to own/ start a business. We have created a new initiative called Urumuri, where you will be asked to file your brilliant ideas.”

Application will be launched at an event to take place at Kigali Public Library tomorrow at 17.00pm.

The announcement also reads that applicants of the 50 most brilliant ideas will be paid selected for a – 7 month business incubation program.

The bank has set aside Rwf 60 Million that will reward three to eight best projects at the end of incubation program, each project earning an interest – free loan.