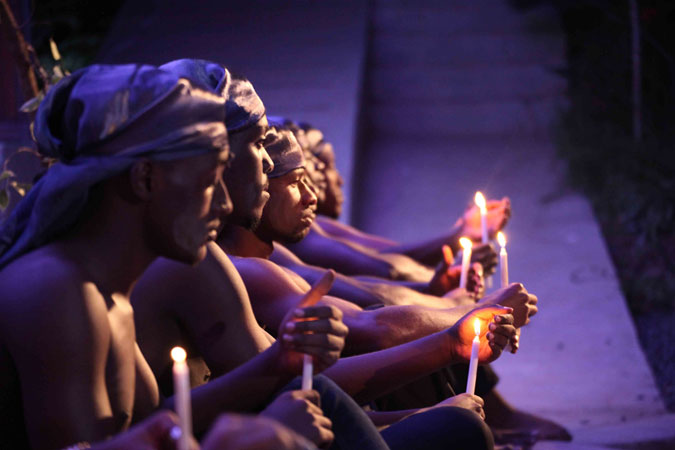 Rwanda is demanding action on a Canadian newspaper that claimed last month that based on new report, it had been confirmed the current administration was behind the genocide.

The Globe and Mail newspaper reported that the latest UN report on DR Congo contained findings that missiles used recently by rebels were similar to those used to bring down plane of former Rwanda president Juvenal Habyarimana on April 6, 1994. The shooting of the plane ultimately resulted in the massacre of Tutsis which followed, said the paper.

In The Globe and Mail – February 24, South based-Geoffrey York and Canada-based Judi Rever published a story according to which “a confidential report by the UN peacekeeping mission in Congo, documents a Soviet-made surface-to-air missile launcher that was seized by Congolese forces from a Rwandan rebel group last August.”

Despite inaccuracy in supposed “similarities”, the journalists wrote that “the rebel group had seized the missile launcher from a militia backed by the Rwandan military in a battle in 1998 in an eastern region of the Democratic Republic of the Congo.”

Part of the story, “Seized Weapon Sheds Light on Mystery of Rwandan Genocide”, reads that “the serial numbers and manufacturing dates of the weapon that was seized in DRC “is similar to those of the two missiles fired at the plane back in 1994.”

But a rebuttal letter by the Rwanda National Commission Against the Genocide (CNLG) to Public Editor of The Globe and Mail on March 4, 2017, indicates that the article, and a series of many others that were published by the same journalists on Rwanda, is an indication the paper has a deliberate agenda to mislead its readers on events in the 1994 Genocide against Tutsi, the worst tragedy of 20th century.

The Letter in full:

The story published by Geoffrey York and Judi Rever in The Globe and Mail on 24 February 2017, “Seized Weapon Sheds Light on Mystery of Rwandan Genocide”, grossly and deliberately distorts the historical record.

As the writers must certainly know, the missiles referred to in the alleged September 2016 report from the United Nations Mission in the Democratic Republic of Congo cannot possibly be connected to the attack on the Rwandan presidential airplane on 6 April 1994, which marked the start of the Genocide against the Tutsi, in which more than one million Rwandans were killed.

The two public reports cited in the article, the 2010 UN Group of Experts Report and the 2015 Small Arms Survey, both identify the missiles in question as SAM-7s. However, the French inquiry referred to in the article considers that the airplane was shot down with SAM-16s.

This willful obfuscation is the latest in a series of thinly-sourced advocacy articles and “too-good-to-be-true” scoops by these journalists, including Ms. Rever’s most tendentious and extreme articles published outside The Globe and Mail, which seem deliberately timed to influence the course of the French judicial inquiry and prevent it from being definitively closed.

This raises the question of whether external parties with a political agenda are dictating The Globe and Mail’s reporting, resulting in a pattern of biased coverage that creates doubt about the impartiality of your paper.

The truth about the most painful chapter of our nation’s history is of the utmost seriousness for survivors of the Genocide against the Tutsi and Rwandans in general. We call on The Globe and Mail to carefully consider whether continued coverage of this kind serves to erode public understanding of one of the 20th century’s most notorious mass crimes.

Bizimana is knowledgeable of issues behind international players in the Genocide against Tutsi, most especially, the role of France.

He is former Vice Chairperson, Commission of Independent Experts Investigation of the Crash of the Rwandan Presidential Aircraft on 6 April 1994 (Mutsinzi Commission).

Rwanda to Save $1Million from Health Expenses