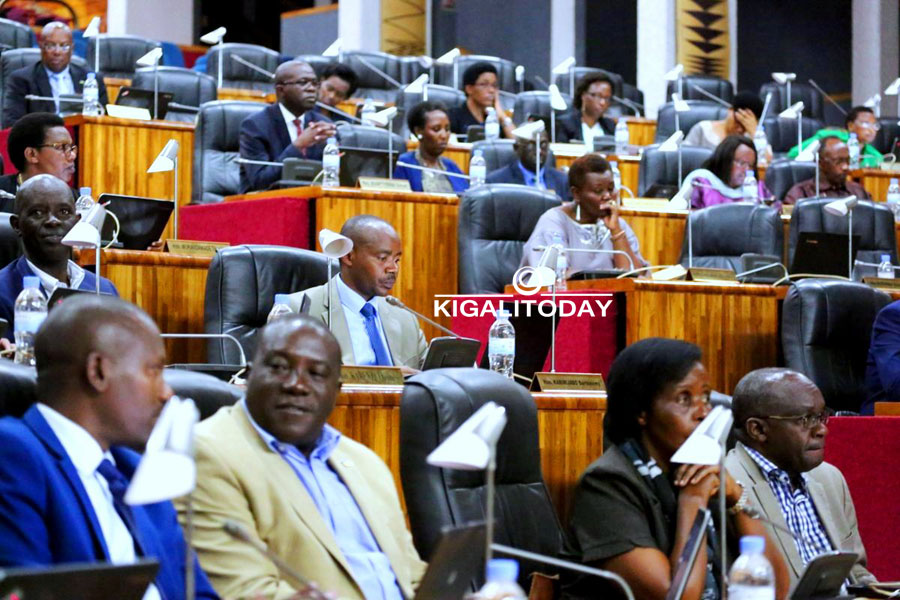 Rwanda Parliament has began debating on a proposed bill seeking to protect and reward whistle-blowers that would expose any illegal and unethical activities in institutions and organisations.

“The 2012 law had many gaps and we had to change over 50 articles with loopholes that didn’t not consider protection and rewarding whistle-blowers,” Evode Uwizeyimana, the Minister of State for Constitutional and Legal Affairs told lawmakers.

For Uwizeyimana, the old law didn’t make practical sense and doesn’t respond to current trend of threats of terror insecurity, corruption and created a scenario of concealing information on issues of national interest.

“We revised the whole law to comply with current threats that affect Rwanda and have relevance to other global communities,” Uwizeyimana said in his presentation.

This means that with the new bill currently under review, Rwandan whistle-blowers (in or outside the country will not only be rewarded but will receive full protection of personal security and identity concealed- which will be determined separately by each responsible organization.

According to details in the bill, whistle blowers would be paid or awarded, honoured, decorated. A whistle-blower will receive bonus, premium, bounty, present, gift, payment.

However, lawmaker JMV Gatabazi differed with part of this provision arguing that it was the responsibility of every citizen to act as a whistle-blower and shouldn’t be paid for it.

“Patriotism must come first. We don’t want to see a situation of Rwandans abandoning the culture of integrity and love to their country. Some people may think that this a job or source of money” lawmaker JMV Gatabazi said.

With 13 questions asked during this debate on the floor, most lawmakers said that there is no need to pay anyone for a job that is supposed to be the responsibility of being patriotic.

Some MPs questioned the integrity, credibility of information, compliance, compromise of information either by the whistle-blower or the authorities will be addressed.

Edouard Bamporiki a controversial lawmaker caused a stir in the house when he said that there is a danger that Rwandans will use this law to sell more lies.

“Rwandans have got into the business of lying and they like it. I am sure all of us here have been victims of some lies and blackmail.  The liars should be penalized equally as the one whom they are reporting,” Bamporiki said.

The MPs also questioned where the money to ‘pay’ will come from and how much for whistle-blowers. They also wanted to know how each organization will be able to determine the kind of protection, if the bill didn’t have a national standard.

Only lawmakers like Juliana Kantengwa, Théoneste Karenzi and John Ruku-Rwabyoma supported the idea of ‘paying’ in cash or in kind any whistleblower, arguing that this bill is in time and will address national security threats.

Parliament asked that the categories of whistleblower information must be differentiated, and outline ways in which those who conceal information should be penalized.

Minister Uwizeyimana explained that whistleblower ‘bounty’ is not money and even when it is, will be determined by the presidential order when the bill is passed.

At the end of the debate session, lawmakers voted for the bill to proceed to the parliamentary committees for further correction. But most MPs said that the vocabulary of Rwandans described as liars should not be taken as collective.

For Him, Piggery is More Attractive Than Government Job