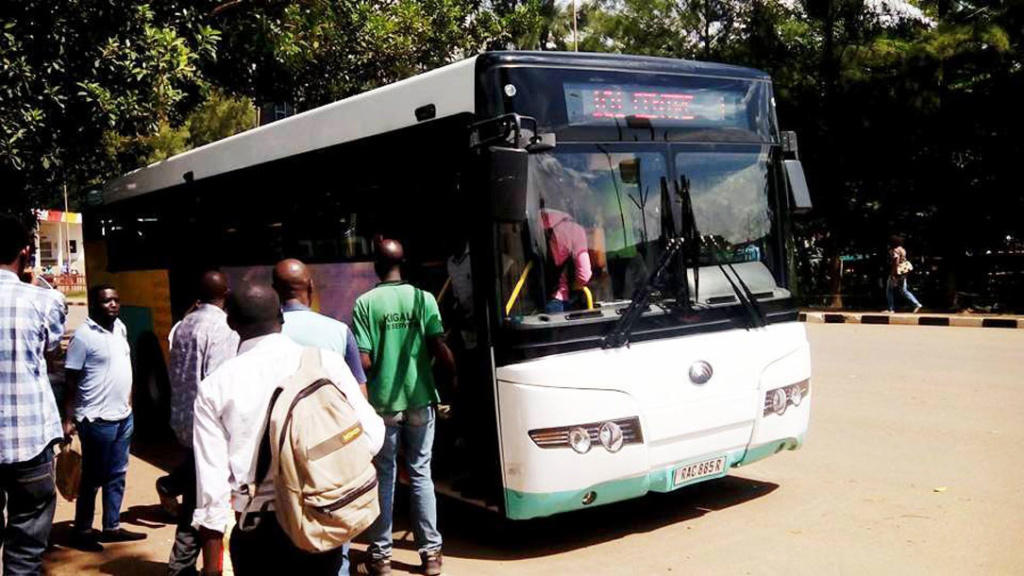 By the end of the year, Kigali City will have fully adopted an electronic payment system for all its transport companies two years after it was officially adopted.

AC group – the proprietors of Tap & Go transport system announced they have printed enough electronic payment cards to cover all routes and 1.1 million cards have been printed so far.

With Tap & Go cards, passengers will not have to pay cash. This is part of the country’s wider transition into a cashless economy. Holders of ‘Tap & Go cards can top up through agents stationed at all bus terminals with as little as Frw200.

Previously, commuters were only able to use the Tap & Go cards on 95% of the routes in Kigali. Today, the group said it has covered an extra 2% covering 97% of the routes.

Patrick Buchana, CEO of AC Group said that new electronic payment machines have been installed at the new routes; Remera and Ndera in the outskirts of the capital Kigali. Remera-Ndera route covers commuters plying the route – Remera, Cuminagatanu and Ndera in Gasabo district.

“The new route encompasses the company’s goal of covering all routes in Kigali by the end of the year. This is also in line with Rwanda’s ICT policy of a cashless economy that is part of the government’s vision 2020 plan,” Buchana told KT Press.

The remaining routes uncovered are Kabuga and Kimironko.

Buchana added that with accurate collection of revenues, bus companies can invest in more buses and better service, “government can plan for the transport network even better”.

Last year, government launched the ‘Bus Rapid Transit (BRT)’ – a ten-year project worth over $2.5 billion (about Rwf1.8 trillion), meant to reduce congestion which is already impeding public transport in the city.

According to Kigali City officials, BRT will consist of 160 km road network which will be plied exclusively by buses with capacity of more than 100 passengers. The network will have a width of 36 metres (including boundaries) and will start from Nyabugogo and link the city hub to different areas by five main arteries.

The first route will go through Nyabugogo-Yamaha-Downtown Kigali-Nyamirambo. From Kwa Mutangana (Nyabugogo), another route will pass below the Traffic Police Headquarters, then Muhima below Rwanda Social Security Board (RSSB) headquarters, Rwandex-Zion Temple and connect to Kicukiro centre. 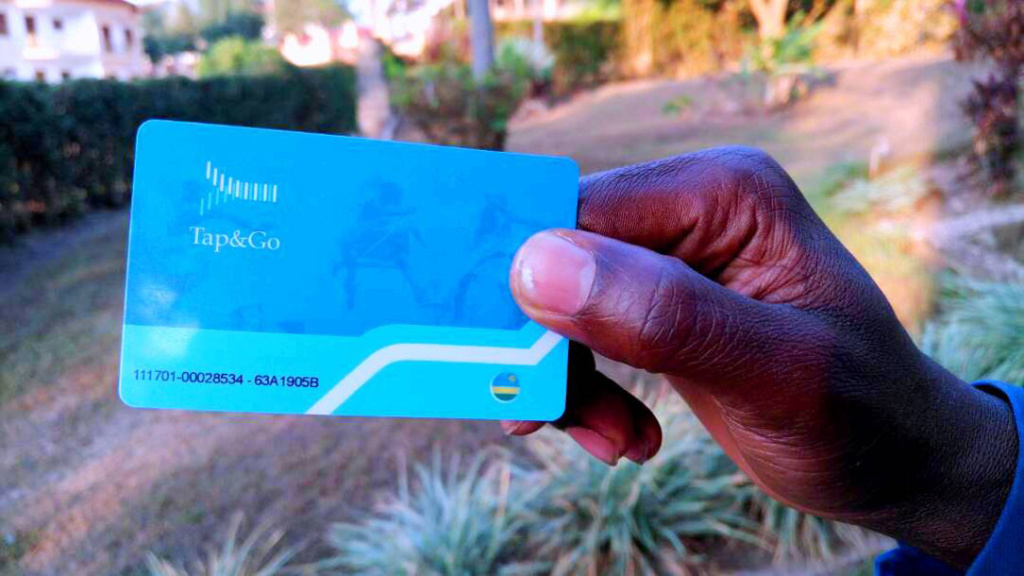 With the Tap&Go card, passengers can electronically pay to travel in any city bus

The third route will link Nyabugogo to Université Libre de Kigali (ULK) via Kinamba, through Fawe Girls’ School at Gisozi towards Kagugu terminal.

Passengers plying Nyabugogo-Zindiro road in Kimironko and including those enroute to Kabuga, will use the lane Kinamba-Kacyiru-Chez Lando and connect to Kimironko via Prince House and Centre Christus-Remera.

This route will continue up to Zindiro, Ndera and Rusororo. From Chez Lando, the route to Masaka will go through Sonatube-Niboye-Rubirizi and Busanza.

A clear idea to organize public transport in Kigali was hatched in 2010 in a master plan by Surbana Ltd, a Singaporean company which proposed a detailed infrastructure plan of Kigali up to year 2040.

“The Tap & Go card service has enabled us to become more efficient. It has also ensured proper and accurate revenue collection hence improving management for the customer and the company,” Deo muvunyi, a senior manager at Kigali Bus Services (KBS) said.

I’m very much interested in the system you have implemented and would like to know how best we can also introduce it in our country.