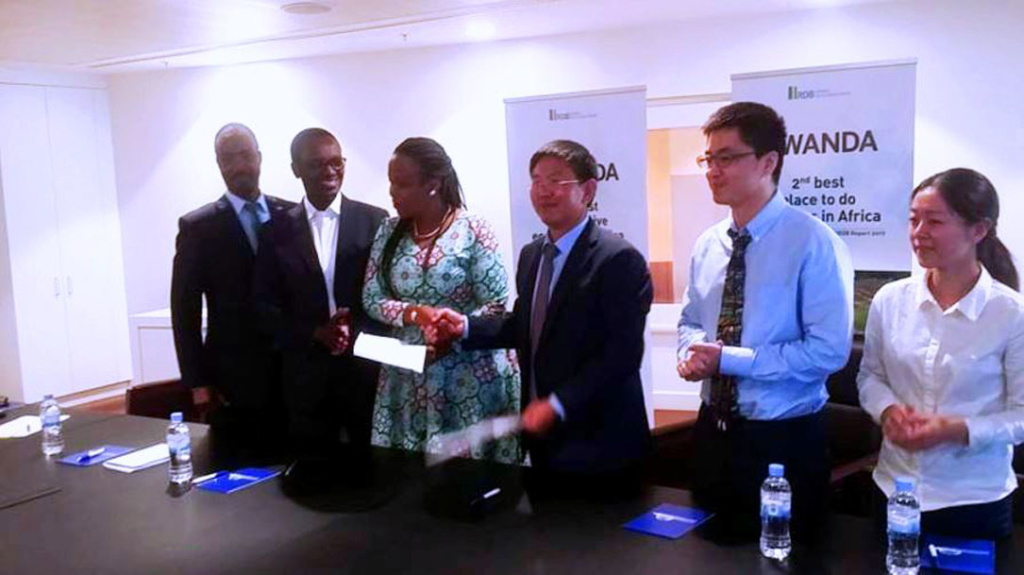 By April next year, Rwandans could start buying locally-manufactured electronic gadgets including cell phones and laptops, following a $1 billion venture by Chinese investors.

Huajian Group – a China-based manufacturer of electronics and garments has signed a memorandum of Understanding with Rwanda to establish its subsidiary in Rwanda.

Zhang Huarong, Chairman of the Huajian Group told KT Press that they have started a 10-year plan in Rwanda targeting to create more than 20,000 jobs.

The plant will be established at the Special Economic Zone and will start operations in April next year, Huarong said September 10th after signing the MoU with Rwanda Development Baord CEO, Claire Akamanzi.

“We plan to enhance technological skills transfer by training over 100 Rwandans in China in October this year and another batch of 100 more in December,” Huarong told KT Press.

The factory specializes in the production of high and mid-end women’s leather shoes with ownership of three production bases; Dongguan in Guangdong province, China, Ganzhou in Jiangxi Province and Ethiopia in Africa.

The factory has developed into an integrated international corporation including; research and development, trade, finished product processing, leather and shoe material manufacturing, education and training; footwear headquarters, international light industrial park, among others.

With 22 modern shoe-making production lines and more than 15,000 employees, Huajian produces more than 10 million pairs of shoes each year, and has become one of the most dynamic modern enterprises.

In Rwanda, the factory will start producing shoes, cellphones and clothes. According to Claire Akamanzi, “We are confident that Zhang Huarong’s commitment to invest in Rwanda will diversify improve exports of finished products.” 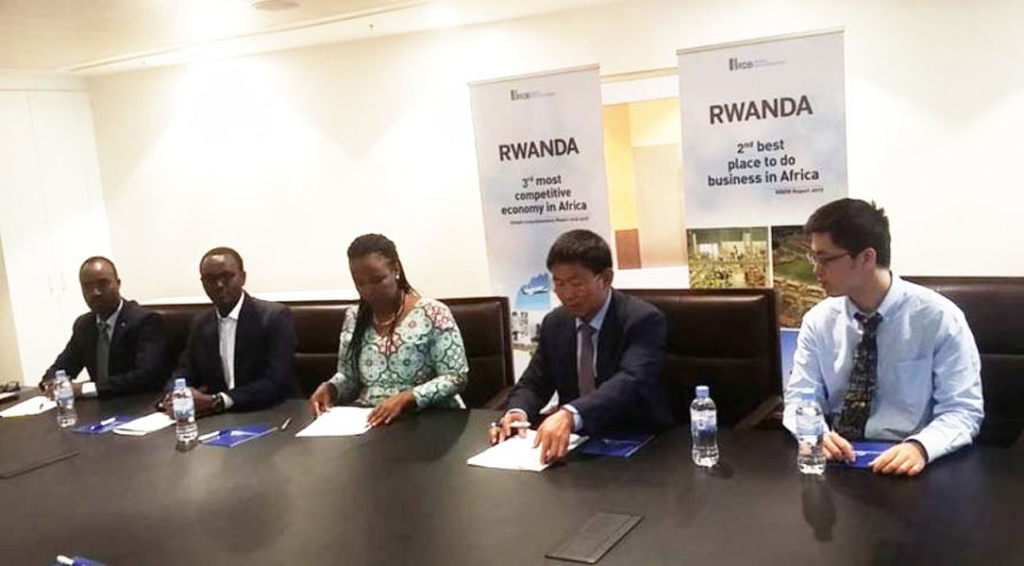 Operations of the new factory will begin in April 2018

Meanwhile, Zhang Huarong told KT Press that his decision to invest in Rwanda was solely due to ‘Rwanda’s investment climate’.

“Rwanda has efficient leadership and good environment for investment. I am very confident of my future investments in Rwanda,” he said.

Meanwhile, Huajian Group plans to invest and build five light industrial parks in the developing countries of Africa within 10 years, producing and processing clothing, shoes and hats, bags and suitcases, electronics and other light industrial products, and will in the process provide 100,000 job opportunities.

The group has set a strategic plan to invest in five African countries including Rwanda.

According to the investor, Rwanda is the center of East Africa and is the country in which Huajian Group is most interested to invest in.

In the last six years, Rwanda has witnessed unprecedented number of Chinese investments especially in the areas of tourism, ICT, Construction, agriculture, manufacturing and infrastructural development.

In infrastructure, the China Road & Bridge Corp (CRBC) has been working in Rwanda for more than 30 years, mainly undertaking contracts to build roads and bridges.

In the health sector, the 100-bed Masaka Hospital and 310-bed Kibungo Hospital and nursing school were built and equipped by the Chinese government.

Twelve medical specialists are sent to Rwanda every two years to support the Kibungo and Masaka Hospitals.