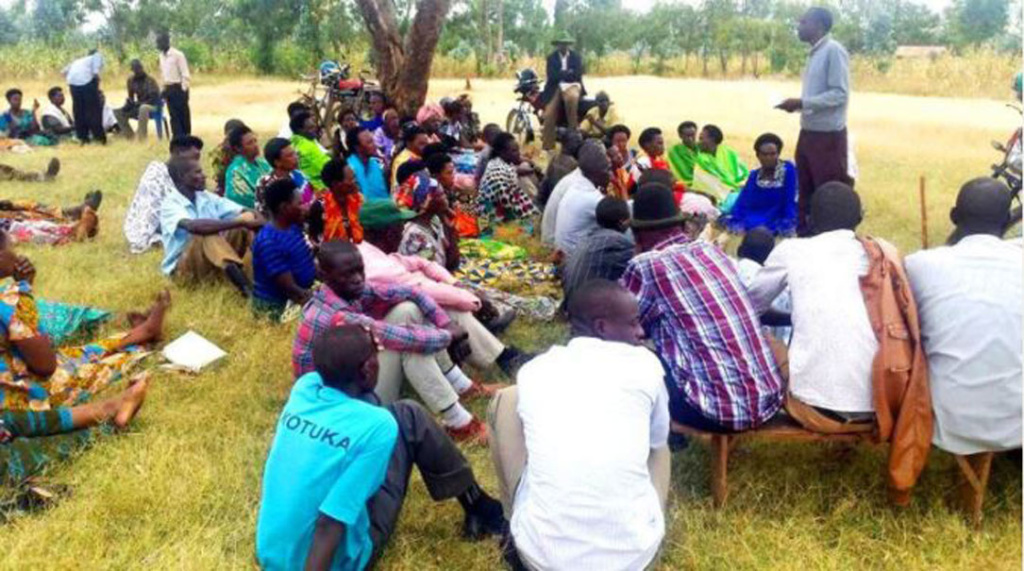 A Pentecostal pastor who was in June this year caught up in a wrangle with members of his church both from Gatsibo and Nyagatare districts has pardoned his accusers.

CEPAL church has 300 members that accuse their pastor of extorting Rwf 16.7 million under false promise that he would find scholarships for their children but each child would have to pay Rwf65, 000.

However, his accusers allege that the pastor did not honour this promise prompting his arrest and eventual release.

Ngwabije on Monday told KTPress that he had sorted the matter with Police.

“Gatsibo Police station summoned me to explain the matter and then we sorted it out, then I came back. I was never arrested,” Ngamije said.

But since the disagreement between the pastor and church members became public, he has not been seen at the Gatsibo based CEPAL church.

“He has escaped to Kigali because of that case,” some church members told KTPress.

However, Bishop Ngwabije said he has not escaped but is very busy across the country where he has 90 CEPAL church branches, “I did not escape.”

Church members told KTPress that the issue had earlier attracted intervention from Local Government Minister Francis Kaboneka who directed the Mayor on how to mutually fix the wrangle.

However, since then, church members allege that they have flocked the Mayor’s office and have been ‘ignored’.

Gatsibo mayor Richard Gasana told KTPress that it was his first time to learn about the scandal, “I will make a follow-up on that case.”

Asked where all this is heading to, Bishop Ngwabije said “This was all about tarnishing my name but already forgave them as God’s servant.”

The Bishop said, his church started an association, Tumurere Mu Muryango which included 259 members from Christians at his church and neighbours.

He said they raised between Rwf 14,000 and Rwf 16,000 each, to build a nursery school near the church, which, he said, was intended to develop the community.

But CEPAL church members have stuck to their position saying the Rwf 65,000 paid by each member was meant to register their children under Compassion International – a charity organization that promotes the well-being of children and poor households through Christian churches.

Church members said he never recommended any child to Compassion International and when they asked him to return their money, the answer was that the money they raised was not refundable, because “it was intended for community activities in the area,” and Ngwabije has mainatained this stand till this day.”

According to Ingabire Irene the facilitator of Compassion International in Gatsibo district, her charity organisation has no dealings with the embattled pastor.

According to Bishop Ngwabije, he is currently away from Gatsibo and Nyagatare church because “I just want them to sort themselves out on that issue. I did not flee the place,” he said.

“I cannot pay back because I swindled no money, everything was aimed at community development and the outcome is available for all to see,” Bishop Ngwabije told KT Press on Monday.

He said he has sorted out the issue with police and “pardoned those accusing me baseless arguments.