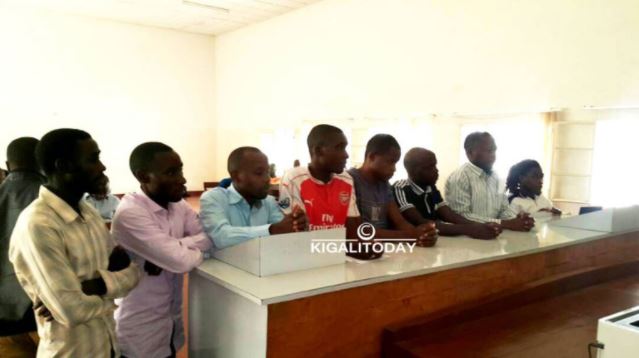 Eight of the suspects remanded to 30-days in prison pending investigations . One suspect was set free

The Nyarugenge Intermediate Court has today set free one suspect and remanded eight others accused of belonging to a rebel group formed to overthrow the government.

Eight of the suspects will spend the next 30 days behind bars to pave way for detailed investigation into their case.

The case that involves nine suspects started on September 20th with defense seeking bail and or provisional remand.

On Tuesday, the court released one suspect, Janvier Twagirayezu

Court president said that Twagirayezu should be released immediately on grounds of lack of pinning evidence to the charges levied on him by prosecution.

Twagirayezu is a former teacher in Democratic Republic of Congo (DRC) and Graduate at former Kigali Institute of Science and Technology (KIST).

He was accused of having vital information on plans of FDU but concealed it from security organs.

Rwanda Dissidents Pay $440,000 for Hearing in US Congress