Rwanda, Korea Telecom in Deal to Install ATMs at all SACCOs 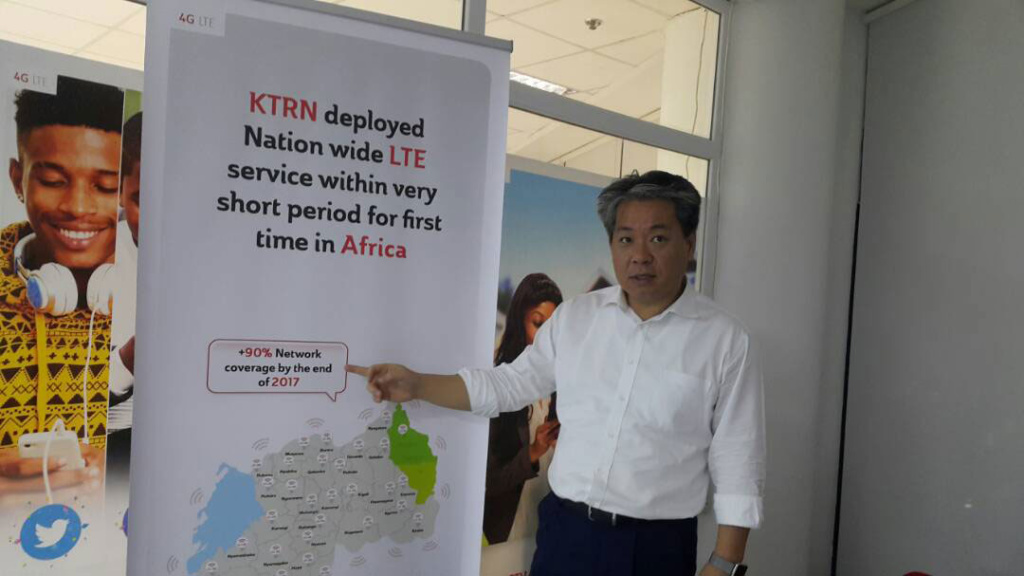 All savings and credit banks-(Saccos) across the country could have ATM machines installed and connected to 4G online internet banking system by next year.

After attaining 85% coverage of 4G LTE internet in Rwanda, Korea Telecom Rwanda Network (KTRN) is set to introduce internet banking targeting local SACCOs at a lower cost than the existing one.

To make this project feasible, KTRN plans to have at least 416 ATM machines installed at every SACCO in all sectors countrywide. The ATMs will be connected to the 4G network- with one machine installation costing between $2000 and $2500.

“There are no expenses, no employee salaries required in providing the service. We are in discussions with relevant institutions on how this product can be introduced to Rwanda” said Han-Sung Yoon (Patrick) the CEO of KTRN.

The 4G online internet banking system is already operational in Korea and was launched this year.

So far KTRN has rolled out 85% of the 4G internet and this coverage is set to reach 95% by November- which could make Rwanda the first country in Africa to have a full coverage of 4G LTE internet.

KTRN is currently in talks with Rwanda government to have this internet data used to create more products and services to create more ICT jobs as the country looks into becoming a regional internet hub.

“We have nationwide broadband wireless network. We can do anything with 4G internet to make life easier, more digitalized and help in equal distribution of resources no matter ones social status,” Sung Yoon said.

Rwanda Utility and Regulation Agency (RURA) statistics indicate that internet service subscribers have continued to show a tremendous increase from 147,837 users in 2009 to 3.6 million in 2016.

This increase is mainly attributed to the use of mobile Internet segment backed by the use of android devices. Internet based value added services have been limited to banking, security and online payments.

According to the recent outlook of the second half of 2017 Monetary Policy and Financial Stability statistics by Rwanda Central Bank the number of ATMs grew from 371 in 2015 to 405 in 2017 while number of branches increased from 161 to 265 in the same period.