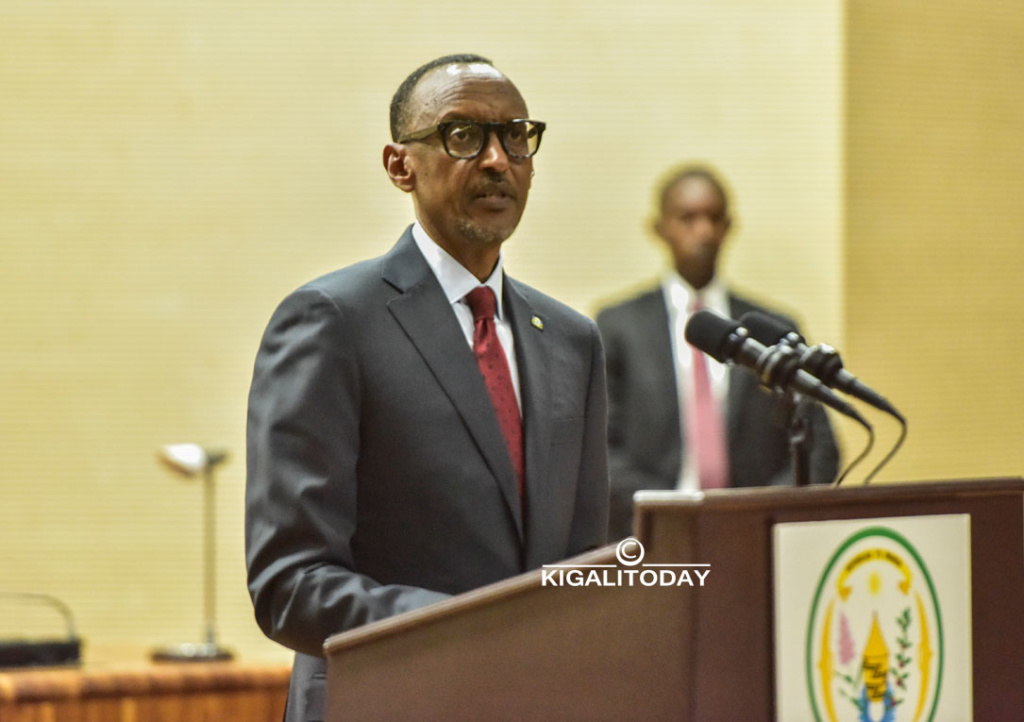 President Paul Kagame has asked the Prime Minister and National Institute of Statistics of Rwanda (NISR) to help improve evaluation of performance contracts based on evidence and statistics.

Shortly before the signing of the contracts, Prime Minister, Dr. Edourd Ngirente presented how districts performed in the previous year.

Kagame, who said is still dissatisfied by the way district mayors achieve their performance targets, asked the Prime Minister to lead the exercise and ensure the performance results are statistic-based.

“We can use the expertise and organization in public and private institutions in evaluation of Imihigo, so that they too can have a sense of where we are,” the President said.

The President explained that he does not undermine the way evaluation has been conducted, but said statistics is the only measurement tool that will determine the outcome of performance. 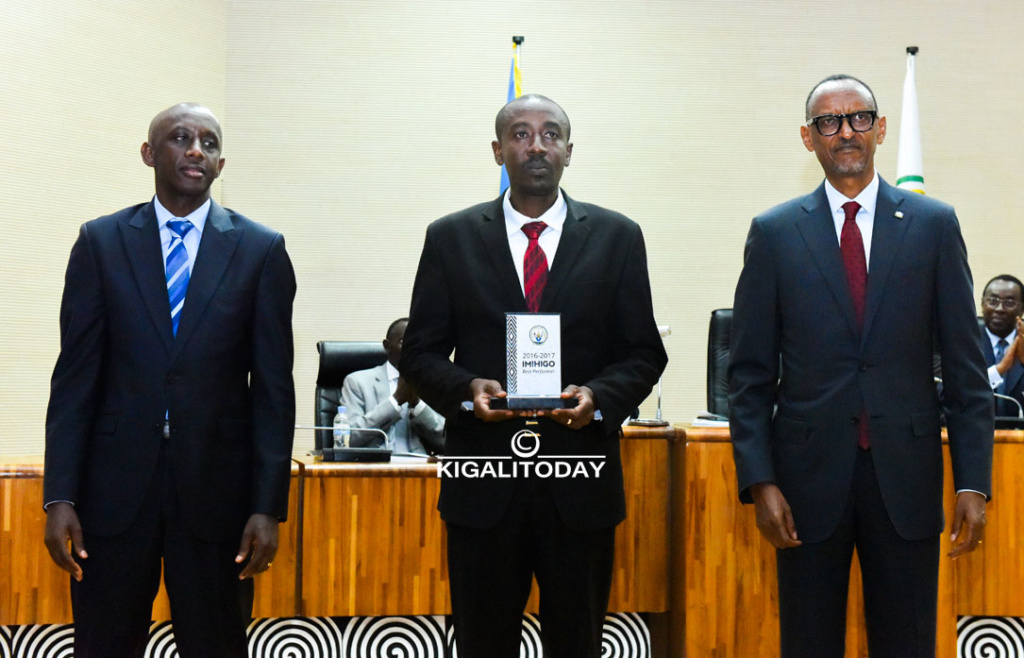 “For the statistics we need to have real numbers and the real picture, data, and information on everything so that we can know where we are heading or derailing. That is to say we need evidence,” Kagame said after awarding the top three districts today at the parliamentary building in the capital Kigali.

Performance contracts, commonly known as ‘Imihigo’ is a Rwandan home grown initiative launched in 2006 to evaluate the performance of districts every year.

This year’s performance evaluation showed stunning performances which compelled the president to start his speech by thanking the new district mayors.

Rwamagana district from Eastern Province and Musanze district in the Northern Province changed the face of last year’s performance list – with Rwamagana (82.2%) climbing from 17th position to the top of all 30 district followed by Musanze (81.28%).

“Imihigo is not just a ceremony. It is about achieving our goal of transforming the lives of every citizen,” he said.

He however acknowledged the performance of all districts, but said “It is not enough and it should be a lesson for both the winning and losing sides to make necessary adjustments so that the country moves at the same pace of development.” 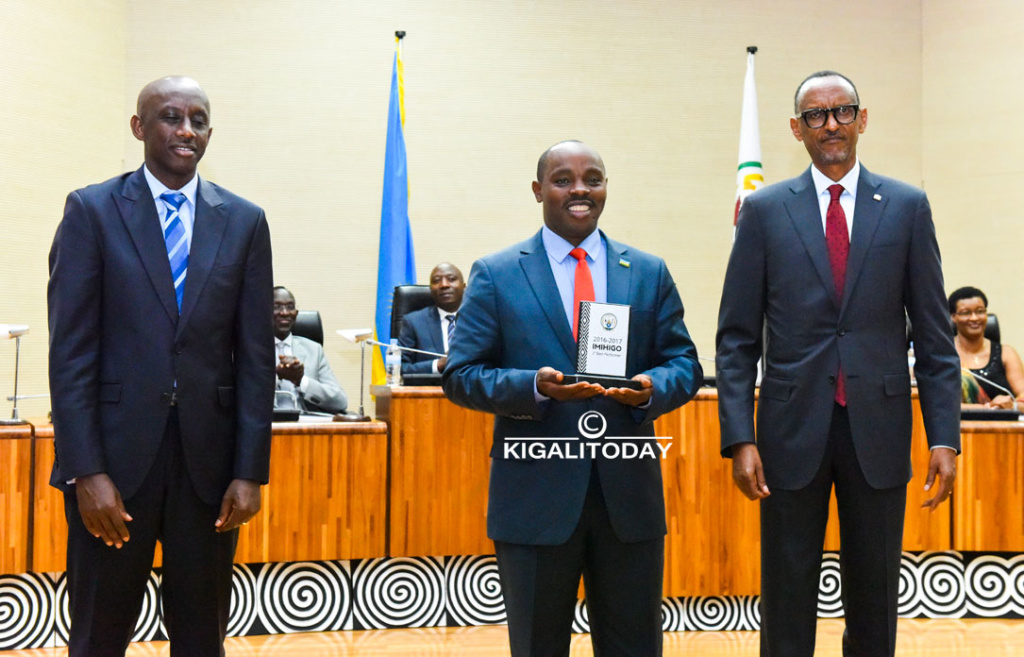 No room for complacency

Kagame hinted on taking action on local leaders who exhibit negligence in serving citizens. He said he is impatient with the level of abuse of power and the cost of bad delivery of services.

“It is a must to provide services to citizens. It is a responsibility and you have no choice by the position you are in. I am begging you and asking you and you should know what this means.”

He added: “We have a culture of asking politely and there is a time when I will have to ask you personally and in a way that you know well as a leader with responsibility.”

This week, Rwanda marked the customer care week which has seen private and public organizations wake up to serve clients with a difference.

But at the district level, residents have continued to complain in media and during citizen outreach programs – citing negligence among local leaders in resolving their problems. 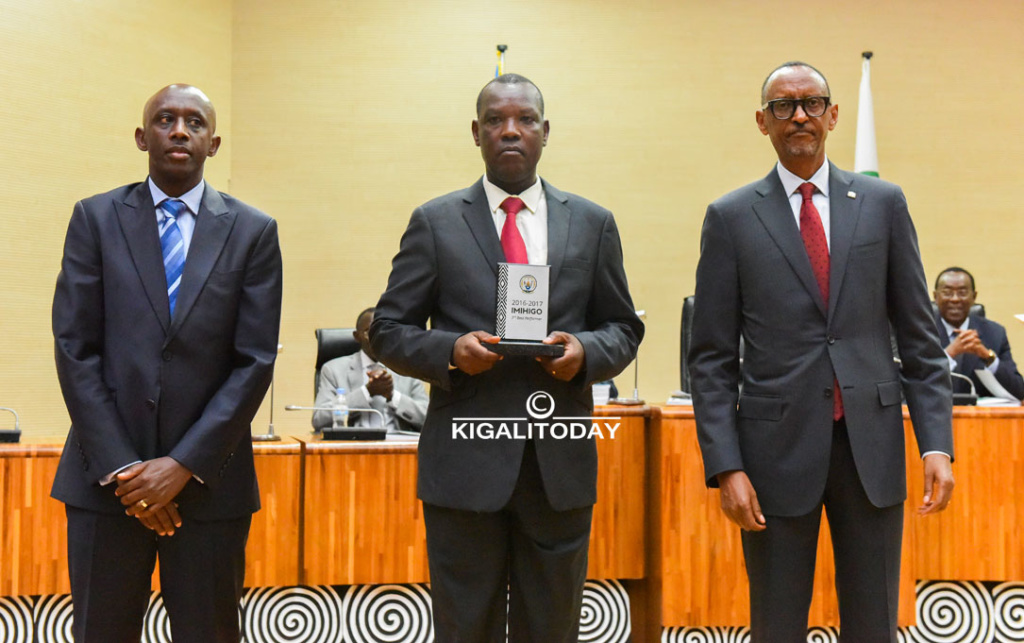 The President in his speech advised that working relations among local leaders will be the only solution to achieve performance targets.

“We will repeat this over again because of its importance or because of the current situation so that it can have impacting change. Working relations have not moved anywhere yet. Even when we are on the same side. If we continue like this we will not move anywhere,” he said. 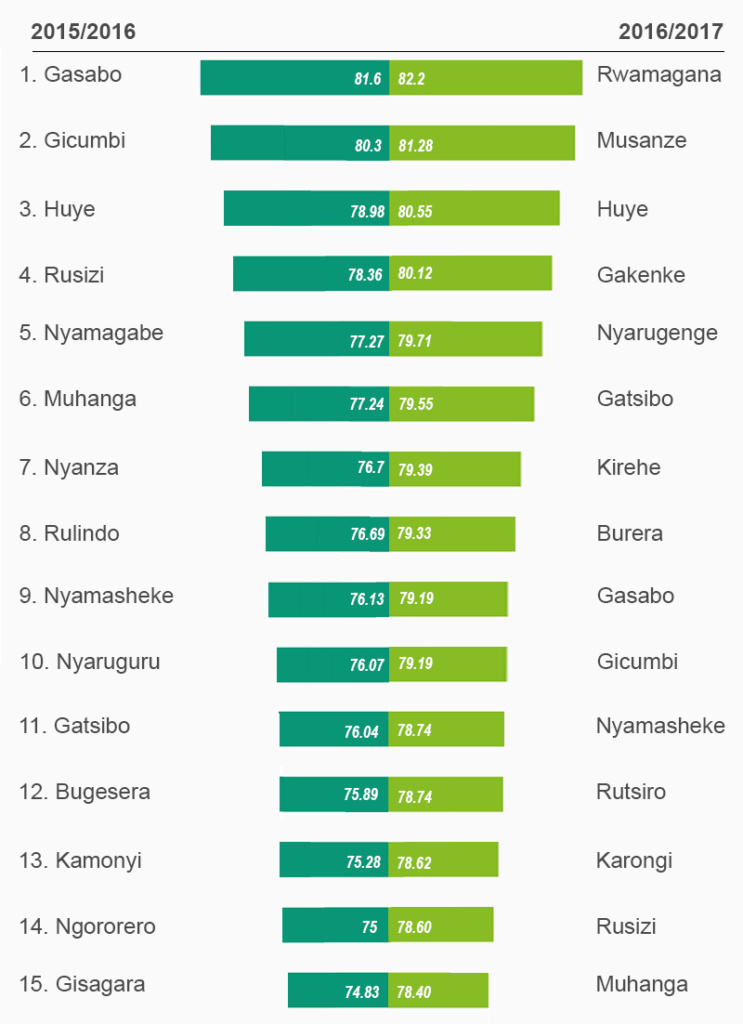 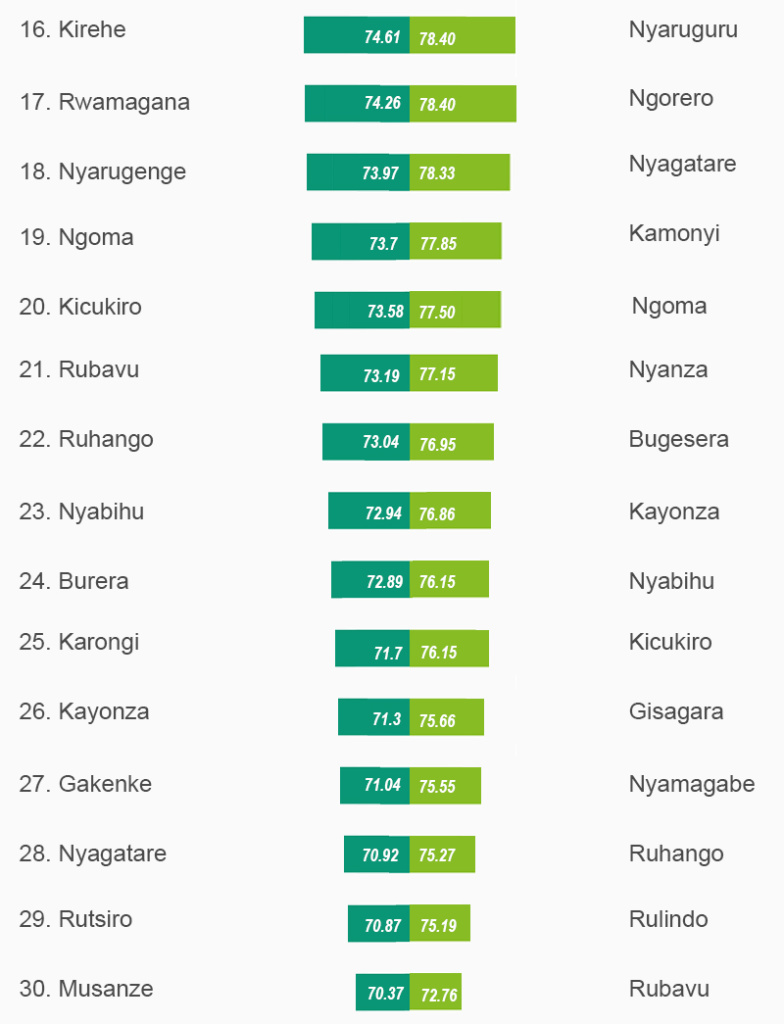