All eyes were at the parliamentary building this Friday as district mayors reported before the Head of State their performance for the year that has just concluded.

The event, traditionally known as Guhigura Imihigo is rooted in Rwandan culture where the community had to present before the supreme authority of Rwanda the tactics they use to fight for the country sovereignty.

The best fighter was allowed to drink from Inzoga y’Abagabo, a reward of the brave.

In the current context, 30 district mayors convene at parliamentary building and pledge before the president to achieve a specific and quantifiable number of activities within a year, in the public interest.

At the same time, they present a report of what they achieved in the previous year, and the best is rewarded, while the worst is corrected.

In the performance contract, the mayor engages constituents; they share both failures and success.

The performance contracts ‘Imihigo’ evaluation is based on three pillars of justice and good governance, social cluster and economic cluster.

This year, justice and good governance pillars performed better than the rest with 70.3%, social cluster came with 69, 8% while economic cluster got 65, 9%.

For districts performance, Rwamagana and Musanze scored highest with 82.2% and 81.28% while Huye district maintained third position for the last two consecutive years.

The performance did also come with surprises, example Kicukiro district known of leading among the top ten has declined towards the bottom of the list every other year. Last year, it was 20th position this year, it went 5 positions backward.

“We have however, noted a fair competition with the score ranging between 82% and 72%,” Ladislas Ngendahimana, Spoksperson for Ministry of local government told KT Press.

On the contrary, the Northern Province with two districts among the top ten, has now 4, out of five districts of the province.

The Eastern province moves in top ten with three districts; last year, it was not represented in the top giants.

Ngendahimana noted that, “a sense of harmonization is taking shape among districts staff and this is improving performance.” 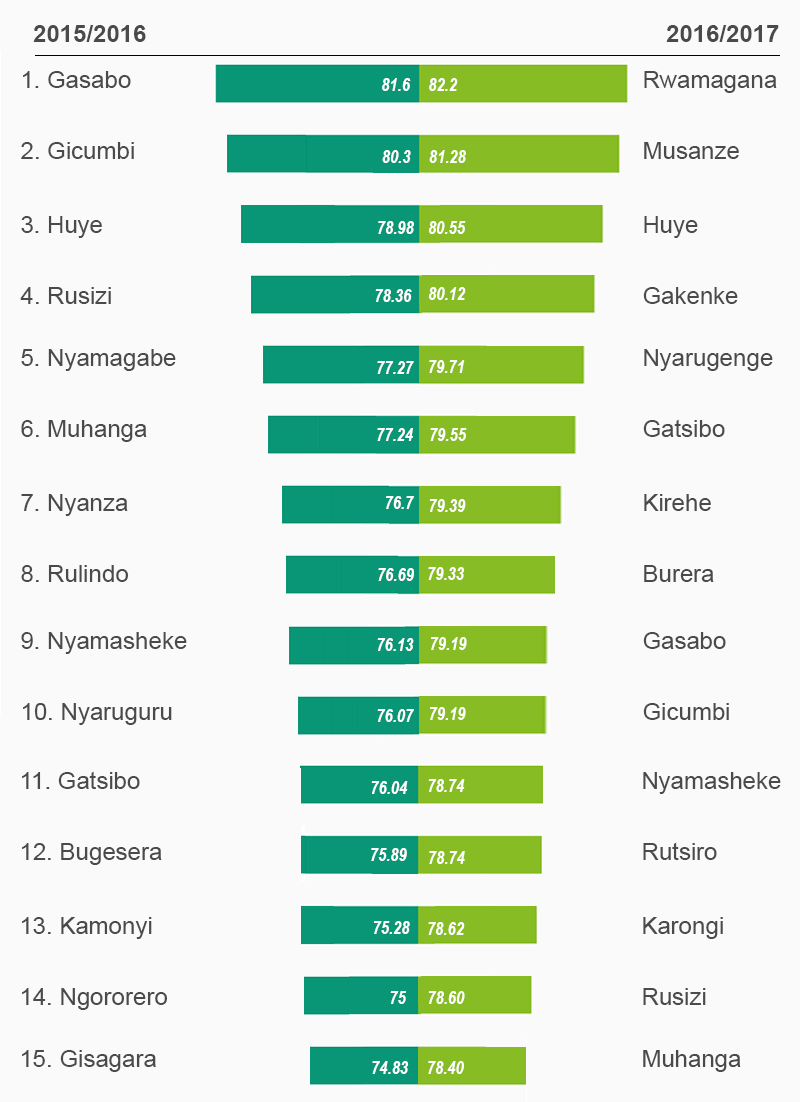 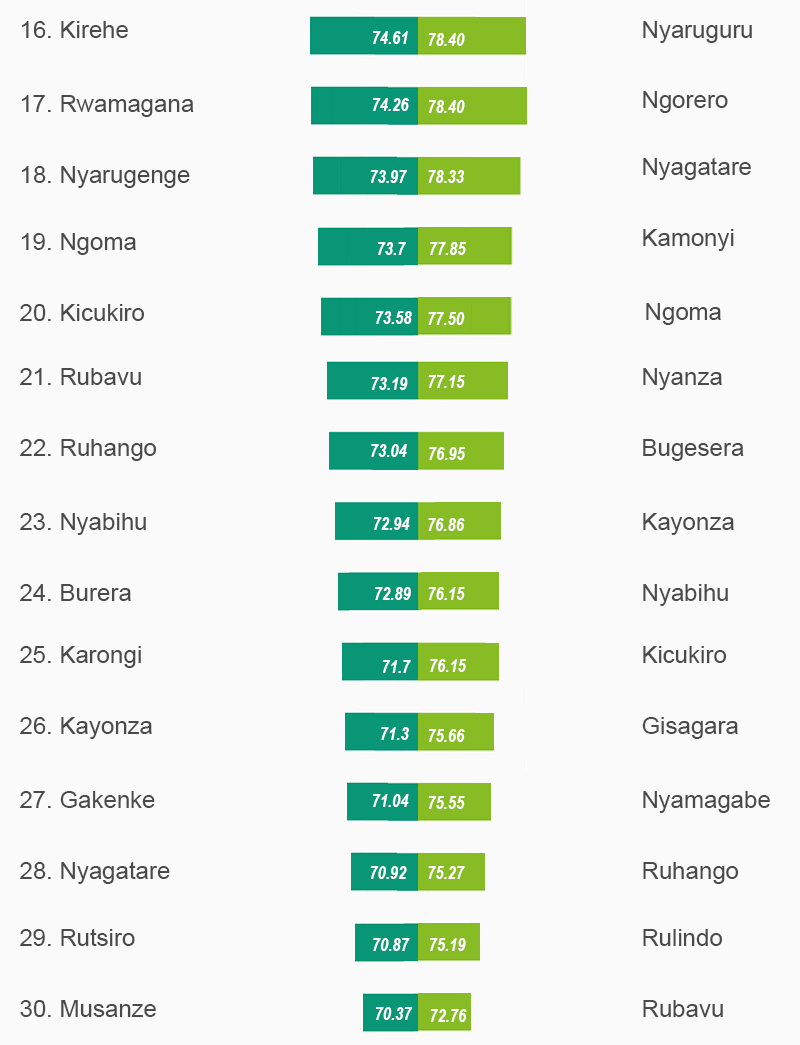