It rained heavily this morning across the country as millions of Rwandans were conducting community work-Umuganda.

Though it is rainy season in Rwanda, people did not expect so much rain and as a matter of fact, they had responded massively to the umuganda activities.

President Paul Kagame was part of Umuganda where he participated in the construction of a school in Gahanga sector, Kicukiro district before inauguration of Gahanga cricket oval, an international standard cricket facility.

Thousands of citizen that had come for Umuganda were obliged to seek haven at nearby homes, while others sought refuge under trees which did not help much.

Rwandans maintain that the metrology agency is not giving precise forecast to enable them take required precautions.

Officials from the Rwanda Ministry of Disaster Management and Refugees recently told KT Radio that they do not get precise and accurate information on the weather forecast that could reach grassroots levels to mitigate losses caused by heavy rains  and droughts.

“Institutions are still building their capacities and we are yet to get accurate and precise data on weather forecast from Rwanda Meteorology,” said Alphonse Hishamunda, Acting Director of Risk Reduction and Preparedness Unit in the Ministry of Disaster Management and Refugee Affairs.

Hishamunda said they get general information limited on district level and that makes it difficult to alert people on precise pending disasters.

“We see some improvement in Rwanda Meteorology, but we wish we had decentralized information up to the sector level at least.”

However, Florbert Vuguziga, the Weather and Climate Services and Applications Officer in Rwanda Meteorology, says the institution has apparatus and required capacity to collect and analyze data to provide with concerned institutions accurate weather information.

“We have the capacity to provide timely information on the weather forecast, but all depends on how the information we release is used by people we share it with.” 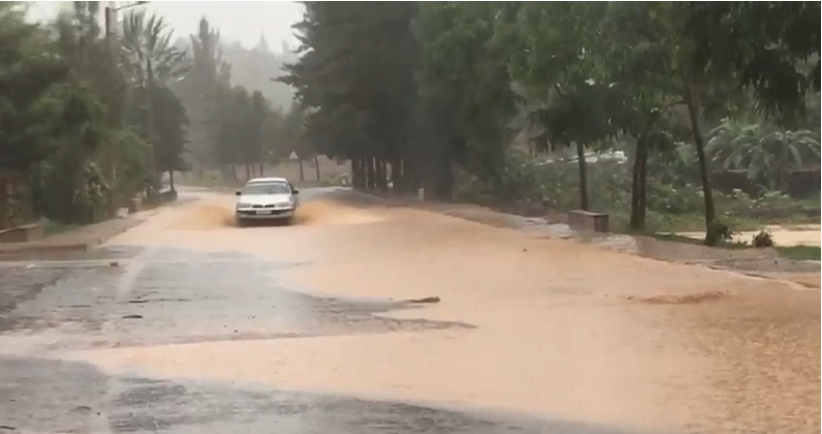 Midimar admits they get weather information from the Rwanda Meteorology, but says it is still general to help alerting people.

“In their weather forecast they say, for example, that there will be heavy rain with thunders in Musanze. Will you tell people in the whole district to vacate the place,” asks Fernande Nyiransabimana, an officer in charge of dissemination and trainings in Midimar.

Nyiransabimana believes that when the Rwanda Meteorology will be able to tell precisely when and where it is heavily raining, that is when they will be able to save peoples’ lives and property by alerting them about disaster risks.

The Rwanda Meteorology official did not give any comment on whether they could decentralize the weather data captured at the sector level and said instead they started a system of sharing information by SMS.

“Anyone who wants information on weather forecast gets it, be it from our websites, social media and even on mass media, we provide timely information,” said Vuguziga.

For those who need weather forecast information they should register to receive SMS.

Statistics from Midimar indicate that from January-October 11ththis year, 52 people have been killed by disasters of different types, 119 people were injured, and 127 houses were completely destroyed while 4620 houses were partially destroyed.