Victims HRW Alleges were “Executed” by Rwanda Government are Alive 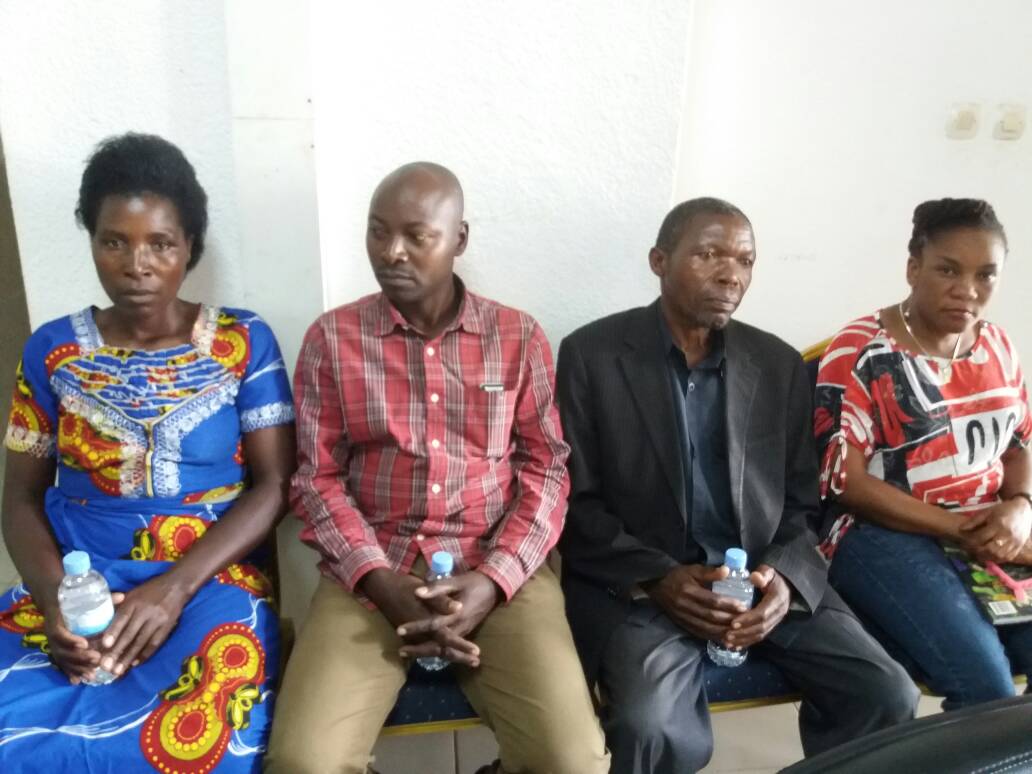 In July, Human Rights Watch claimed in a lengthy document it had found 37 Rwandans in the districts of Rutsiro and Rubavu were “summarily executed” by what it called “Rwandan security forces”. But an investigation released Friday shows they are either alive, died of natural causes or the names given by HRW are of people who do not exist.

The probe conducted by the independent National Human Rights Commission also found that the HRW researcher assigned by his organisation to conduct the ground investigation actually arrived in western Rwanda and spoke to different people, while showing them names of supposedly missing people. In all the instances, he left business cards and promised to return after two weeks to hear from that particula witness, but never returned.

At a press conference in Kigali, the Chairperson of the Commission, Mrs. Nirere Madeleine said the “entire (HRW) report is built on fabricated information”. 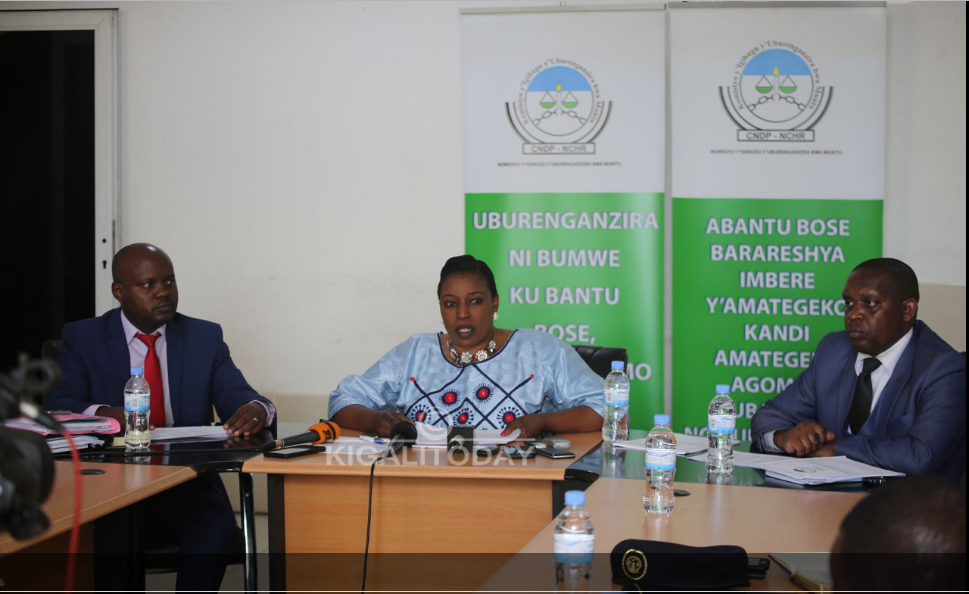 In the meticulously written report, the commission details the case of each of the people allegedly executed. KT Press read through the 26-page report and here is the sum up:

–  In the  HRW report,  names of one person are mistaken. The HRW report talks about Nsabiyeze Pascal while  the correct names are Nsabiyeze Alias. 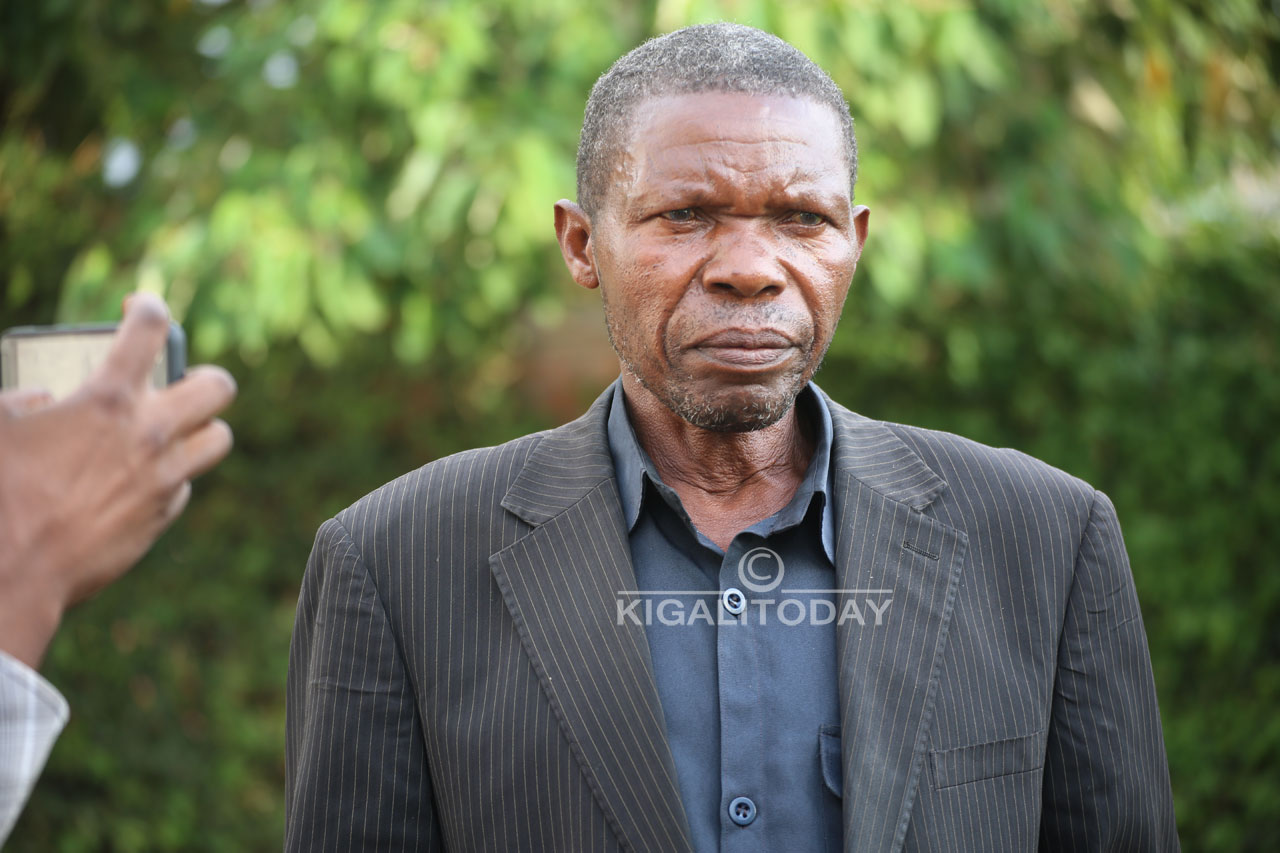 Alphonse Majyambere. HRW claimed he was killed by security organs. He testified today

During its investigation, the Commission visited Habyalimana Elias’ home where they met his wife NIKUZE Pelagie. It was discovered her husband lives in Belgium since 2009. The information was confirmed by his father Ngwije Samson residing in Muhororo Vilage, Nyarubye Cell in Musasa Sector, says the Commission in its report. There is even a photo of him taken from Belgium.

In this group, strange information reported by HRW has been found false by the Rwanda rights commission. For example: Bihibindi never stole a cow and his family says he fell into River Sebeya from a bridge on that river. He was going home late in the evening and he slipped into the river. As for Minani Samuel, HRW gave different names – he is actually MINANI Yamweli and died on Lake Kivu due bad weather caused by a storm that capsised his fishing boat.

Pelagie Nikuze. HRW reported that her husband was killed by government. She said her husband is alive and healthy

– One person  reportedly executed by the Rwanda Defence Forces  or police officers was actually shot dead by the Congolese soldiers on the DR Congo side of the lake. The person is called: Tuyisenge Moise;

For one person reportedly executed by  an RDF  soldier;  the Commission found that the perpetrator Captain NKURUNZIZA François was charged and sentenced to 10 years in prison and, currently serving his sentence at Mulindi Military Prison. The victim name is Nzitakuze Emmanuel;

– As for 2 persons reported by the HRW to have been killed by individuals on orders from authorities, the Commission established that perpetrators were prosecuted and sentenced  by courts as they committed the offence on their own behalf. These include: Barayavuga Jean Claude and Uzamutuma Théoneste;

–  The allegation that 10 persons reported by  HRW to have been executed by the Rwanda military or police officers after  being accused of theft  and executed on   orders according to which  all thieves must be killed is not true. At different times, those individuals were shot while  crossing the Cyanzarwe Valley from the DRC, during the night; a pathway usually used by FDLR elements to cross to Rwanda. Local authorities have  forbidden residents to cross the valley during the night  for security purposes . These people include:  Tuyishime Ernest, Nirere Jeanine, Niyonzima Benjamin, Nshimiyimana Innocent, Rukundo Fulgence, Gasore, Iradukunda Prosper, Mukeshimana Joseph, Hakizimana Pierre, Muke Flavien alias Basare. 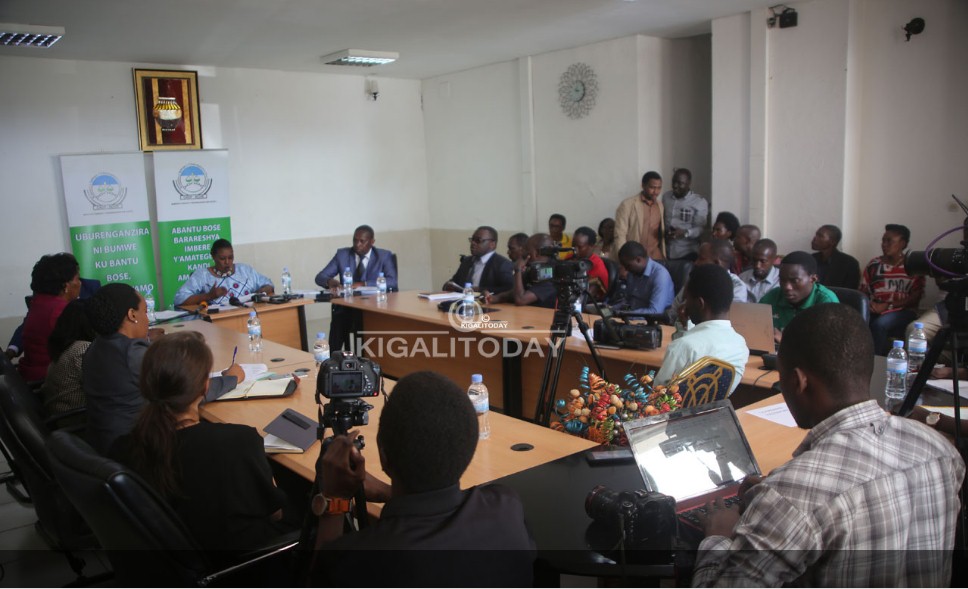 In its report, the Commission also presented  its own findings on the notion contained in the  HRW report that “All Thieves must Be Killed” implying  that the directive came from  local  authorities.

During its investigation, the Commission found that a Researcher in the Africa Division of HRW called LEWIS Mudge travelled to Boneza Sector, Rutsiro District on 6 July 2017 where he met with NIRERE Etienne, the Exective Secretary of Boneza Sector. Mudge showed the official a book containing a list of the people from his Sector that were reportedly killed and asked him whether he had some information about it.

The Executive Secretary says he wrote down the list  and only responded that he had no information thereon but that he was going to look in the matter. The researcher left him with his ID card and told him he would come back two weeks after, which he did not do. He instead included their alleged discussions in the report that HRW published.

A furious commission chairperson said it was unvelievable how far Human Rights Watch was willing to go to keep itself relevant, even if it meant announcing deaths of people who are alive.

“Based on the findings of our report, we call upon international and national institutions to which the Human Rights Watch report was submitted to disregard its contents including the recommendations,” said the commission chairperson, alongside her colleagues.

Meanwhile, a recorded videos of witnesses of people who died from several diseases instead of the HRW fabricated claims. They also include a person who was reported dead while he is alive.

Kagame Emphasises on Why Rwanda Opted to Invest in Its People