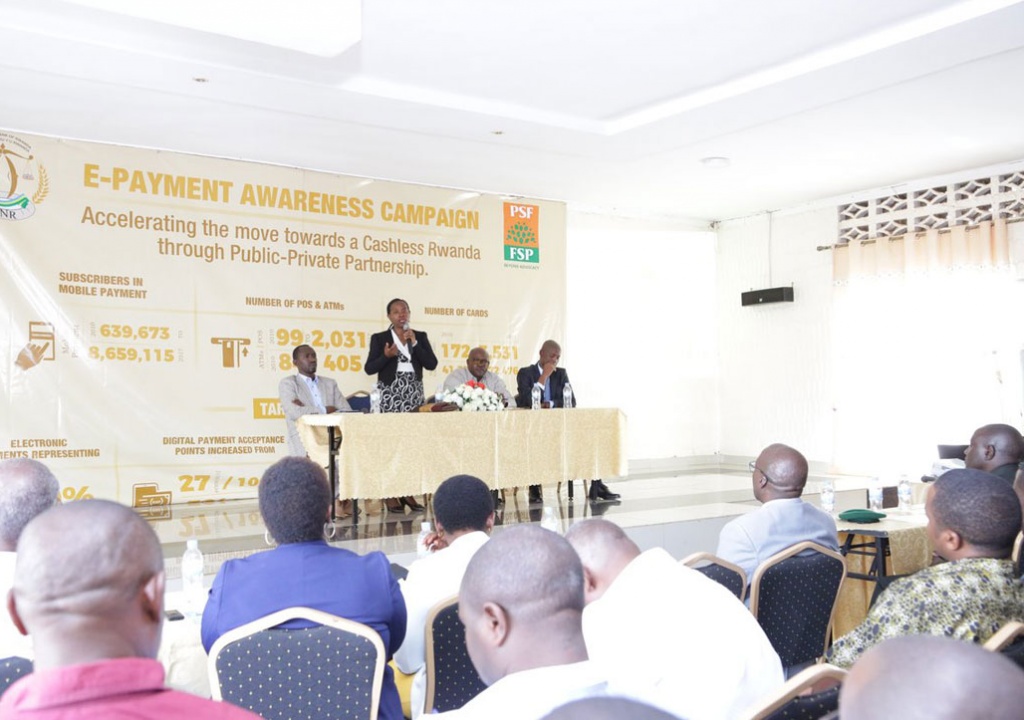 Members of the business community in Rusizi district are requesting for government payment services to be brought closer to cut on the high costs of transport incurred in making payments to government.

For example citizens say that they spend over eight hours travelling and pay over Rwf8000 to travel from Butare sector to make payments at a nearby center in Nyakabuye sector.

“It’s very costly to make payments that are almost equal to the amount of money spent on transport. Imagine paying Rwf1000 for taxes and you end up paying more,” John Minani said during a citizen outreach in the ongoing national campaign to enhance a cashless economy in Rwanda.

The campaign was taken to the furthest districts, Rusizi and Nyamaseke which border Rwanda and DR Congo, and account for the largest informal trade between the two countries.

Jules Ntabwoba, an official of Irembo- an online portal for paying government services said that there is need to reach every region of the country as part of the planned activities.

Irembo plans to increase the amount of e-services accessible to citizens to over 100 services by the end of 2017, and to increase our nationwide access points to get even closer to each citizen in the country.

However the Central Bank Deputy Governor, Monique Nsanzabaganwa hailed the region for achievements in electronic purchase.

For example today Rusizi and Nyamaseke resident do not have to board a plane to go and purchase your products abroad, or even go to Kigali and buy products for your business, as a result of e-payment systems.

“As we embrace a cashless Rwanda, let’s avoid withdrawing money, let’s continue the wallet to wallet- buy, send money using your phone or Points of Sale (POS’) avoid withdrawing, the more you withdraw the higher the charges and the cost,” Nsanzabaganwa said.

Currently all government services, like children registration, national identity cards and marriage certificates, among others are paid through the Irembo platform, however the new drive plans to have all payments made government to government going digital at 70%.

In the meantime, the Rwanda stock markets today remained constant with no changes in trading of shares from the previous end of the week transactions.