Rwanda and Estonia have started exploring ways of creating a professional network between ICT entrepreneurs which would benefit both countries in the current digital era.

The move follows a 2-day working visit by the President of Estonia Her Excellency Kersti Kaljulaid who showed much interest in ICT oriented partnership between both countries.

Upon arrival to Rwanda on November 16th, Kaljulaid visited the Kigali Genocide memorial centre and paid respect to 250,000 Tutsi victims of the 1994 Genocide against Tutsi laid at the place.

She later on held talks with President Paul Kagame at Village Urugwiro.

Kaljulaid dedicated the second day of her visit to learning what Rwanda has achieved in both agriculture and ICT.

This morning, she held talks with Geraldine Mukeshimana, Minister of Agriculture and Animal Husbandry.

In the afternoon, Estonia president, accompanied by Minister of ICT and Telecommunication Philbert Nsengimana, visited Telecom house, which is a hub of ICT entrepreneurs among other activities.

President Kaljulaid also visited K-Lab, a centre that provides an open space for IT entrepreneurs to collaborate and innovate.

Minister Nsengimana said that he discussed with Estonia president ways Rwandan young ICT entrepreneurs can create a network of information and knowledge sharing which would benefit both countries.

“You are well aware that Skype Telecommunication Company was created by Estonians before it was sold to Microsoft earning them millions of dollars. We can also learn from their knowledge and build software that can sell at international markets,”Nsengimana said.

Meanwhile, at Kigali Memorial Centre, President Kaljulaid expressed sympathy towards Genocide survivors and praised Rwandan resilience after a tragedy where a million Tutsi were killed in a hundred days.

“On behalf of all Estonian citizens, I offer our condolences to the people of Rwanda, to the survivors and the families of the victims of the Genocide of the Tutsi,” reads part of her statement in the guest book.

“Unfortunately our world is not better today and unfortunately while physical wounds may heal, the hearts remain broken.”

She commended Rwandans efforts to overcome the terrible period. 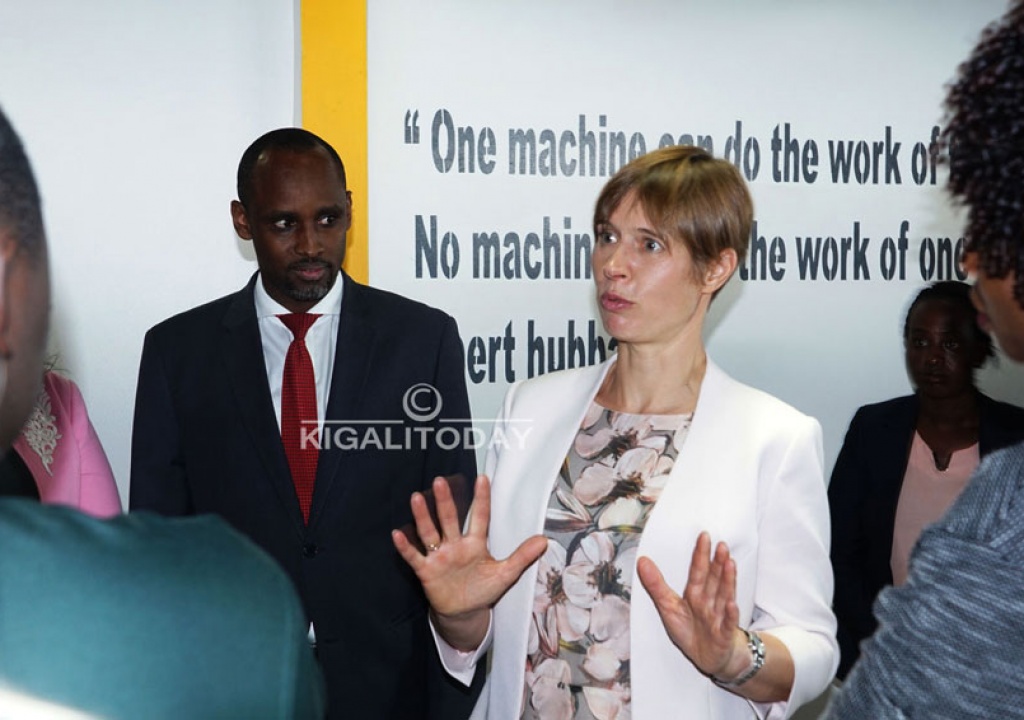