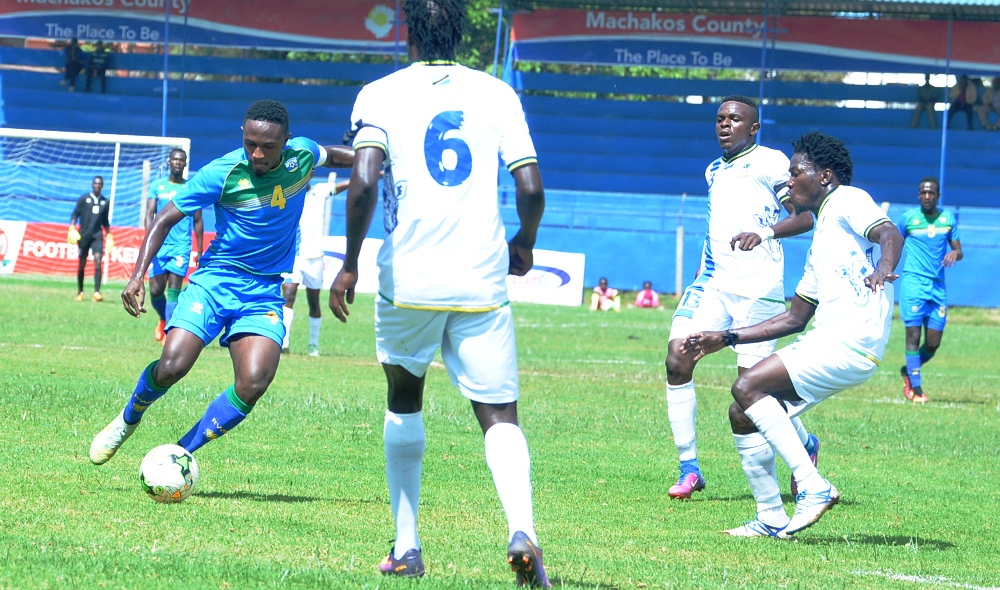 Rwanda’s Amavubi managed a 2-1 win over Tanzania Mainland in the final Group A match played on Saturday at Kenyatta Stadium in Machakos county.

The win was Rwanda’s maiden victory at the 39th edition of the Cecafa Senior Challenge Cup hence bowed out of the tournament with only four points in three matches played in this year’s edition.

On Saturday, Rwanda secured an early lead in the 18th minute courtesy of a strike from nineteen- year-old APR striker Nshuti Innocent before Oman-based Daniel Lyanga equalised a minute before the half-hour mark.

Amavubi then secured the winning goal from substitute striker Birahimire Abeddy who grabbed a 65th minute.

The loss for Tanzania left them at the bottom of the standings with one point in three matches.

Another Group A encounter between hosts Kenya and Zanzibar ended in a goalless draw in the second game played in Machakos.

Zanzibar became the first team to book a semi-final ticket after the draw. The result takes the islanders to seven points with one group match left, while Kenya remain second with five.

Action continues on Sunday in Kakamega with defending champions Uganda taking on Ethiopia. Uganda tops Group B with four points, having a superior goal difference over Burundi. Ethiopia is placed third with three points while South Sudan is pointless in two matches.

The winner between Uganda and Burundi will seal a place in the last four of the Cecafa Challenge Cup tournament.

Kagame Campaigns for Greg Wyler As US Top Tech Person 2017