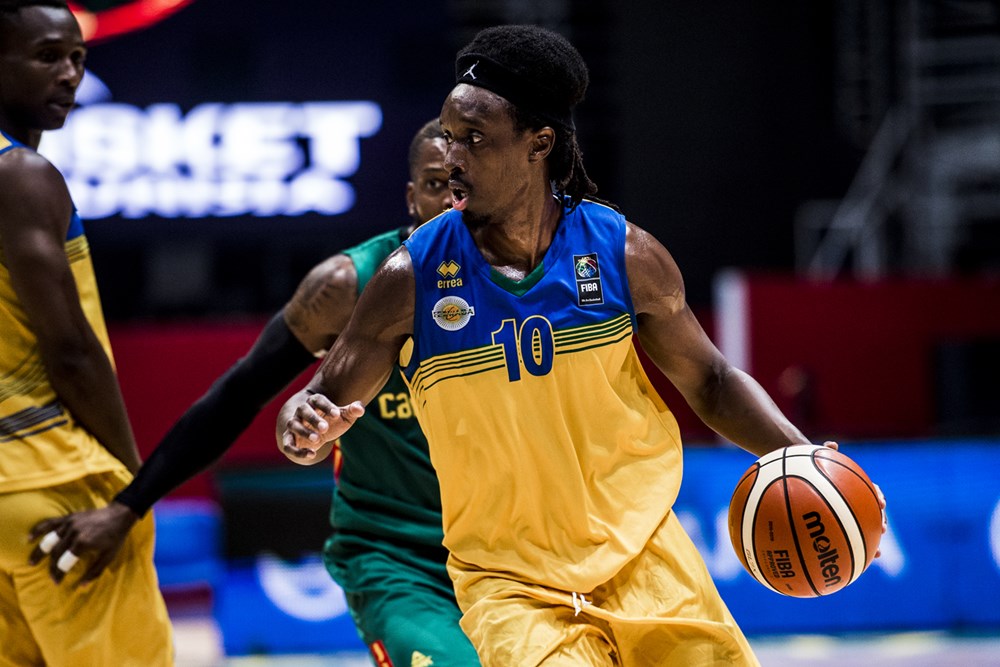 Rwanda’s professional shooting guard player Hamza Ruhezamihigo has joined Rwanda men’s basketball team as they gear up for the this month’s first-leg of Group B of the FIBA Basketball World Cup 2019 African Qualifiers in Bamako, Mali.

Ruhezamihigo, who plies his profession for Canadian side Concordia Mantreal arrived in the country on Tuesday. He is expected to engage in double training session with the rest of his teammates today.

Speaking to KT Press on Tuesday, the Hoops national team head coach Moise Mutokambali said, “Among all the professional players that we needed, we have managed to only secure the sercices of Hamza Ruhezamihigo and Kenneth Gasana for this month’s first-leg of qualifiers. The rest have been unable to come due to college and club commitments,”

“Ruhezamihigo is already in camp now following his arrival on Tuesday. Gasana is still engaged with his club but we have talked, we will link up with him in Mali ahead of the tournament,”

“The preparations are going on well, we are in the final touches now and all in all, the mood is positive, the boys are ready to compete for honours in the first leg of the qualifiers. Our aim is to win our respective matches next week,” added Mutokambali.

Rwanda aims to reach the 12-team second-round of the African Qualifiers and they will take their chances later in the competition.

From February 23-25, Rwanda will face former Africa champions Nigeria, hosts Mali and archrivals Uganda at an event that will mark Rwanda’s first appearance since they claimed a 1-2 mark at last year’s FIBA AfroBasket.

The top three teams from each group will advance to the second round, where the 12 qualified teams will be divided in two groups (E and F) of six each.

The first legs of the second-round tournament take place during the fourth window (September 10-18), with the return leg to follow during the fifth window (November 26-December 4) and the sixth window (February 20-28, 2019).

The top two teams from groups E and F and the best third-ranked team overall will secure their tickets for the FIBA Basketball World Cup 2019. The first-ever 32-team edition of FIBA’s flagship competition will take place from August 31-September 15, 2019, in China.