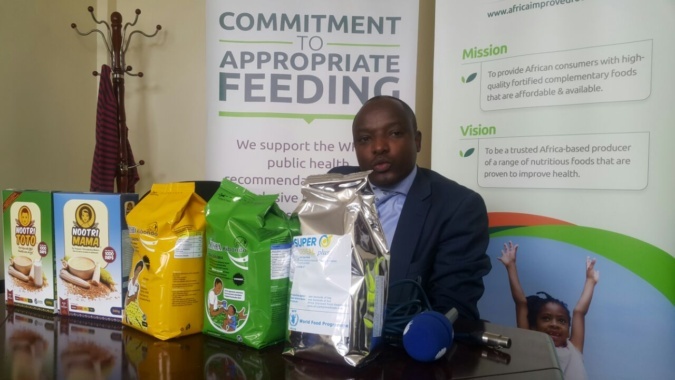 Some tastes of AIF fortiefid food

A Rwandan food processing factory, Africa Improved Foods (AIF) has been named among the finalists of the 2018 World Changing Ideas Awards (WCIA), in the food category.

The WCIA awards were presented on April 9th during the second-annual event in NewYork, with winners picked from a list of 240 finalists, chosen from a pool of nearly 1,400 total entries globally.

“We DSM thrilled that two of our ventures -AIFRwanda & DSMNiaga were named Finalists” said Hugh Welsh, the President and General Counsel of DSM North America.

The second-annual WCIA celebrated businesses, policies, and nonprofits that are poised to help shift society to a more sustainable and more equitable future.

Fascinating winner of the 2018 WCIA also included new innovations like DigiFarm- a Kenyan Vodafone mobile platform which gives farmers advice, lets them buy seeds and fertilizer, and can even give them loans–all from a simple phone feature.

Others included Lia- by Lia Diagnostics-the world’s first flushable pregnancy test offering the same 99% accuracy rate as existing stick-type home tests and is thin enough to fit in your back pocket.

Award organizers said the impressive list of 12 companies, initiatives, concepts, and projects are poised to help shift society to a more sustainable and more equitable future.

“All the entries deeply impressed us with their creativity, boldness, and potential for real impact–especially poignant in a year where any progress has seemed, at times, impossible,” WCIA said in a statement.

AIF-Rwanda, a venture of DSM-a Dutch multinational, and Africa’s sole supplier of fortified foods with a $60million investment in Rwanda was named top of ten local business leaders during the 5th edition of the Rwanda Business Excellence Awards 2017.