Gor Mahia in Kigali Ahead of Rayon Sports Clash on Sunday 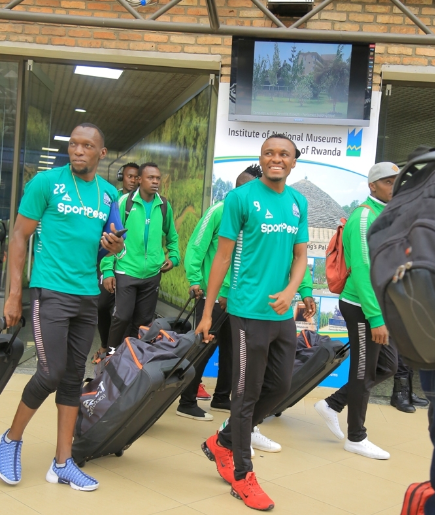 Rayon Sports FC hosts Gor Mahia FC in the first game of Group D which will be staged at Stade de Kigali at 18:00.

The team composed of 32 members arrived at Kigali International Airport at 8:35am aboard Kenya Airways. They have been booked at Hill Top Hotel in Remera and will hold their official training session at Stade de Kigali at 18:00 which will be followed by the official pre-match press conference at 19:45.

On the continental stage, Gor has a better track record than Rayon Sports. To date, they remain the only team from Kenya and the CECAFA region to have won an African continental title, having won the African Cup Winners’ Cup in 1987.

The Nairobi-based green and white side reached the quarter-finals of the CAF Champions league (former African Cup of Champion clubs) in 1993 and has won the regional CECAFA championship three times; in 1981, 1982 and 1985.

Could the Rift Valley be Extending to Rwanda?