In Rwanda, AGRF Turns Focus on Leadership in Agriculture 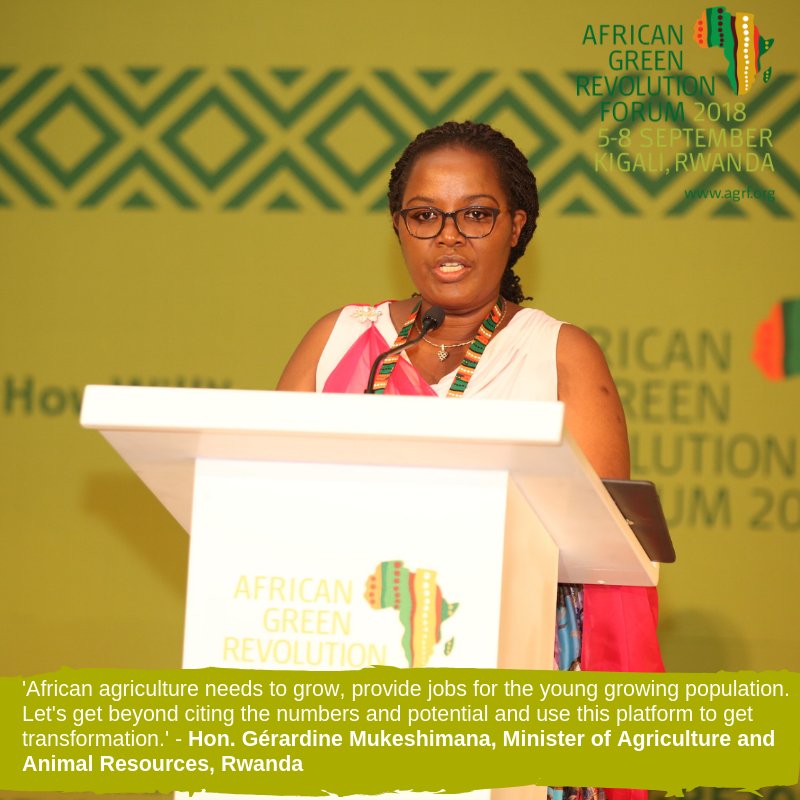 Experts drawn from around the world have turned focus on improving leadership in agricultural projects to revolutionalise Africa.

Rwanda is hosting the 8th Africa Green Revolution Forum (AGRF) which, among others, seeks to raise funds to invest in smallholder farmers.

According to Dr. Agnes Kalibata – President of Alliance for Green Revolution in Africa (AGRA) which organizes the meeting, this year’s forum came to Rwanda to seek quality leadership in transforming agriculture on the continent.

“This year is about leadership. We need strong leadership and Rwanda provides that opportunity. That’s why we said let’s take the forum to Rwanda,” said Agnes Kalibata.

“The forum will help us see how we track the future we want to see,” Kalibata added.

On top of this, the 3-day forum, which was opened by Prime Minister Dr. Edouard Ngirente on September 5, is expected to raise $30 billion from investment pledges to propel the green revolution on the continent.

Dr. Kalibata said that investment pledges have already been made especially from European investors.

“Some have pledged to start buying products such as rice from African farmers,” she said at the forum which is taking place at Radisson Blu and Convention Centre.

Addressing the forum attended by over 2000 delegates, Prime Minister Ngirente said that Rwanda has set a growth target in Agriculture sector to create jobs among Rwandans.

“In our National Strategy for Transformation, agriculture sector is planned to grow by 10% annually. This will contribute to job creation, food security and industrialization. Rwanda government is committed to working with all partners to ensure its implementation,” he said.

But without strong leadership, measurement, evidence-based planning and accountability in program implementation, he said, Africa would not be able to consolidate the modernisation of its agriculture and agro-businesses.

With commitments to revolutionalise agriculture on the continent, Rwanda’s Agriclture Minister Dr. Geraldine Mukeshimana said: “The sector has to create jobs to our young and growing population across value chains, it is set to drive the Continental and International trades, it is set to be a trillion dollar business by 2030 if we do our job right, generate wealth for our communities and nations.”

Achieving Solutions with Farmers Isn’t Radical: Why is it So Hard?