R&B star Yvan Buravan has promised to bring his father for a guest appearance on Saturday while launching his maiden album dubbed Love Lab.

The ‘just a dance’ hit maker disclosed one thing he had kept as a secret from showbiz fraternity and fans in a press conference which took place on Thursday at Park Inn hotel in Kiyovu.

“I had promised myself not to mention my father in things to do with my album launch but then, it’s over I won’t hide it anymore from you journalists. Yes he will perform with me,” announced Yvan Buravan

He added; it wasn’t an easy job to convince him to record a song, shoot a video with him and later ask him to perform at the launch.

Buravan and father Burabyo collaborate on a song dubbed Garagaza which is included on the new album. 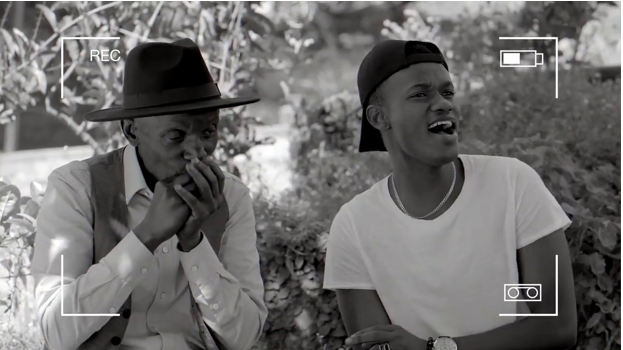 The vocalist made his breakthrough on music scene in mid-2015 with ‘Urwo Ngukunda’ single featuring renowned artist and radio presenter Uncle Austin that sky rocketed.

From that moment music fans didn’t wait long before Buravan dropped a new solo love song dubbed Malayika which removed doubts among music fans and earned him a break through onto the music scene.

Recently he also managed to compete with ten musicians from francophonie countries and managed to win Prix Decouvertes equivalent to €10,000 (Rwf10, 000,000).

Love Lab album launch will kick off at 5pm at Camp Kigali.