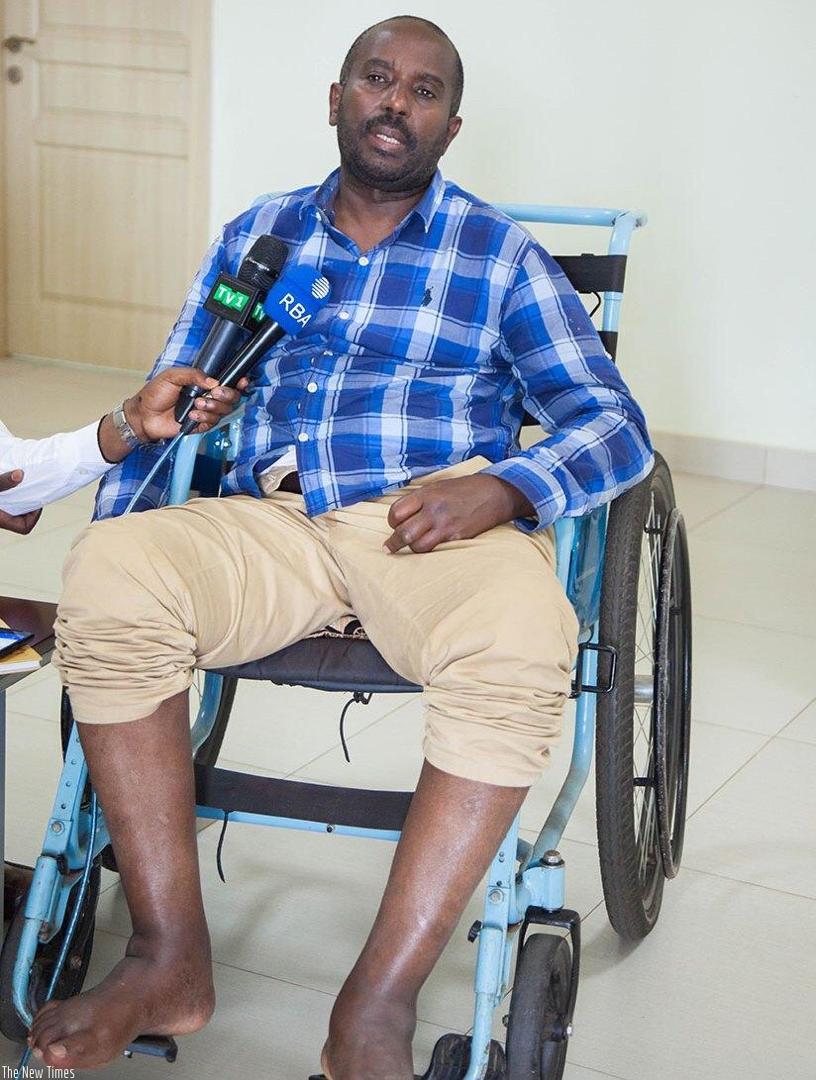 I read with interest my brother Bernabas Taremwa’s open letter to President Yoweri Museveni of Uganda and President Paul Kagame of Rwanda that appeared in Chimp Reports on Thursday January 10, 2019.

I have known Bernabas for a long time as cadres and have remained friends over the years. We also talk often.

Bernabus says that he decided to write the letter due to “things that undermine the gains of the struggle,” in Uganda and Rwanda. Silence on the matter, he writes, would be “an act of betrayal to one’s country” and “unpatriotic.” I agree and applaud him on this.

But since Bernabas writes that ordinary citizens are the “primary victims” should the “cold war get worse,” I felt compelled to write this rejoinder.

More so, as he recognises, that our time as cadres of both the NRM and the RPF taught us the values of truthfulness and patriotism. I am one of the countless victims of “the things” that he refers to in his writing.

My name is Fidele Gatsinzi. I was born and raised in Uganda. I spent much of my childhood in Western Uganda. Like many people including Bernabas, we belong to the generation of young men who decided to join the struggle as cadres of the National Resistance Movement and dedicated our formative years to and shaped our passion for liberation.

As a result, I call Uganda home. Having been educated in that country, it was almost instinctive that when my children had come of age I sent them to school there. Naturally, I often travelled to Uganda. However, on December 9, 2017 what, up to that moment, I had thought unimaginable happened to me.

Two young men approached me at a shopping mall in Ntinda where I had gone to do grocery shopping for my son, who at the time was a student at a Christian University in Mukono.

Corporal Abdul Karim Mukombozi, an officer of the CMI, and Rugema Kayumba, an operative of the Rwanda National Congress (RNC), bundled me into a waiting vehicle, drove me around Kampala, before they took me to CMI Headquarters in Mbuya Military Barracks. They both were carrying guns. The incident was in broad day-light. It also happened right across from a police post.

Things that you wouldn’t wish to your worst enemy happened to me while in custody at CMI. I was held incommunicado. I was tortured daily; twice a day to be exact. They would repeatedly do this until I became unconscious. Then they would leave, only to return with a new routine that is even more inhumane than the previous one: they squeezed private parts, simulated drowning, injected me with unknown substance; I got paralyzed and I’m yet to recover despite weekly physiotherapy. Twice a day. For 12 days, Barnabas.

On December 22 my lifeless body was placed in a vehicle and it drove off. I was sure –hoping, actually – that my tormentors would get it done with, shoot and depose. Instead, I was dumped at the Gatuna border. Rwandan authorities picked up what was left of my broken body, took me to King Faycal Hospital for reassembling.

I have recounted this story to you before, Bernabas. I don’t bring it up again to get sympathy. It’s to refresh brother Barnabas’s mind on the reality hundreds of Rwandans have endured in Uganda of late; men and women have suffered a fate similar to mine. We are lucky to be alive. Many families I know personally still have relatives who travelled to Uganda and remain unaccounted for.

Bernabas, my brother, it’s not only “Mr. Museveni and Mr. Kagame who know what’s going on.” You say that “if President Kagame has an issue with President Museveni, he should not make it a national issue to incite Rwandans against Ugandans.” As you can see, I am a victim. Yet, I have no issue with President Museveni; neither do the hundreds of Rwandans who fell victim at the hands of Uganda’s security organs whose commander in chief is President Yoweri Museveni. Speaking of incitement, as you did in your writing, for officers to victimize hundreds of people in a systematic manner suggests that they have been incited.
Doesn’t it, Barnabas?

You fear that the situation may get out of hand and spill into the welfare of ordinary citizens of both countries. Aren’t you curious, brother, why no Ugandan has been subjected to the same abuse in Rwanda? That the security officers in Rwanda haven’t been “incited” to reciprocate the abuse? Isn’t it curious that “the things” have already spilled to affect the welfare of ordinary people in one country and not in the other?

You refer to President Kagame’s New Year message and speculate that he meant Uganda when he said that “there are two neighbours that don’t wish Rwanda well,” if the president actually had said Uganda by name, would he have been out of order given the abuse of Rwandans in that country? After all, isn’t it his responsibility to protect them wherever they are, including in Uganda where – as my own experience and that of many others shows – they are targeted for harassment the moment they cross the border?

Brother Bernabas, you write that the “long standing cordial ties between Ugandans and Rwandans should not be compromised.” Surely, these ties are not a tool for holding people at ransom; in fact, it is whether the people are treated cordially that gives content to the existence of such a bond. The fact of marriage alone – however long – cannot make the abused partner qualify it as one reflecting “cordial ties,” for instance.

You are right when you say that many of us felt welcomed in Uganda during trying times, as refugees. And we are grateful to Ugandans. I know I am. However, the fact that Ugandans living in Rwanda have never been targets of state-sanctioned harassment is the best way to demonstrate gratitude. On the contrary, while the role that many of us played in Uganda’s liberation is a public record, being persecuted in a country that I risked my life to liberate felt like the highest level of betrayal, let alone ingratitude.

Bernabas, I can assure you that none of the abuse that I took while at Mbuya can ever happen to you while you visit Kigali, for any reason. Were it to happen, I, too would pen an open letter like you have done. However, I would direct it to President Kagame. It would be a protest letter; it would not scapegoat or cover-up on his behalf. After all, Barnabas, honesty – not obscurantism – is what cadreship taught us.

Brother Barnabas, allow me to conclude by congratulating you on the heroes medal that President Museveni conferred upon you that you allude to in your letter. I am yet to receive one from either your government or mine. But you and I know that it is not for medals that we placed our lives in the line of fire. As young men then, we believed in a cause far greater than our bodies: It was to liberate our countries, to free ourselves from state-sanctioned harassment.

You remember all this, Bernabas. Don’t you?

Brother, your next article will benefit greatly from a visit to Rwandans languishing in CMI’s illegal detention cells across Uganda so that, out of brotherly solidarity and comradeship, you may bring to light the plight of their abduction.