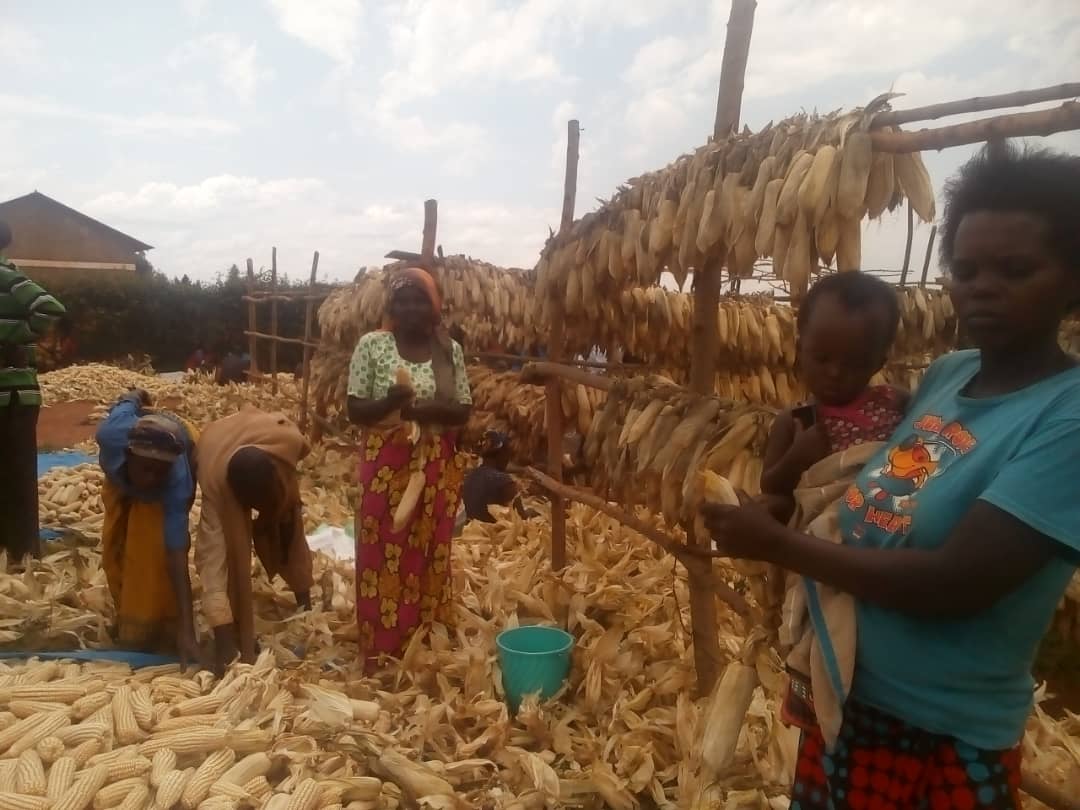 Rwandan maize farmers have turned to using traditional post-harvest handling and processing techniques as a means of ensuring food security, increased crop output and markets for their produce.

Traditionally, farmers used to harvest maize and dry it on the floor, but in the back of their minds, they would spare few maize comb seeds to bank as seedlings for the  planting season.

The selected maize seeds would be hanged upside down (Gusharika) on a line outside or inside the house, to avoid wetness and fungi attack on the seed that cause toxins (aflatoxin) which are dangerous to human liver when consumed.

Though the traditional practice improved the quality of maize sold on markets, seeds for the following plant and incomes some farmers say that with time it was abandoned.

This increased the risk of maize seeds being attacked by fungal disease which comes with cost of low quality yields from the planting season.

For example in Mugesera sector Ngoma district, maize planted on 180 hectares the farmers were able to harvest 61 tons instead of 540tons, meaning that 479 tons either were consumed or spoilt in the post-harvest handling stage.

“It was not because we don’t know it but because of negligence, and this has affected our productivity when we take the maize to the markets, just a few seeds are bought and the rejected maize fed to animals,” said Epiphanie Murerwa the president of Mugesera Maize Cooperative (KODUIBI).

Borrowing from Gisagara district maize farmers who have taken on the abandoned tradition, Ngoma district farmers have now turned to maize hanging techniques as a best practice to ensure quality of maize seeds productivity, and assurance for walking off with a paycheck.

Maize hanger sites are set up in each home, village and at the sector and each harvest must be dried at the designated sites and through following up and training of farmers, KODUIBI ensure that farmers abide by this.

After losing out on last year’s season, Murerwa says that they plan to harvest over 400 tons this season and expecting reduce dependence on neighboring countries like Uganda for food.

The projects aims to sustainably increase smallholder farmers’ income, improve the nutritional status of women and children, and increase the resilience of Rwanda’s agricultural and food systems to a changing climate.

Though the maize drying techniques in Ngoma district is still on scale-up stage since last year, the area is known for having large scale maize growing in the country, compared to Muhanga and Gisagara district were the techniques has already taken root.

This Tuesday USAID and Hinga Weze officials held a field visit to access the impact of the project and how the farmers have managed to implement maize post-harvest techniques in the area.

The visitors witnessed increased maize output but attracted large scale buyers like Africa Improved Food (AIF), sign a purchase deal of 20 tons of the targeted 500 tons of their produce with plans to buy in large quantities and good prices.

“We need more maize from Rwandan farmers, and the plan in this season alone is to buy 10,000 tons across the country out of 28,000 tons we need a year,” said Bernard Banamwana, the AIF Senior Relations Manager.

AIF currently buys the maize produce on farm site, with a kilogram at an extra Rwf14 (from Rwf175 to Rwf189) but also taking care of the transportation and ensuring the farmers uphold the quality needed. 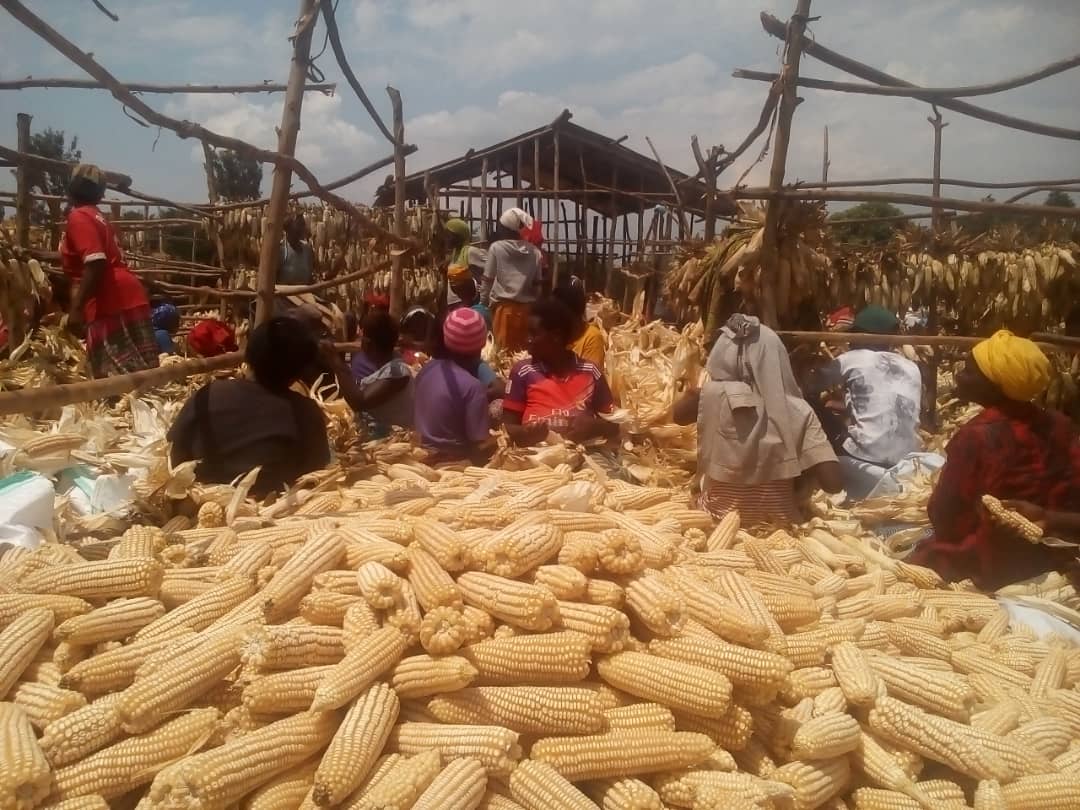 By 2022, the project is expected to have enabled 200,000 households increase production by 50 percent, construction of 4000 hectares of terracing and irrigation on 600 hectares.

For Dan Gies – Chief of Party Hinga Weze, says that to reach the project targets of growing more, selling more and eating better, they will push policy and regulations that will make it easy for farmers to easily access fertilizers, work with banks to lend farmers more money.

“Right now there is so little lent to farmers and its expensive, so we have to push for these loans to be cheaper, more accessible so that they can invest in crop production, grow more and eat better,” Gies said.