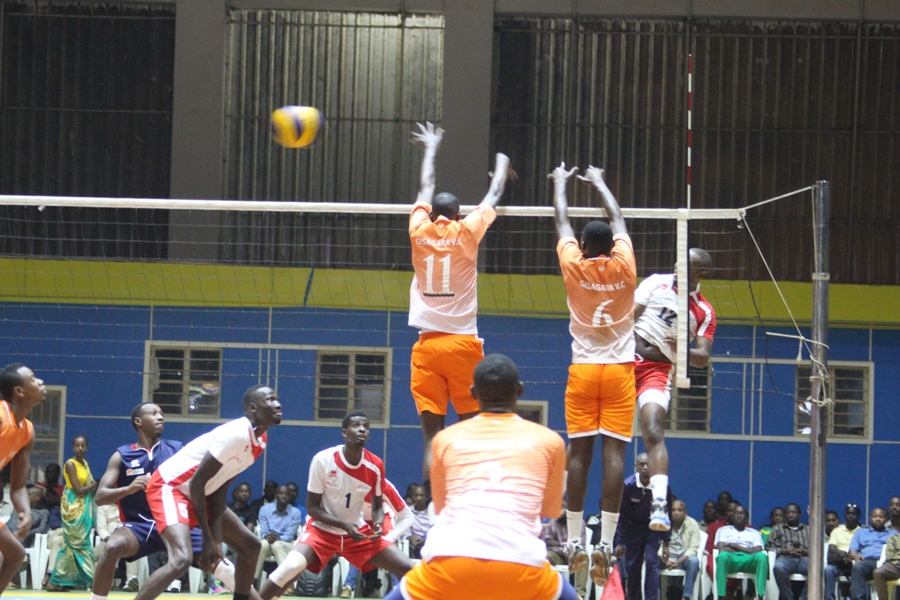 Gisagara volleyball team players seen in action in the local league. Gisagara lost their opening game to UCU of Uganda at the Africa Men’s club championship in Egypt.

The Ugandans impressed from the start with powerful spikes which the Gisagara blockers couldn’t defend. Easily winning the first set 25-21, the Ugandan outfit claimed the second set 25-23 but the Gisagara side tried to improve their attack but UCU proved to be a better side with good defence to seal it at 25-21 to claim the third set.

Action continues on Tuesday with Gisagara facing Al Ittihad El Masrati of Libya in the second Pool B match scheduled to be played 16h00 after another tie which will pit Gendarmarie of Madagascar against UCU of Uganda which is due at 15h00.

For Gisagara to be able to qualify to the next round, they need to win their remaining matches.

President Paul Kagame in Senegal for Inauguration of Macky Sall