No Easy Early Release of Genocide Convicts Under Judge Agius 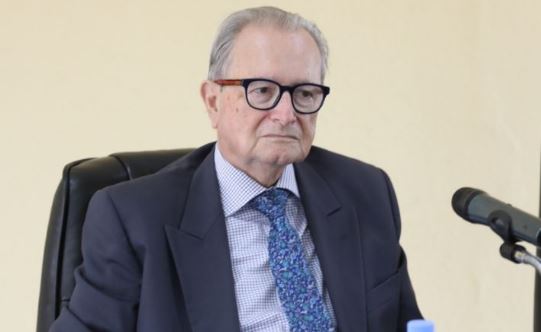 Judge Carmel Agius has said that no genocide convict will get an easy early release as it has been the case in the past operations of the International Residual Mechanism for Criminal Tribunals (UNIRMCT).

In a press conference on Monday April 1, 2019, the 74-year old judge sounded like he will single handeddly turn the table in the operations of the mechanism, which he said he was opposed to some of them before his appointment as president.

Judge Agius, from Malta, assumed office as President of the International Residual Mechanism on 19 January 2019, to a term expiring on 30 June 2020.

He replaced the American Theodore Meron whom Rwanda accused of constantly releasing genocide convicts earlier than expected while ignoring country’s concerns about them.

Agius stated that he is set, in a collaborative and transparent manner, to change the past relationship in areas of policy on releasing genocide suspects on trial, pursuit of genocide fugitives and transfer of archives among others.

On early convict release, Agius said he doesn’t agree with how the process has been handled and that there must be a system of release which is not invented for the first time but instead adopted in the mechanism to follow.

“Any application for early release before convicts serve 2/3 of the sentence will not be permitted, unless there is a terrible case of cancer and one has few days to live,” Aguis said.

“My message is there may be early releases but each request is going to be thoroughly and thoroughly checked in a transparent manner,” he clarified.

So far there are eight convicted genocide cases transferred to the mechanism and nine of the acquitted suspects still being held in a safe house in Arusha, Tanzania.

The judge also said that he will take into consideration the comments and requests of the government and victims.

Agius revealed secretive activities at the mechanism in his experience as a judge on appeal were he would not know when a decision to release some of the convicts was taken even when he was consulted, sat and judged on some of the cases.

Justice Minister and State Attorney, Johnston Busingye said that the past differences between Rwanda and the tribunal have been because of lack of transparence, disrespectfulness and conducting procedures contrary to the legal requirements.

For example both Rwanda and the mechanism have not agreed on the archives which are stored in Arusha that Rwanda demands ownership for the last five years.

“We hope that you have been told of our claim to custody of archives, in the Court’s custody, and most especially the documents that we know are legitimately the property of the Republic of Rwanda  which, to date, the court continues to keep silent about,” Minister Busingye told Judge Agius. 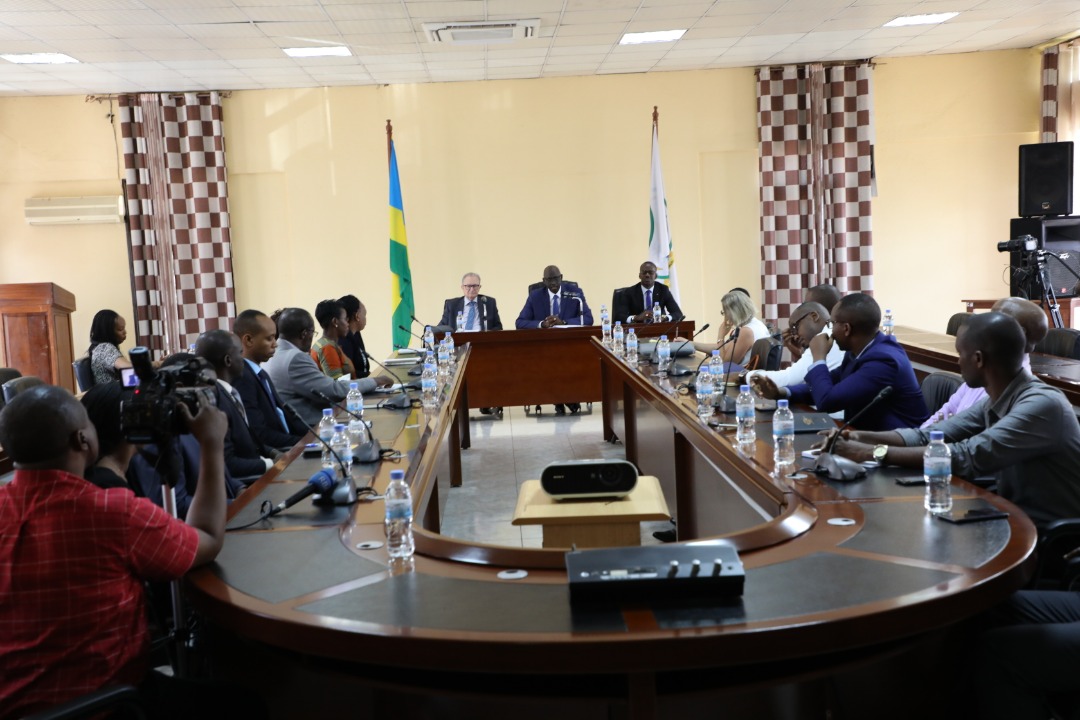 In response, Agius said he couldn’t do anything about it because it is a United Nations decision that all archives are kept for at least 25 years before being handed over to respective nations, but promised to help establish an information center which has all information stored by the court as in the case of Yugoslavia.

Minister Busingye was not convinced by this plan B,  and said that the problem is that Rwanda has no idea on how its original court and government documents came into possession of the court and no simple response made to Rwanda’s inquiry until one provided by Agius’ visit.

“We don’t know till now which mode of acquisition the UN court used to possess these documents, most of them could have been taken when things were in disarray during the genocide, but even then Rwanda must have a voluntary consent to it,” Busingye responded.

On a positive note, Agius said that the court has requested extra funding to support Rwanda in tracking down and investigating fugitives who are still on the run and a possibility of granting Rwanda’s request to extradite them home.

“We will treat these requests with gravity to resolve the demands of victims,” Agius said.