The long awaited Hotel Kivu Marina Bay in Rusizi district has a new deadline according to provincial officials, but whether it will be met is a story on its own.

The hotel’s completion deadline has been postponed on several occasions due to financing disagreements.

The latest deadline was set for June 2017 but the facility, constructed under the hospices of the Cyangugu Catholic Diocese faced challenges of raising Rwf30billion needed for its completion.

“We have borrowed some money for the district to be able to complete the final hotel phase. We are sure it will be complete by end of May or latest end June this year,” said Western Province Governor Munyantwari Alphonse.

Munyantwari was speaking to KT Press exclusively after presenting the provincial budget proposals for the 2019/2020 financial year.

Hotel Marina Bay project was initiated in 2008 as Hotel Ituze by the Rusizi Catholic Church but by 2012, the project had derailed as a result of fund shortage.

This compelled the provincial government to invest in it as a provincial tourism boosting project, thus changing its name to Hotel Marina Bay and requiring each district to make contribution.

Each of the seven Western province districts borrowed Rwf529million from the Development Bank of Rwanda (BRD) to be repaid in two years, according to Rusizi Mayor Ephrem Kayumba. 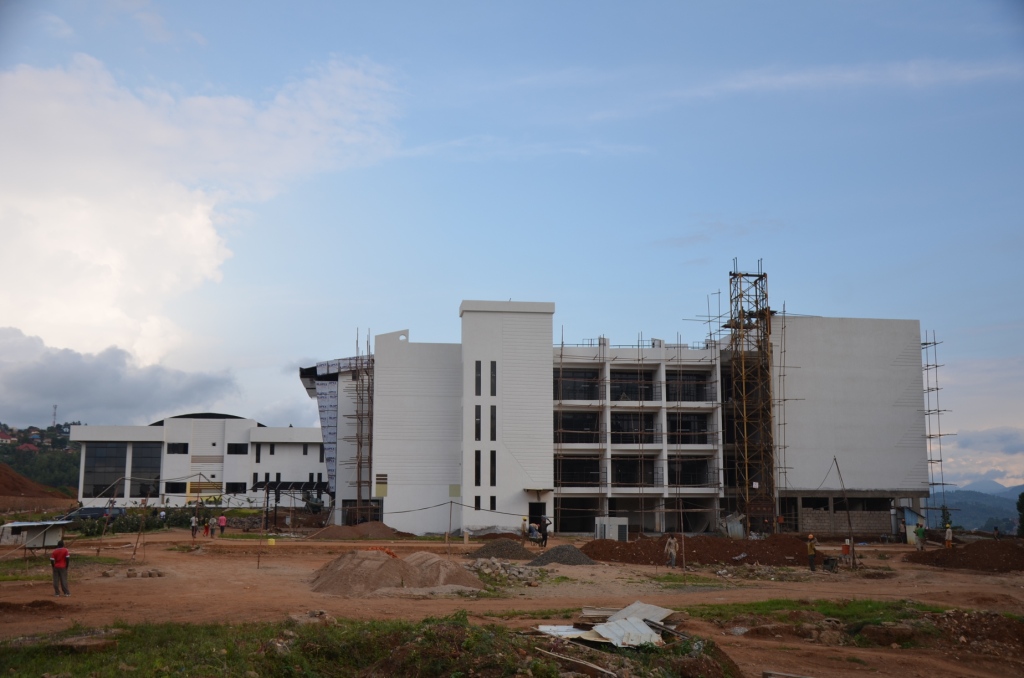 This Monday, the provincial officials submitted to parliament a financing request of Rwf6billion which will cover the operationalization of Hotel Kivu Marina Bay project under the secondary city development agenda which also has infrastructure projects to enhance the tourism business environment.

The four star hotel, with 76 rooms, two presidential suites, is located in outside Rusizi town near Bukavu border and oversees the shores of Lake Kivu, to add on its perfect view and touristic attraction in this city bordering with Democratic Republic of Congo.

“This hotel is built to four star hotel ranking, and though we have other hotels in the province, this one will boost the tourism activities in the province to another level especially for cross border visitors,” said Governor Munyantwari.

The hotel is in its finishing stage of painting, installing equipment and cleaning up, and ready to open once its management is put in place, according to Rusizi Mayor Kayumba.

Kayumba also stated that the four star hotel will enable them to host big national and regional conferences which have never happened in the area due to lack of facilities.

“We hosted only small meetings at facilities like Emeraude Resort, Centre Pastoral, Progress Hotel (former Ten to Ten). This hotel will put us in a position to host the president and major events and visitors,” Kayumba said.

The new hotel is expected to be managed by local investment companies, such as Marina Bay and Wespic, alongside BRD and the Catholic Church on top of Western Province.