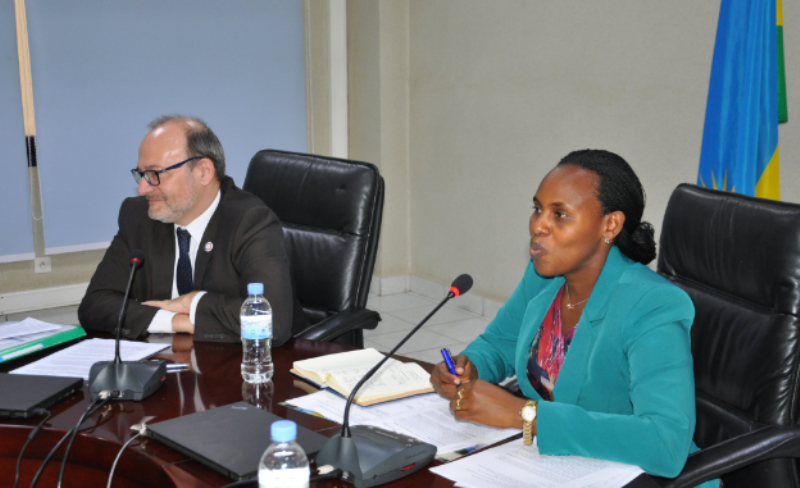 Director General of the French Development Agency Rémy Rioux and State Minister in charge of Planning at Finance Ministry Dr. Claudine Uwera during a press conference on Thursday.

France has made a new bid to its development agenda with Rwanda, with fresh commitment in several areas including energy, Information and Communications Technology, Banking, among others.

On Thursday, June 20, Director General of the French Development Agency Rémy Rioux led a delegation to meet and hold discussions with State Minister of Finance in charge of Economic Planning at the Finance Ministry, Dr. Claudine Uwera.

The officials held lengthy discussions on Development Cooperation between the two countries.

The story of Rwanda and France in the post 1994 genocide against Tutsi has been different – mainly due to France’s role in the massacre that claimed over one million lives.

Rwanda accuses France to have trained and armed militia who committed the Genocide, while several leaders of the genocidal government accused to have participated in planning the Genocide.

But today, a new chapter was written – this time, cooperation. President Paul Kagame has been traveling to France to meet President Emmanuel Macron.

President Macron has not visited Rwanda since his election in 2017. Former President Nicolas Sarkozy visited Rwanda in February 2010 – becoming the first French President to visit after the Genocide. 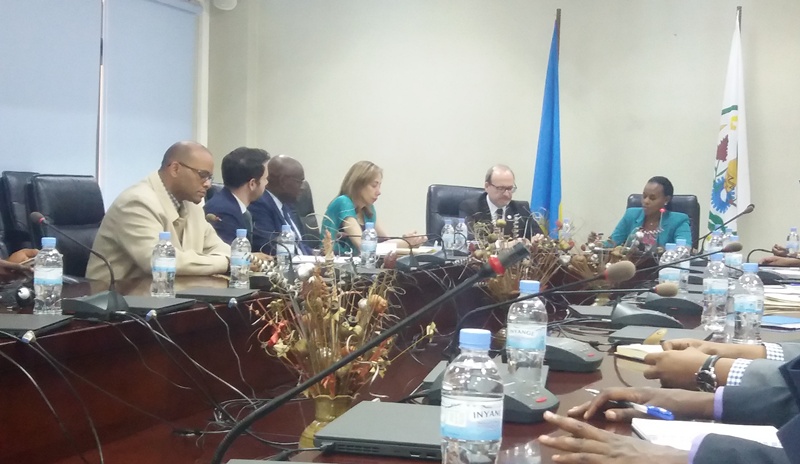 With 4,000 projects in France’s overseas departments across 115 countries, French Development Agency chief Rémy Rioux told journalists that his mission was to extend projects to Rwanda.

For instance, in the banking sector, he said, “We will sign a line of credit worth €20 million with Bank of Kigali. We had in the past been involved in local banks through line of credit,” he said referring to previous credit lines signed with BPR Atlas and I&M banks.

In the ICT sector, Rémy Rioux said the agency plans to partner with Smart Africa – a bold and innovative commitment from African Heads of State and Government to accelerate sustainable socio-economic development on the continent, among other projects.

Bank of Kigali Introduces ‘Ikofi’ to Farmers at Expo

World Refugee Day: A Look at Welfare of 150,000 Refugees in Rwanda