World Refugee Day: A Look at Welfare of 150,000 Refugees in Rwanda 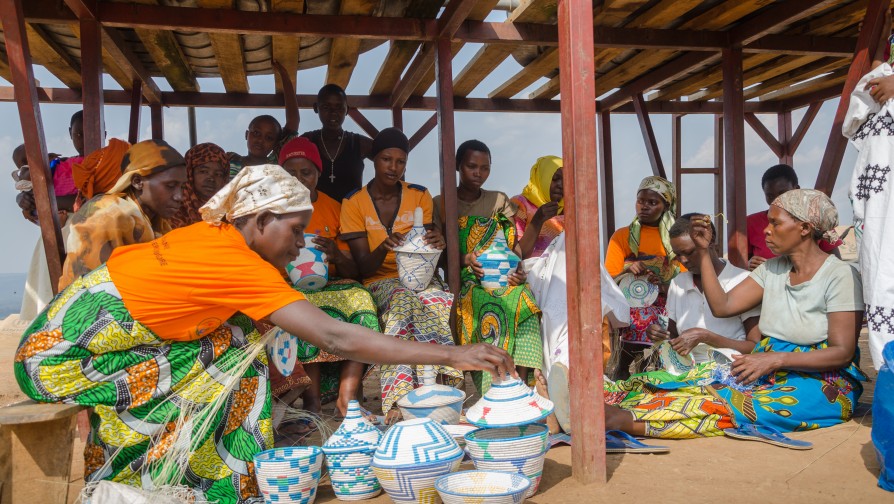 Today Rwanda has joined the rest of the world to mark the international World Refugee Day at a time when the number of people displaced by conflict and persecution has hit a record high –with over 70 million people categorized as refugees.

In recent years, Rwanda has seen an increase in the refugee influx following the political turmoil in Burundi and Democratic Republic of Congo (DRC), though numbers have drastically fallen from 350, 000 refugees since 2015 to 150,000 refugees as of today.

The day marked every June 20 annually seeks to highlight the plight of refugees and honor their courage and determination, with the United Nations estimating that globally refugees have to trek a record 1 billion miles to reach the nearest point of safety.

In Rwanda, the day was marked in Kigeme refugee camp located in Nyamagabe district, one of the six refugee camps in the country, which hosts more than 19, 000 refugees from Burundi and DRC.

The UN Secretary General António Guterres said on the occasion of the day that his thoughts are with the 70 million women, children and men – refugees and internally displaced persons who have been forced to flee war, conflict and persecution.

“This is an astonishing number – twice what it was 20 years ago. Most of the forcibly displaced came from just a handful of countries: Syria, Afghanistan, South Sudan, Myanmar and Somalia. In the past 18 months, millions more have fled Venezuela,” he said.

“I want to recognize the humanity of countries that host refugees even as they struggle with their own economic challenges and security concerns. We must match their hospitality with development and investment,” Guterres said.

In Rwanda, despite a recent decline in numbers, mainly due to Burundian refugees opting to go back home, having fled the country following the political strife that gripped the country in 2015 when President Pierre Nkurunziza sought to extend his rule, the number of refugees remains well above 140, 000.

According to figures from the Ministry in charge of Emergency Management (MINEMA), total population of concern at the end of May 2019 was 149,855 individuals. Congolese make up 51% of the total refugee population while Burundians constitute 48%.

The Ministry said that each refugee in the camps of Gihembe, Kigeme, Kiziba, Mugombwa and Nyabiheke has a very specific set of needs and faces constraints in meeting their life-saving needs.

Despite the challenges faced, the government says there is optimism thanks to constant efforts of all partners involved in the refugee response.

“There has been a significant increase in the number of school-age refugees enrolled in the national education system,” a statement from the Ministry reads in part.

“Efforts to provide urban-based refugees with the opportunity to enroll into the national health insurance scheme (Mutuelle de Santé) have started to bear fruit, and last but not least, the shift from the use of firewood to more sustainable, environmentally-friendly fuel options for cooking in the camps is being gradually realized,” it adds.

The Minister in charge of Emergency Management Germaine Kamayirese said on Thursday that the annual commemoration of the World Refuge Day is an opportunity for refugees and the host community to join hands to celebrate diversity and inclusion with host communities.

“While stepping with refugees and leaving no one behind, we acknowledge that when refugees gain access to education, the labour market and legal documentation it paves a way to their self-reliance. The socio-economic inclusion of refugees is essential to the development of both refugees and host communities,” Kamayirese said.

“The Government of Rwanda is committed to continue promoting refugee inclusion and urges partners to join hands in this journey.”

The United Nations High Commissioner for Refugees – UNHCR Deputy Representative to Rwanda, Barbara Bentumm Williams Dotse, said on the occasion that the UN is committed to work with the Government of Rwanda and other partners to ensure the wellbeing of refugees.

“Taking a step literally means walking, running, or dancing to show solidarity with refugees all-over the world. In our global Step with Refugees Campaign, every step counts,” she said.

“It can also mean taking positive steps to welcome refugees into new communities. This could include hosting them, teaching them new skills, working in partnership with them, or inviting refugee children to play with your children. No dream is too big, no step is too small.”

The Ministry called on Rwandans to take a step with refugees in order to honour the distance they cover each year to reach safety and the efforts they make to be resilient.

Since 2018, the Government of Rwanda kick started what is called the Comprehensive Refugee Response Framework to promote refugee inclusion through a whole-of-society approach in refugee response, by focusing on four commitments related to health, education, documentation and livelihoods.

The government, with the support of UNHCR and other partners such as Inkomoko Entrepreneur Development started a joint strategy for the economic inclusion of refugees, through which refugees are supported to start small businesses for self-sustenance.

According to available figures, at least 4, 500 refugees have been supported through Inkomoko to start and grow small businesses to improve their personal financial sustainability, regain dignity, and become self-reliant.

According to Inkomoko program, 92% of the businesses started for refugees remain operational and grow to support even more refugees.

“Prior to joining Inkomoko, I was struggling with losses. In the program, I learnt how to save and reinvest in my business, the process and advantages of paying taxes. The eye opener was to think about expanding my business and understanding market opportunities,” said Emima Nyiramasine, a refugee entrepreneur in Gihembe Camp.

“I acquired business management skills and best ways to sustain my business.”

The Rwandan government’s policies allow refugees to register a business with RDB, open a bank account, and pay taxes. 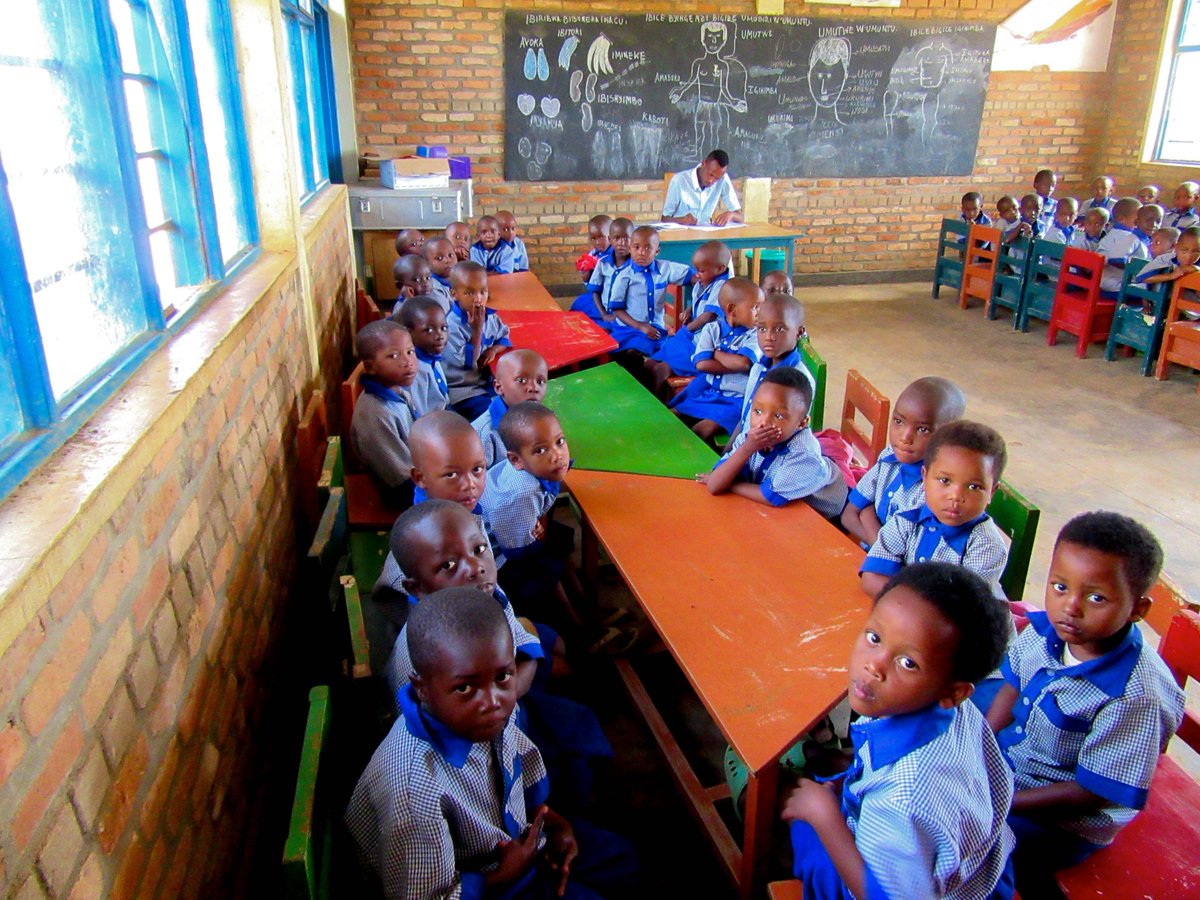 According to Inkomoko figures, refugees in the program have paid more than Rw73m in taxes to date.

“These policies encourage refugees to contribute to Rwanda’s growth, so we are helping them make their own living, as well as contribute to their host community. It benefits everyone,” said Olive Ashimwe, Inkomoko’s Director of MicroBusiness Solutions.

Inkomoko’s refugee entrepreneurs have also created more than 2600 jobs, of which 90% were filled by Rwandans in the host community.

Refugee Entrepreneurs Step Up Efforts to Contribute to Rwanda’s Economy