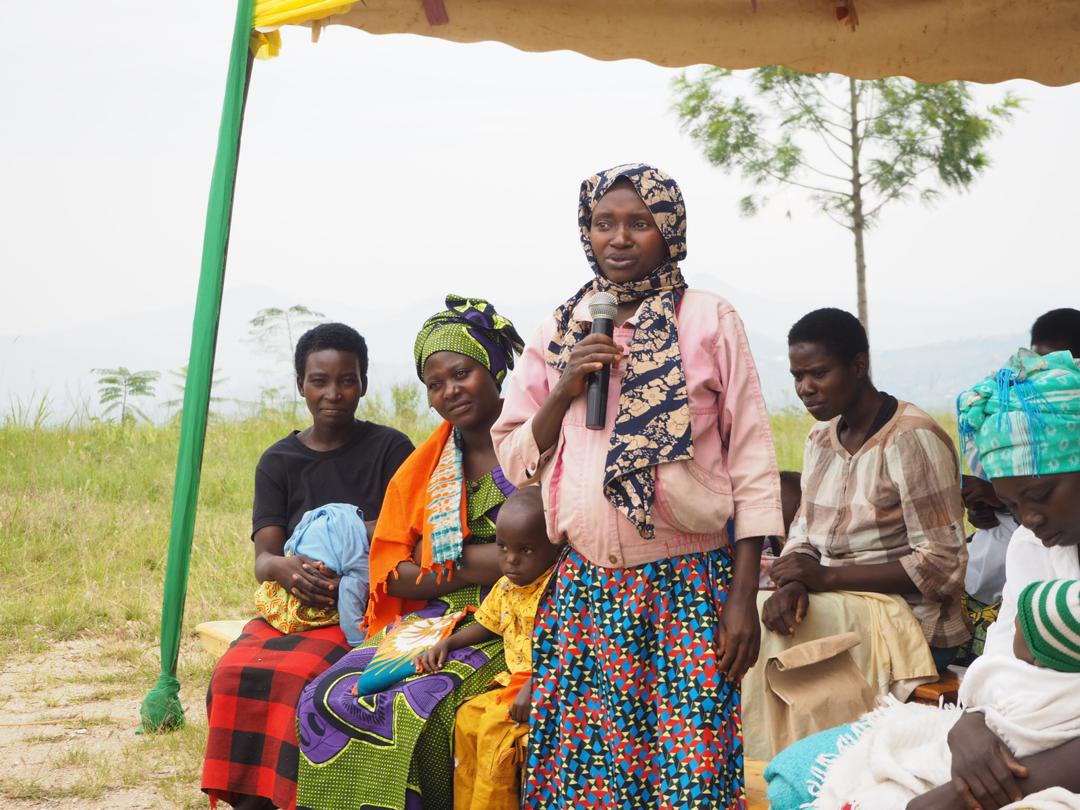 March 4th was a day like any other when Angelique Uwingabire from Nyarubaka sector, Kamonyo district woke up early morning to go for farm chores.

On attempt to grab a cup of water to clean her face, Uwingabire dizzied   and suddenly fell down.

The 27 year old expectant mother was rushed to Nyarubaka health center only to hear that the incident resulted from malnutrition.

“I used to believe that my body weakness was a sign that I had malaria, but this was out of ignorance,” Uwingabire testified yesterday.

The single lady who is expecting her first baby said that she does not have enough for her I did not stay with my husband, no money to buy milk, eggs and other needed food nutrients, so I ate whatever I got,” Uwingabire said.

“Before discharging me from hospital doctors cautioned me to eat a balanced diet which includes vegetables, milk and proteins, ” Uwingabire told KT Press.

The expectant mother narrated her challenges during a one day campaign against malnutrition organized by Global Civic Sharing (GCS), a South Korean development organization that aims at creating economic self-reliance for the communities in Nyarubaka.

The Campaign also aimed at donating fortified food worth Rwf1Million, to people with malnutrition problems.

According to GCS, about 80 people were tested with malnutrition in Nyarubaka. They include 72 children and 6 adults.

“We conducted this campaign to teach our community about the dangers and possible ways of preventing malnutrition which is in most cases caused by ignorance,” Aimable Twagirayezu, Country representative of GCS told KT Press.

“We have conducted several awareness campaigns to reduce the rate of stunting in Kamonyi district by teaching residents on proper feeding,” Gafurumba told KT Press.