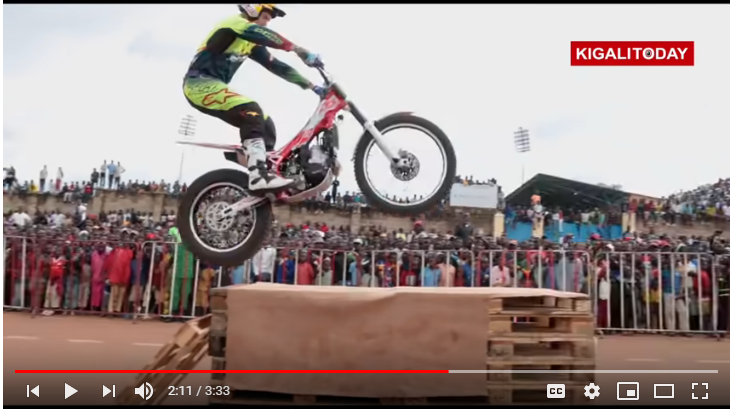 As of June 4, 2019 Kigali Today Ltd (KT) YouTube channel had registered 50+ million views, becoming the only Rwandan news channel to make such a milestone.

Surprisingly the 50 million views come just a year (April 2018) after the best viewed video on the channel managed to hit one million views.

The video features a “Freestyle Motocross” in Huye district.

Other videos which also contributed to the 50 million mark, include a performance of Anne Kansiime, the Ugandan ‘Queen of Comedy’ in Kigali with already a million plus views.

Also with more than 1 million views is a wedding of twin brothers who married twin sisters in 2013.

The marriage of Doctor Tom Close a music star and Doctor  and Tricia is also in that range of six digit views.

KT Youtube subscribers continue to ask for direct and constant updates of the post on their devices; and in the last 28 days (according to current stats) the channel had more than 6,150 subscribers including motorcross figures like Felix Welt- who has his own 647,000 subscribers on his channel.

“This is achievement is still not by accident. We owe it to consistence and professionalism,” Charles Kanamugire, Kigali Today Ltd Managing Director says.

Kigali Today Ltd group is a multi-dimensional media outlet which has four platforms including: KT Radio, kigalitoday.com, a dynamic news website publishing in Kinyarwanda and KTPress providing both a quick look at what’s happening in Rwanda and beyond today and in-depth analysis of larger, far-reaching issues.