President Paul Kagame has spoken out on Rwanda’s liberation struggle on the occasion of the 25th anniversary, pointing out that his efforts to fight, along with others, was not aimed at him becoming President but rather to have a place to call home.

In a candid conversation with the media from different parts of the continent on Tuesday, President Kagame extensively spoke out on the sacrifices he had to make with other Rwandans, who were refugees at the time, to wage war against the then discriminatory government, pointing out that his initial purpose was not to be president –something he said was accidental.

President Kagame referenced his case to the book the “Accidental Prime Minister”, about former Indian Prime Minister Manmohan Singh, who was one of India’s longest serving Prime Ministers, considered to have ascended to the position accidentally but went on to be the architect of India’s economic reforms, stating that his case is similar. 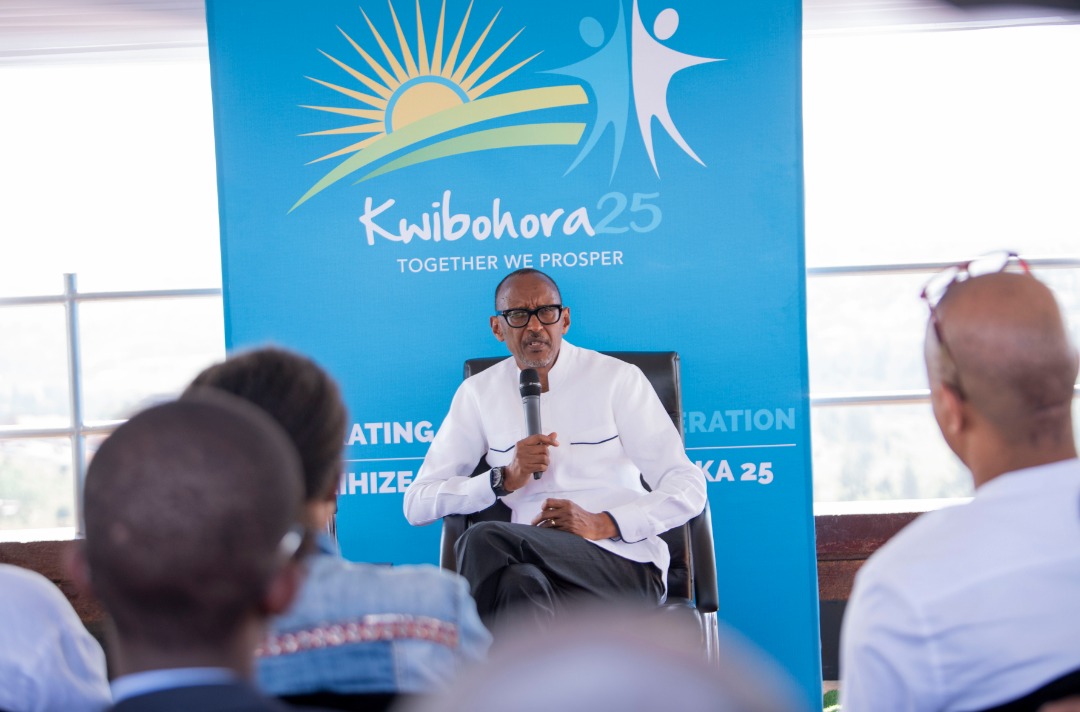 Despite not focusing on presidency, President Kagame said that he literally fought every day of his life to have a country but eventually became President out of responsibility, jokingly adding that even those who want to replace him will have to put in as much effort.

“Before I became a president, I was a person who fought, and I mean fought. The fighting I am talking about is the real fight. There are many versions of fighting but I did the real one, where every day you are not sure of surviving to the next day,”

“If anybody ever thinks that you go into that situation just as an adventure or as a hobby or something, then you are horribly mistaken. It means I also have a sense of responsibility to what I am doing, of what I am doing, of the outcomes and how I associate with all that,” President Kagame said, pointing out that the sacrifice he made with others had a purpose. 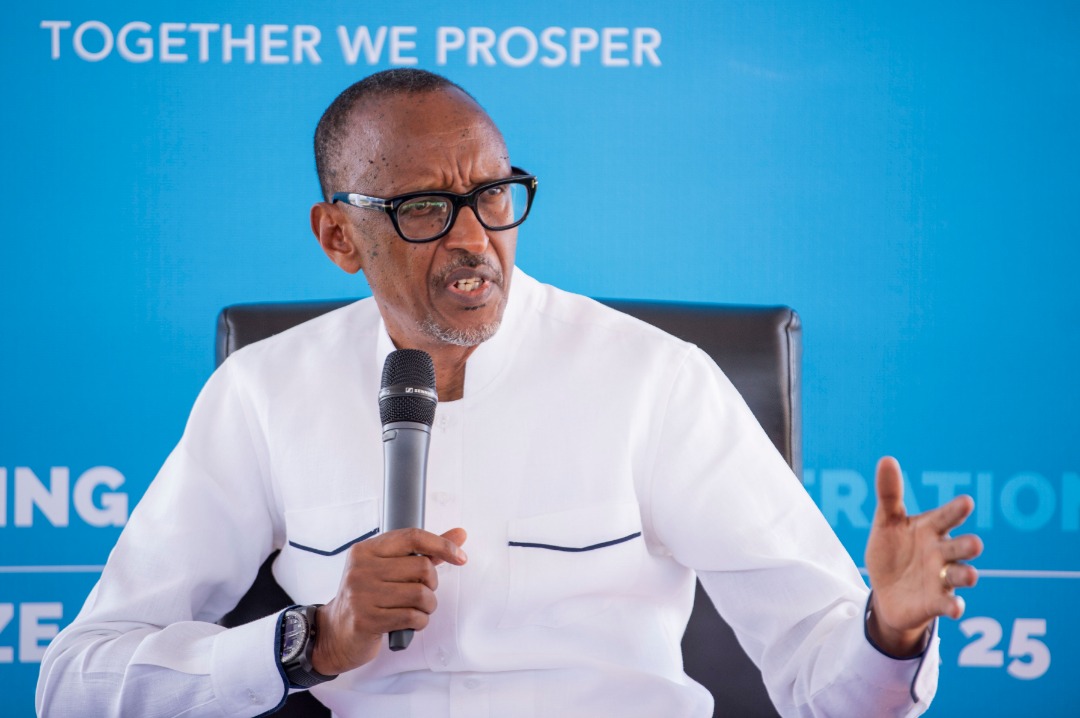 President Kagame gave a historical background that led to him and many others taking up arms and wage a war, because of a situation at the time that had rendered many Rwandans refugees, subjecting them to difficult conditions in exile.

Because of that, the Head of State said that the motivation for him to fight was initially not to become President, though circumstances and several other factors, including the need to get the country out of a very bad situation at the time saw him exercise responsibility and assume leadership roles.

“My story was about fighting to have a country that I didn’t have, to contribute to others to making the change that we wanted to happen in our country,” President Kagame said, adding that even those aspiring to be president should be ready to make similar sacrifices. 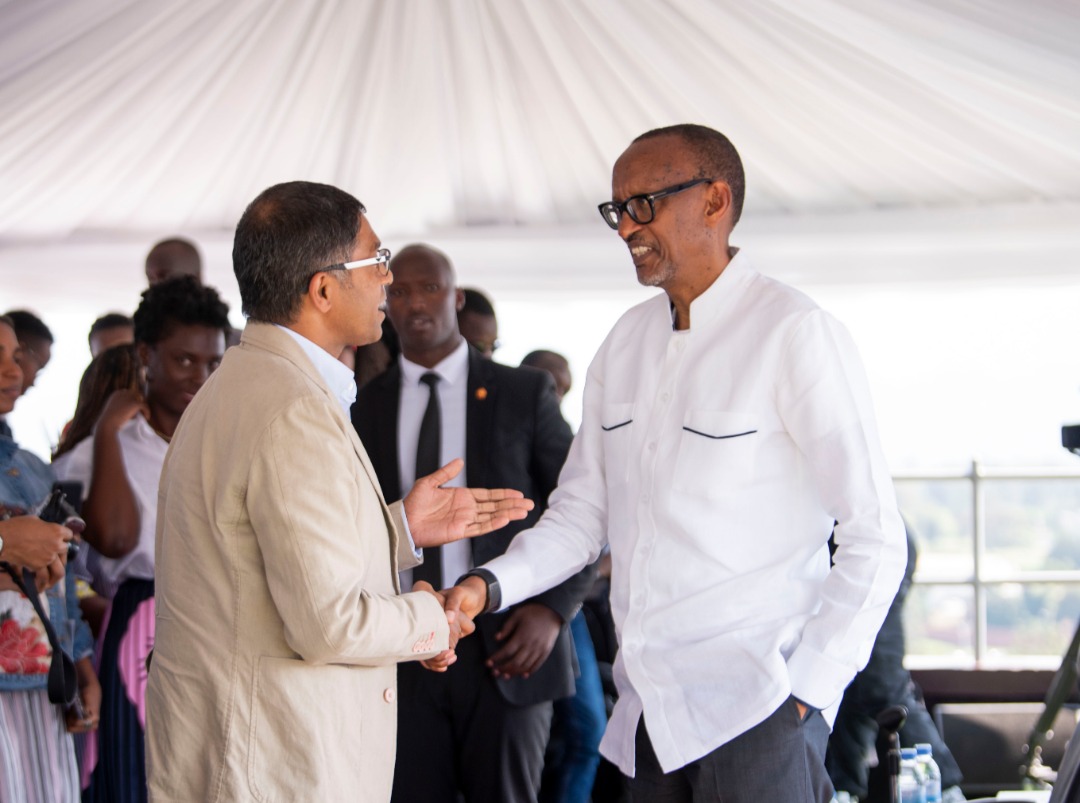 Responding to a question on whether he is ready to relinquish power to someone else, President Kagame reiterated that it was never his decision to seek re-election in 2017, but several factors, preceded by events involving the masses and his own party, led him into making a decision to accept responsibility, but did not change his initial position on seeking another term in office.

A national referendum in December 2015 overwhelmingly voted in favour of proposed amendments to different articles in the constitution, including article 101, paving way for President Kagame to seek re-election under the new amendments which removed term limits.

President Kagame maintained that it was not his intention to seek another term in office but heeded to calls from the people and his party, reconciling different factors before he accepted but his personal choice would have been not to continue.

Alluding to different cases on the continent, President Kagame said that it has become some sort of monotony for leaders to use the excuse of ‘the people, the people’ to stay longer in office, including some leaders “who do their own thing” but still say ‘the people have asked me to do this’, which makes it difficult for those who have genuine cases. 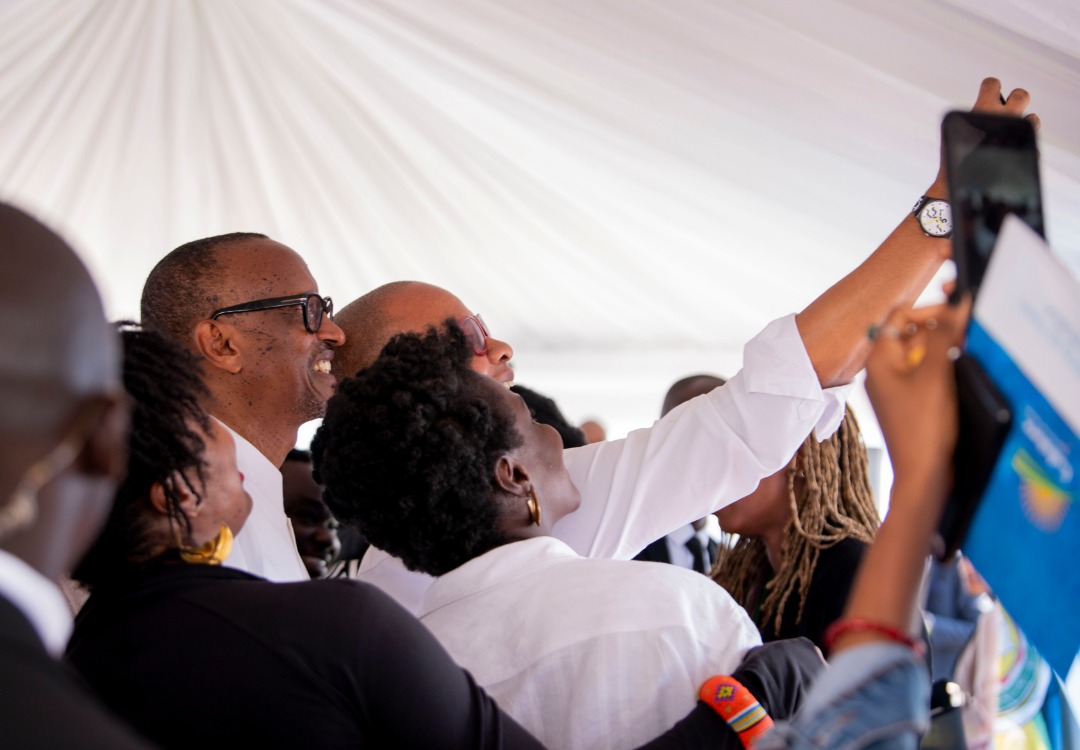 He said that while it is true that in some cases leaders use the people as an excuse to stay in office, it is not the case in all situations, some of which are exceptional, which is why every case must be seen in isolation, as was the case in Rwanda, in reference to the events that led to his re-election.

“Actually my view was not to continue,” President Kagame said, adding that whatever happened leading to his re-election to his current term in office “was an open secret” and happened in honesty, involving interactions between himself and party members. 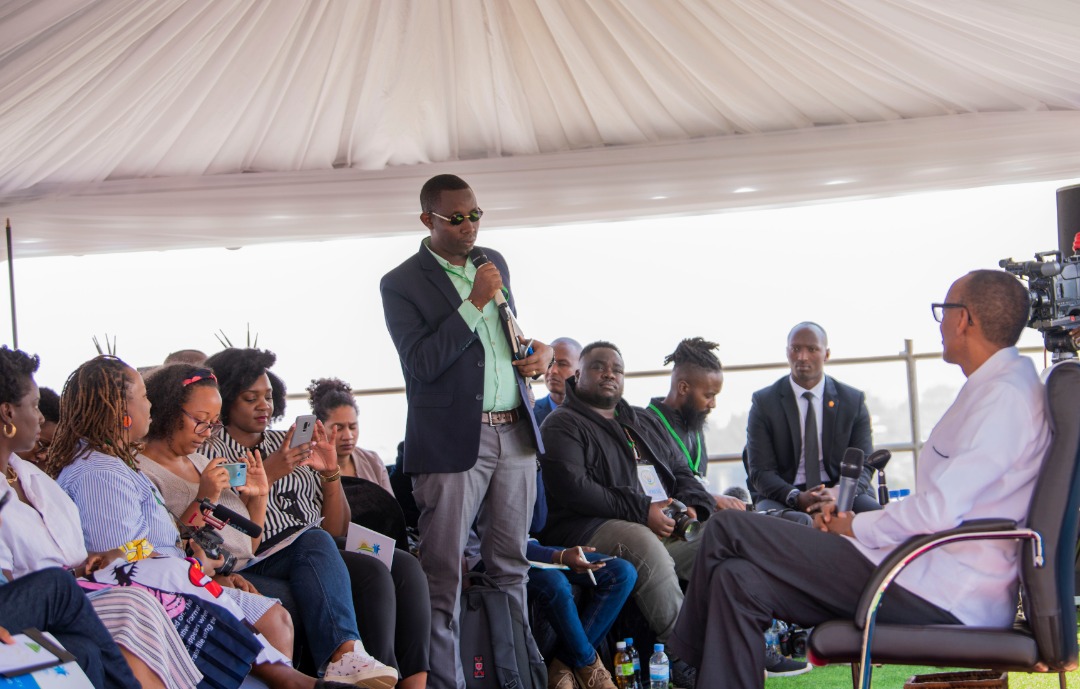 President Kagame spoke out extensively on the history of the liberation struggle, saying that to understand the context, one has to factor in the historical background dating back to the 1959 events that led to many Rwandans fleeing to exile, including himself, though many tend to think it all unfolded in 1994.

The Head of State noted that the 1994 Genocide against the Tutsi was a culmination of events that started many decades ago with ethnic divisions propagated by colonialists and carried on by the governments that followed, pointing out that the struggle was built on the need for many Rwandans to claim back their right to a country which they had been denied.

Running through the years of the struggle and the aftermath, rebuilding the country from scratch, President Kagame gave a detailed account of how Rwanda has been able to overcome insurmountable challenges, some of which people thought the country would never effectively address.

He said that the difficult past and a number of other challenges made him and others think of ways to deal with bad history and forge a better future for the country, very often coming up with home grown solutions, untested anywhere before, to deal with issues which many thought can’t be dealt with.

“When bad things happen to you, you either give up and lose hope or you are hardened by it and find some sense of hope that helps you to improve. Leadership matters because it addresses the problem at hand. You introduce a new mindset that helps address the problem,” he said.

Rwanda will on Thursday mark 25 years after the then rebels led by President Kagame overthrew the genocidal government to end the massacres that claimed over 1 million lives, to usher in a new era.

The head of state said that the country started from scratch, not only rebuilding infrastructure but also the social fabric which was completely damaged.