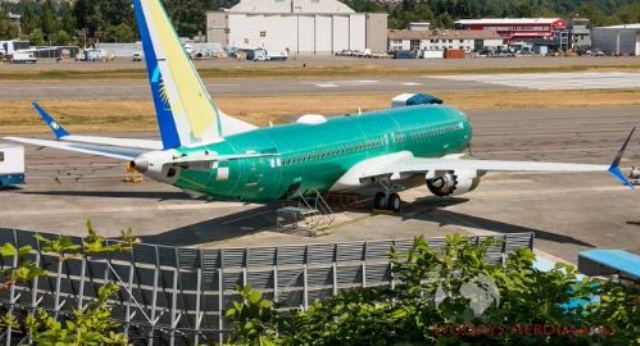 Rwanda has officially said that it has put on hold a purchase order for the Boeing 737 Max plane until the troubled aircraft sorts out its technical problems.

Rwanda was one of the many countries that had ordered for the Boeing 737 max planes before the aircraft was this year involved in two fatal aviation accidents in Indonesia and Ethiopia – killing 346 persons.

The 737 Max family of aircraft was grounded on March 13, 2019, after the second fatal crash within five months was linked to malfunctioning flight-control software.

Though world’s leading aircraft regulators have agreed in principle to coordinate in restoring Boeing Co.’s 737 Max to service once they’re confident that technical updates and new training meet safety standards, Rwanda says it will wait.

“Yes, we had ordered for the Boeing (737 Max), those that had problems. So we just waited to see how that issue is going to be resolved,” Rwanda’s Minister of Infrastructure, Amb Claver Gatete told a press on Wednesday.

The Infrastructure minister made the remarks shortly after Rwanda and Brazil signed a Bilateral Air Services Agreement (BASA) aimed at enhancing air cooperation and aviation development between both countries.

Gatete said that Rwanda has also ordered for an Airbus plane to expand on its aviation routes, and to achieve this, said the Minister, the country remained open to ordering from other manufacturers with an eye on Brazilian planes.

“As we acquire more aircraft then we can go to many more countries including Brazil but at the same time, there is nothing that stops us from buying any aircraft whether in Brazil or anywhere,” Gatete said.

Rwanda’s order for a Boeing 737 Max which was being built by Boeing Commercial Airplanes, was supposed to be delivered by this April this year.

Rwandair had in 2016 purchased two Boeing planes which include the Boeing 737NG that are already flying to several routes in Africa and Europe alongside the Airbus A330s.

Though Minister Gatete didn’t specifically mention that Rwanda’s intention to shift from using Boeing planes to Brazilian made Embraer planes, he said that the BASA deal would be an opening to this option.

The Brazilian ambassador to Rwanda, Amb Fernando Estellita Lins de Salvo Coimbra, however, said that Rwanda choosing to deal with Brazil was a good opportunity for the country to take advantage of using some of its state of the art aircraft especially their new Embraer cargo planes.

“We are one of the largest manufacturers of aircraft and we have a new cargo plane that is top of technology. But besides having technology in aircraft manufacturing, we have a large aviation sector which is of benefit to us all,” Lins de Salvo Coimbra said.