Home NewsNational When the Law Catches the Law Enforcer
National

When the Law Catches the Law Enforcer 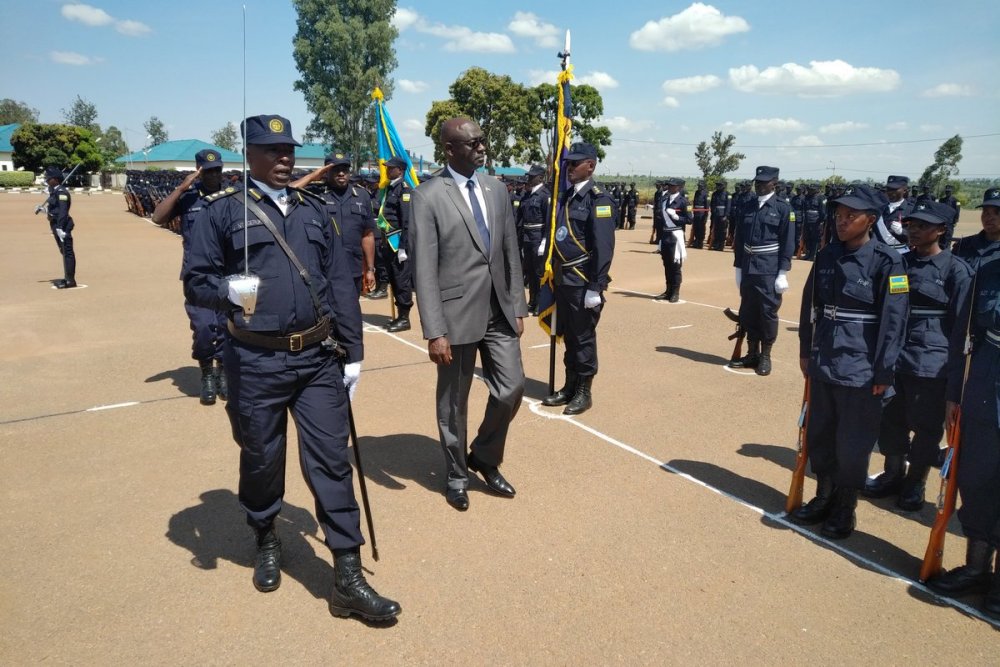 Johnston Busingye, Minister of Justice and Attorney General has Police among his attribution

In November 2018, while addressing journalists during a media interaction session, the Minister of Justice and Attorney General Johnston Busingye said that the government was tightening laws governing road users, including sharply hiking fines in order to reduce accidents and loss of lives.

During the session organized by Rwanda National Police (RNP) and Rwanda Media Commission (RMC), Minister Busingye said that the new laws which at the time were in Parliament, would ensure road users respect speed limits, zebra crossings and other road signs, thanks to the punitive fines.

Fast forward in August 2019, almost a year later, Mr Busingye became a victim of the same laws after he was caught speeding, hilariously sharing his own experience on Social Media, saying that he would pay the Rwf50, 000 fine for exceeding speed limits on his way upcountry for official duty.

Busingye’s post was initially focusing on how easy it is to pay fines through the online service portal Irembo but eagle eyed social media users were quick to remind the Attorney General that he broke the law he is supposed to be the custodian.

Busingye’s car was caught speeding by the recently introduced RNP roadside cameras which automatically generated a message informing him about violation of traffic laws and the fine.

Mr Busingye’s post on Twitter triggered a flurry of comments with one user Christian Ndayizeye saying that he was ‘angry’ with the Minister for going against the laws he always teaches others to respect.

In his defence, Mr Busingye, known to have a strong sense of humour said that by ‘us’ in his initial tweet meant himself and the driver but he was not the one on the wheel.

“Christian, you saw the “us” in my tweet? It meant the driver and the rest of us in the car. I wasn’t driving, I don’t know where we were caught from,” he explained, adding that he is taking responsibility because the car is in his names, and that he is the reason it was moving.

“It will be my driver’s eye opener,” the Minister said.

Some applauded the Minister for sharing his own experience and being humble enough to accept the fine instead of using his position to wriggle his way out of the law’s long arm.

“Incredible, I thought Justice Minister would have special treatment after being caught over speeding, Excellent indeed no one is above the law,” Nicky Rudakemwa wrote, to which Busingye responded “we have the same traffic law, Nicky, it applies to all of us.”

“Pole Sana Honorable, Rwf50, 000 is the contribution to the construction of Bugesera airport,” Innocent Niyonshuti wrote.

“Honorable, I thought you are exempted” wrote Dr Joseph Ryarasa Nkurunziza, to which Busingye responded “That’s fine, Joseph. Now replace that thought with its opposite”.

“One thing, l am extremely grateful for in this country is that N0 ONE is above the law. If the Minister of Justice, the man behind laws is not exempted and is proudly paying means we should all respect the law,” said Sylvie Nsanga

“When the Minister of Justice tells you he’s been fined and going to pay, just think about the advanced level of the rule of law in Rwanda,” commented Yassin Tusingwire.

Earlier this year, RNP introduced highly efficient roadside and highway closed- circuit television (CCTV) which are fitted with number plate identification software that immediately sends an SMS to the registered owner of the vehicle informing them of violation committed and the corresponding traffic ticket.

The cameras were fitted on roads, including highways heading to different parts of the country, to improve road safety and minimise accidents.

Available figures indicate that 60% of road accidents in the country are caused by careless driving such as using the phone while driving and over speeding.

Statistics from RNP Department of Traffic and Road Safety indicate that at least 465 people died in road accidents last year, while 654 others sustained injuries in the same period.