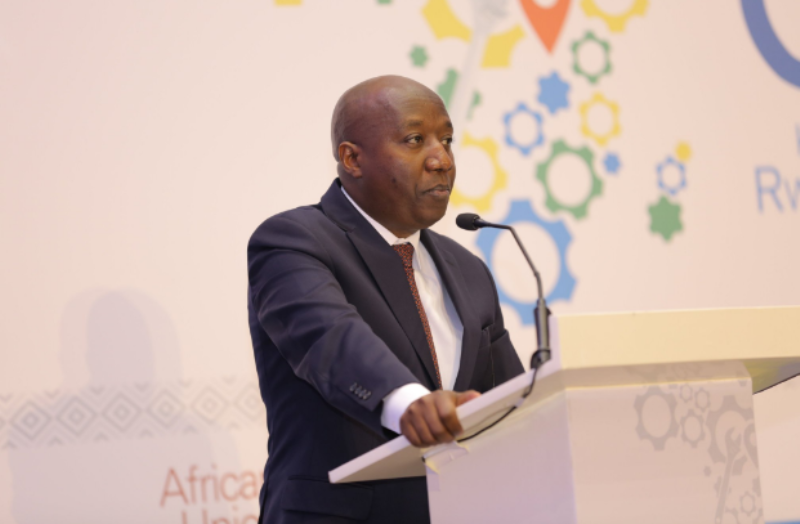 Rwanda’s Prime Minister Dr Edourd Ngirente has asked members of the Commonwealth Association of Technical Universities and Polytechnics in Africa (CAPA) meeting in the capital Kigali, to help fight cases of young Africans who abandon school in search of jobs.

The Prime Minister who was officiating CAPA’s International conference at Kigali Convention Center on Tuesday said that a considerable number of young Africans, often without needed skills, leave the school system every year in search for jobs.

He rallied for collective efforts to end the vice which, he said, leaves Africa with the low level of skills for the modern job market.

Available statistics show that of Africa’s nearly 420 million youth aged 15-35, one-third are unemployed and discouraged, another third are vulnerably employed, and only one in six is in wage employment.

As a result, statistics show, youth face roughly double the unemployment rate of adults, with significant variation by country.

For Prime Minister Ngirente, “These young people should be encouraged to complete their studies so as to be qualified for the labour market and be able to create their own jobs.

According to Prime Minister Ngirente, supporting young people to acquire job-related skills is a key developmental challenge for governments in Africa. 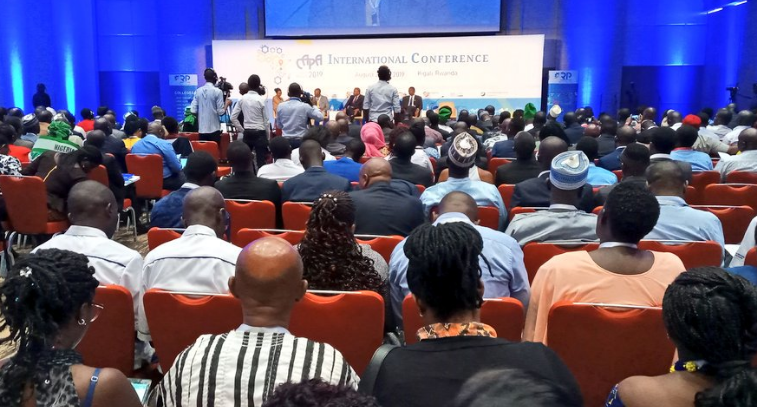 He, however, told participants at the conference that to bridge the unemployment gap among the youth, Technical, Vocational and Education Training (TVETs) are one of the lasting solutions Rwanda has particularly put forward to produce the next generation of innovators.

“TVET is one of the most powerful tools to fight poverty. It does not only provide skills to gain paid employment but also to promote and support creativity, innovation and entrepreneurship in order to develop the ability to create jobs and employment opportunities.”

In Rwanda, said the Prime Minister, “we believe that TVET skills are one of the drivers that support the economic transformation we want in our country, and this is only possible if graduates from TVET schools are highly skilled and competitive on the labour market,”

The Prime Minister reminded participants at the conference that Africa needs skilled workers.

In particular, he said, “competent artisans and technicians are needed to fill skills gaps in various sectors of the economy, including the construction industry, energy sector, water distribution and sanitation systems, and large public works.”

The Commonwealth Association of Technical Universities and Polytechnics in Africa (CAPA) is a Pan-African organization that was established following a resolution of the 7th Commonwealth Conference of Education Ministers that was held in Accra, Ghana in March 1977, with a mandate to support professional and skills development and to promote policy advocacy in favour of technical and vocational education and training (TVET).

CAPA has a membership of over 170 post-secondary educational institutions across 18 African countries.

The Prime Minister told participants that one of seven Aspirations of Agenda 2063 is that we need an “Africa whose development is people-driven, relying on the potential of its people”.

According to Prime Minister, If African countries are to become talent-driven, “we still need to educate our youth and encourage them to embrace labour mobility opportunities. African youth should take advantage of AfCFTA in terms of free movement of labour as an added opportunity for them.”

On July 7 this year, the Africa Continental Free Trade Area (AfCFTA) was operationalized during the 12th Extraordinary Summit of the African Union in Niamey, Niger. The continent’s single market, which was signed in Rwanda’s capital Kigali in March last year, is expected to boost trade at a base of at least $4 trillion.