Dressed in uniforms, they run all over well-manicured gardens, mixed with pavers. They are from school – some 300 meters away from the model village, which was launched by President Paul Kagame, nearly three months ago.

Images of this village on the launch day, have completely changed, compared to the current look.

Joyful Children are playing around the 4-blocks’ village whereas bunches of clothes are hanging all over. On each block, women are either cooking or washing home utensils.

On the other side, technicians repair broken bulbs – visibly revealing a fully occupied area. Next to the technicians, other people are engaged in maintenance activities such as repairing broken pavers.

On the northern part of the block, constant sounds of a 10,000m3 capacity water plant keep rolling the area.

Next to the water facility – in few meters away, are greenhouses. Some shelter tomatoes while others cover different vegetables and fruits. It’s a horticulture wing of the village, to be precise. 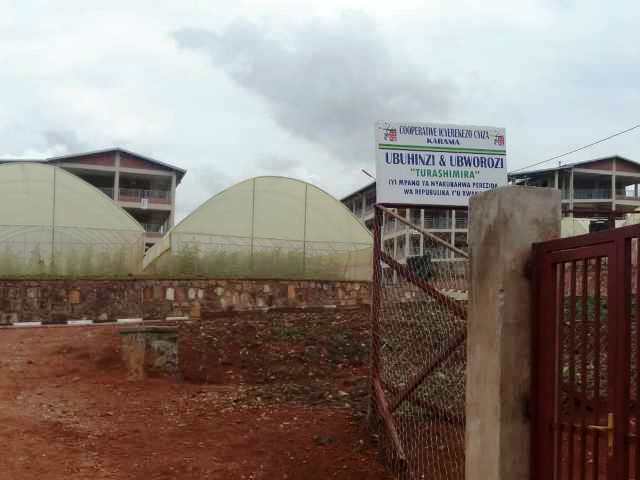 Approaching these greenhouses, however, one cannot stand a minute to enjoy their beauty, then being lured into the next building – home to a poultry farming at the village.

Sounds of clucking Hens welcome you. A closer look at the building, eggs lay on the designated areas inside the farm – housing over 7000 Hens, all aged between 18-19 weeks.

They are kept there to lay eggs continuously till their 72-78 weeks of age – producing about one kg of eggs by consuming about 2.25 kg of food each per day during their egg-laying period.

The 7000 Hens produce combined 6000 eggs every day, according to veterinary specialists at the village.

A constant market has been secured. “These eggs are exported to Democratic Republic of Congo (DRC),” says Nyarugenge District Mayor Kayisime Nzaramba.

Welcome to Karama village – home to 240 families formerly living disadvantaged lives. They are enjoying a new life in the village. But some could not make it to this final destination. They died, even months before the relocation took place in August this year, due to landslides that covered up their homes while in deep sleep.

Janvier Ngaruriye, 40, lives with agony every day. A former resident of Gitikinyoni, Nyabugogo, he lost three neighbours due to landslides.

“Whenever it rained, nobody would ever think of sleeping. But worse still, some could not survive the tragedy. I buried three of my neighbours a few months before coming to this village. Thank God we survived and were rescued to this village,” Ngaruriye tells KT Press in a candid chat. 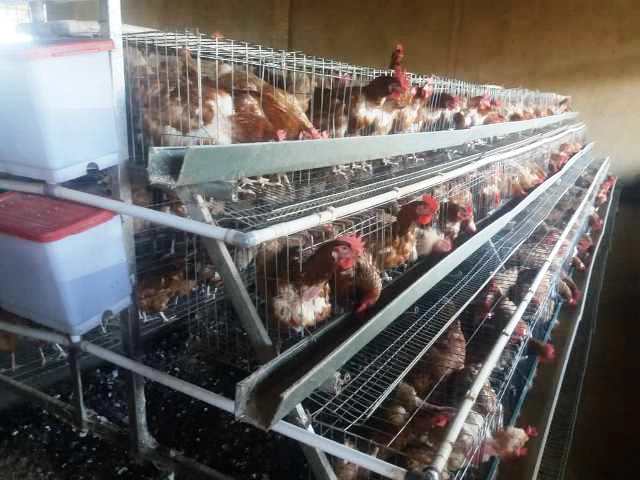 The intention of the visit was to explore how, after relocating to the villages, life is, among occupants.

In both villages, the messages you receive upon arriving are of hope, ready for change, the will to make money and Children education.

However, nightmares especially among the aged, high tuition fees for children and lack of enough food are included on the menu that is served to visitors of these villages.

It is a hectic task to visit each of the 240 doors at Karama village, and 160 others at Gikomero village. In fact, you cannot easily get occupants.

Most, apart from Children returning from School, are always away making ends meet.

But a sampled visit to the villages, clearly indicates that they have significantly transformed the lives of the occupants.

At Karama village – ten kilometres from the City of Kigali headquarters, scores of occupants who spoke to KT Press expressed gratitude to the government for the unmatched generosity to relocate them from high-risk zones and offer them decent homes.

“We are settled. I can now leave home and come back well confident that my children are safe,” Francine Mukundiyukuri – a mother of two told KT Press, as she led us inside her single-room house.

“Before coming here, we could not sleep whenever it rained in our previous homes. You couldn’t be sure if your Children would return back from school. It was a disaster,” Mukundiyukuri said as she covered her sleeping child. 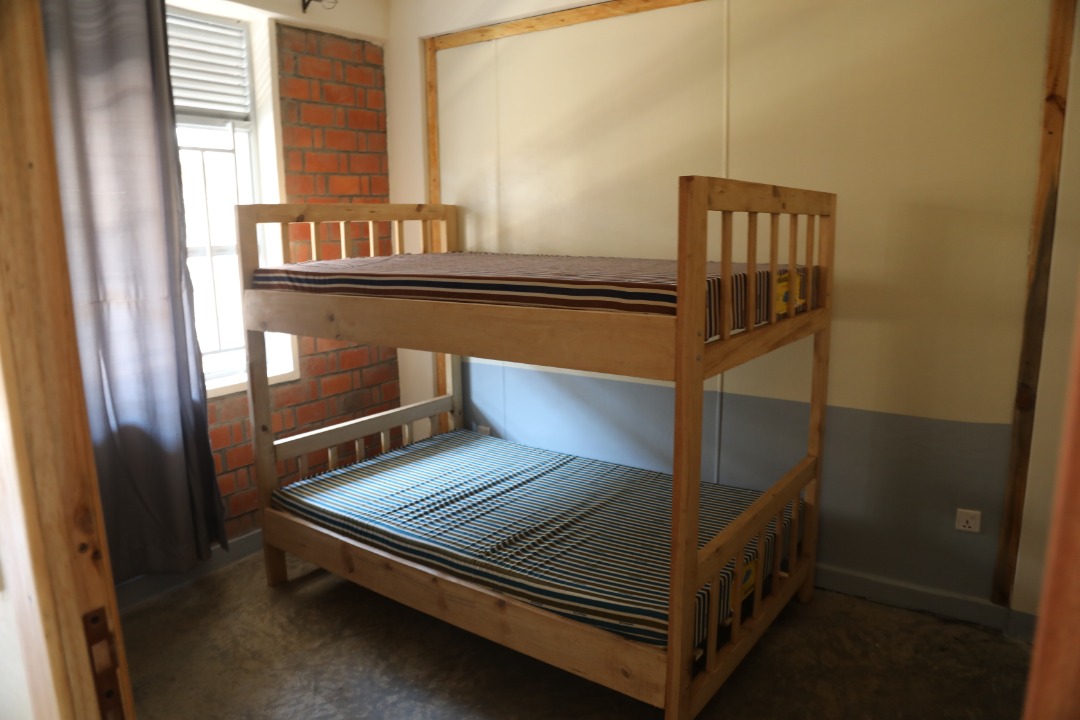 The child sleeps in the sitting room, in a set of chairs simultaneously designed as a bed. During the day, they use them for sitting. At night, it is used as a bed.

For Joseph Nzabonimpa, another resident relocated to Karama village, “Education for our Children, decent houses and security are life-changing. We are relieved.”

At every entrance of the village, security guards keep 24/7 surveillance to ensure the safety of the community within the village.

For the case of Gikomero, a police post has been established a few meters from the village.

“We are humbled to live with police around us,” Callixte Mbonyinshuti, a disabled father of three told KT Press.

Several development projects, apart from greenhouses and poultry farms, have been established at these villages.

A case in Gikomero village is small pieces of land each family has been given for farming.

Those who are wise enough have gone on to utilize even the smallest pieces near their houses, by growing vegetables such as Onions in front of their houses.

Like at Karama village, Gikomero village also has a poultry farm to help beneficiaries earn a living.

The 4800 Hens produce between 3600 eggs a day. This, beneficiaries say, has helped them start small income-generating projects. Some have used the Rwf100, 000 each received as the first dividend from the poultry farm, to start small farming projects.

Janvier Karemangingo grows potatoes on a 15/20 piece of land. “I get fertilizers from the poultry farm and use it to produce potatoes. On a good season, I get around 200kgs from my garden,” he said. 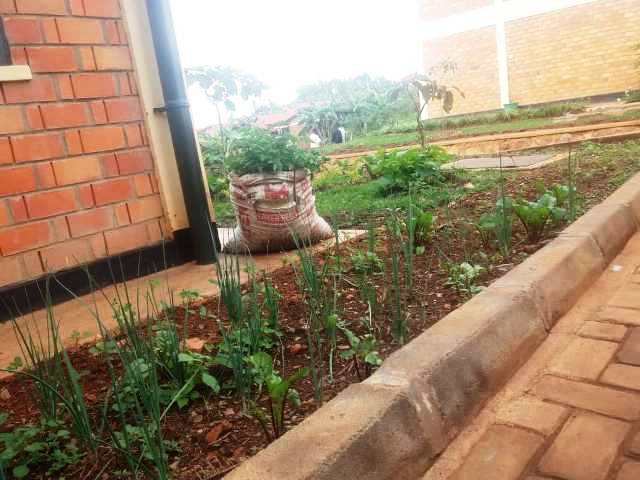 To earn more from the poultry farm, each family at Gikomero village gets 10 eggs per month. But at Karama village, residents wait for the good news to have a share of the business fully dedicated to them.

“At first, we used to buy eggs from the farm, but its managers later stopped it. We have since not received eggs,” Anastase Habimana, one of the occupants said.

“It would be better if we’re given eggs to help Children fight malnutrition,” he added.

Three months since Karama model was launched, residents claim some of the infrastructures have already started to phase out. For instance, inside Francine Mukundiyukuri’s house, she displayed a chimney used to transport pollution from the kitchen, which has since been leaking smoke – blackening the walls.

“You see the smoke leaks. We have decided to abandon using these cooking stoves to avoid damaging the houses,” Mukundiyukuri told KT Press.

In more than 20 more houses we visited, the same problem exists. 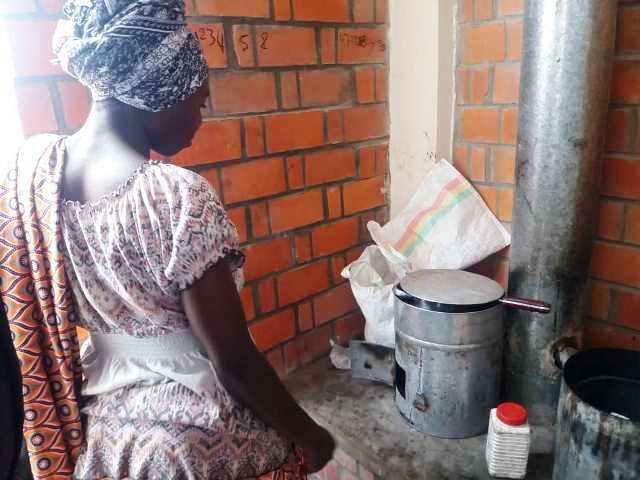 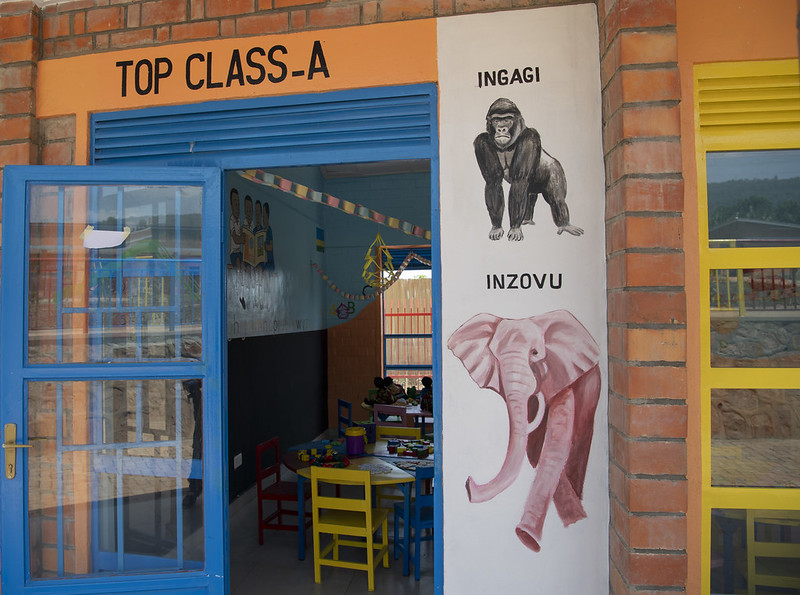 The facility is equipped with all essential materials for a crèche. However, parents who took their children at the centre claimed that tuition fee is high and cannot afford it.

Some also complained that the houses are small and cannot fully accommodate their families.

“I have two children and live in this single room house. It is not easy,” Jeannette Uwiragiye, one of the residents said.

“Rwandans need to change their mindset. I heard some complaints that those houses are small. But let them compare them with the muddy houses they formerly lived in within those high-risk areas,” she said joking that: “I myself was born in a family of ten children. We lived in a single room house but we managed to grow and I am here today. All people need to understand is that life is how you treat yourself. They should be thinking about the future now,” Nzaramba said.

And concerning some of the infrastructure problems, the district mayor told KT Press that, “We have disbursed nearly Rwf1 million from the district budget that will go to that village every month for maintenance of the village including the ECD. This is a permanent commitment we have made,” Nzaramba told KT Press.

One of the key strategies the government has put in place to provide decent housing for Rwandans includes Integrated Model Villages.

For instance, apart from Karama and Gikomero villages, the government has set aside Rwf15 billion to construct exemplary housing units in designated rural settlements –Imidugudu across the country. 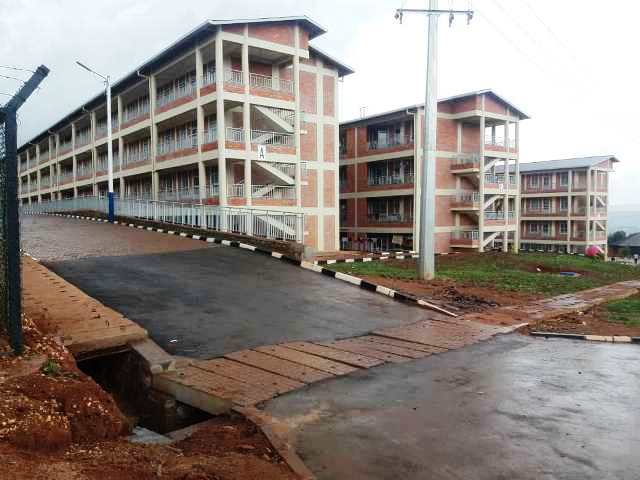 The money is added to the previously budgeted Rwf22 billion allocated to help districts settle 30,000 households currently in high-risk zones.

Reshaping rural settlements in Rwanda through adapting an all-inclusive rural settlement model that centers on providing access to clean water, electricity, health facilities, common marketplace, smart classrooms, improved road networks, common cowshed, embracing better agricultural practices among other things can be traced to one of the resolutions passed during the Government of Rwanda’s Leadership Retreat that took place in 2007.

According to officials at the Ministry of Infrastructure, 130 Integrated Development Program (IDP) model villages have been constructed countrywide.

Out of these, 70 villages have been constructed using clustered buildings approach of 4-in-1, 2-in-1 and 8-in-1 units with over 4,200 Households benefiting the program.

At every place where government has established model villages, transformation in terms of land value, business and housing have rapidly taken shape.

A simple case is Karama village. The village has come with infrastructure such as electricity and an asphalt road connecting Kigali and Nyamirambo sectors.

For instace, as a result of infrastructure, the cost of land in Kigali sector especially around Karama village has increased 10 times in a span of three years, according to Nyarugenge district mayor.

You may agree with the beneficiaries that, to some extent, the place offered to every family is small, but, these families do not tell you how ‘comfortable’ they were back in the high risk zone.

Change of environment, assurance for safety, urban infrastructure including access to water and electricity 24/7 are other assets that, apparently some beneficiaries are taking for granted, just because they are concerned by the fact that they are no longer able to do street vending in the smart villages.

However, if you want to understand their past, visit any of the slums/high risk zones in Kigali and have a comparison. You better go this rainy season because you will get better facts on the matter.