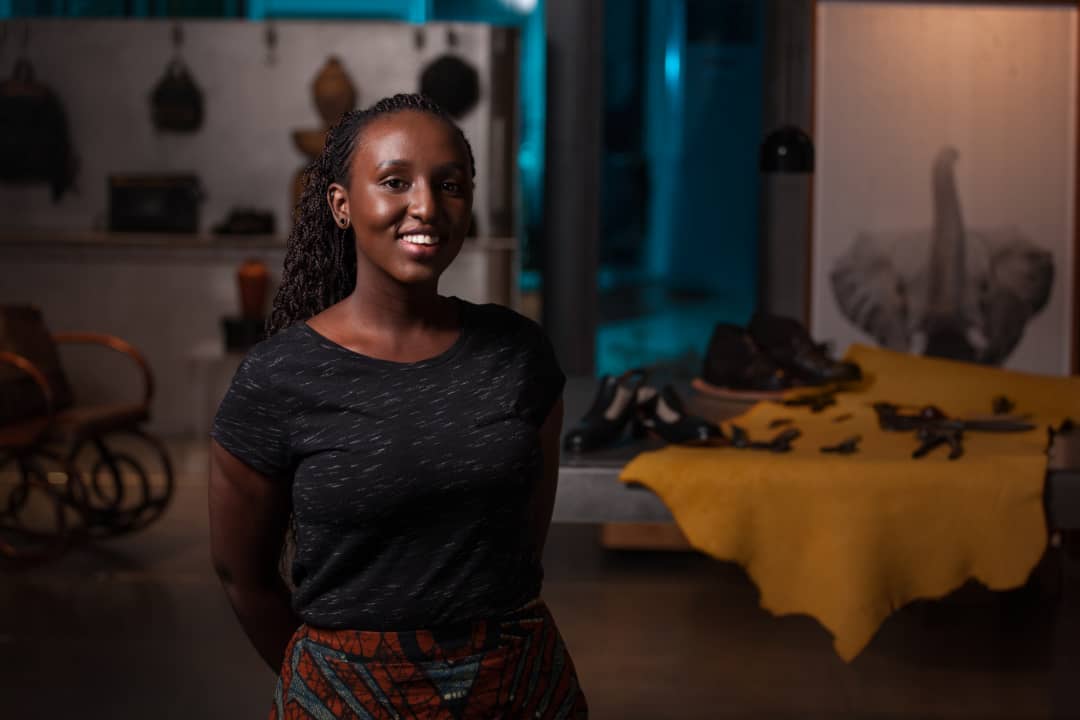 Excitement filled Kevine Kagirimpundu upon being shortlisted among the final 10 candidates.

Kevine Kagirimpundu, co-founder and Chief Executive Officer of UZURI K&Y – an African-inspired eco-friendly shoe brand and Christelle Kwizera, founder of Water Access Rwanda could, next month, walk away with huge packages after they were listed among the 10 finalists of Africa Netpreneur Prize Initiative awards.

The finalists were chosen from nearly 10,000 applicants from 50 African countries.

The Africa Netpreneur Prize Initiative (ANPI) is a philanthropic initiative spearheaded by the Jack Ma Foundation – a charitable organization established in 2014 by Jack Ma, Executive Chairman of Alibaba Group.

The organization aims at supporting and inspiring the next generation of African entrepreneurs across all sectors, who are building a more sustainable and inclusive economy for the future of the continent.

For the next ten years, the ANPI will host the “Africa Business Heroes” show where ten finalists will compete in a pitch competition to win a share of $1 million in grant money.

After months of judging and deliberation, the finalists were shortlisted and will now go on to pitch their business directly to four finale judges – Jack Ma, Founder of Alibaba Group and the Jack Ma Foundation; Strive Masiyiwa, Founder and Executive Chairman of Econet Group; Ibukun Awosika, Chairman of First Bank of Nigeria and Founder/CEO of The Chair Centre Group; and Joe Tsai, Executive Vice Chairman of Alibaba Group – during a televised finale event called “Africa’s Business Heroes”.

The winners will receive a share of the $1 million grant prize pool. The Jack Ma Foundation will host a full-day Africa Netpreneur Summit, an invitation-only conference where African and global entrepreneurs, investors, educators, and leaders will convene to discuss how best to enable entrepreneurship and the digital economy across the continent.

Guest speakers at the conference will include Ban Ki-moon, Former UN Secretary-General and Co-chair of the Ban Ki-moon Centre for Global Citizens.

“We launched the Africa Netpreneur Prize Initiative to identify top entrepreneurs from across the continent, not only to reward them but to inspire a whole new generation of potential game-changers for Africa. I have been inspired by the entrepreneurs I met in Africa, many of whom are dealing with the same challenges we faced when we started Alibaba years ago,” said Jack Ma.

“I truly believe the potential of Africa’s business heroes is limitless,” Ma added in the statement.

The awarding ceremony and the entrepreneurship conference will take place in Accra, Ghana, on 16 November 2019.

Speaking to KT Press with excitement, Kevine Kagirimpundu said, “It is a great achievement to have been nominated among the finalists. This was a long journey. We applied just like thousands of other African entrepreneurs in tens of thousands. So being shortlisted is a big achievement,” Kagirimpundu said.

She added that in case the award goes to her or not, being selected among the 10 finalists is a start of a long journey to take her company further.

Military Court Has the Jurisdiction to Try 25 RNC Militias –Judges