Home Society Had We Revenged, the Cost Would Have Been Huge – Kagame
Society

Had We Revenged, the Cost Would Have Been Huge – Kagame 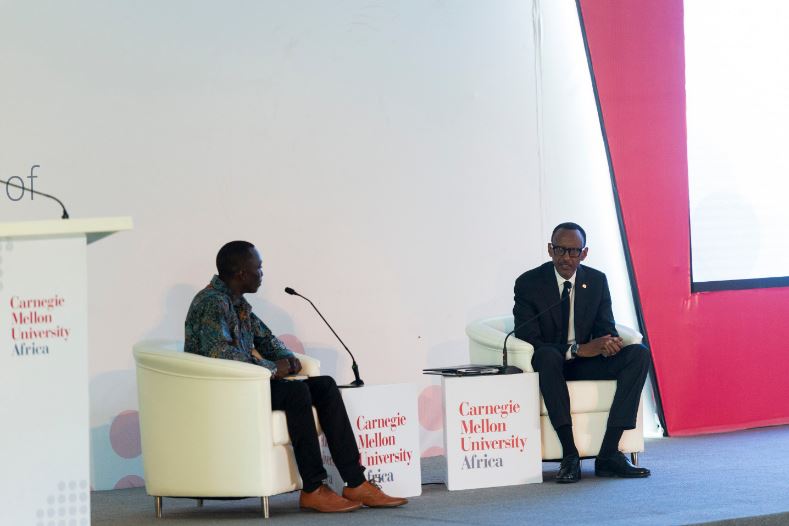 President Paul Kagame, commander in chief of the army that liberated Rwanda and halted the 1994 Genocide against Tutsi and now commander in chief of Rwanda Defence Force has said that he had to do the unusual to avoid failure in front of a community that included genocide perpetrators/planners and Genocide survivors.

He was answering a participant at the inauguration of Carnegie Mellon University Innovation Centre in Kigali who asked him how he prevented himself and the RPF Inkotanyi from revenging.

The student who asked the question recalled the background of Rwandan history during the Genocide where some  Rwandans turned against others.

He explained that the president must have lost relatives in the genocide, and so did other members of the Rwanda Patriotic Army (RPA) Inkotanyi.

He therefore, wanted to understand the formula the president and RPA at large used to prevent themselves from killing genocide perpetrators, after stopping the 1994 genocide against Tusti.

In response, the President said that he could not allow a failure that would kill a whole nation.

“There are people who lost families – victims, plus the people on whose hand those victims were found. You have an entire nation and there is none who was not affected by the tragedy being the victims, or those who were involved in the killing,” the President said in front of an attentive audience. 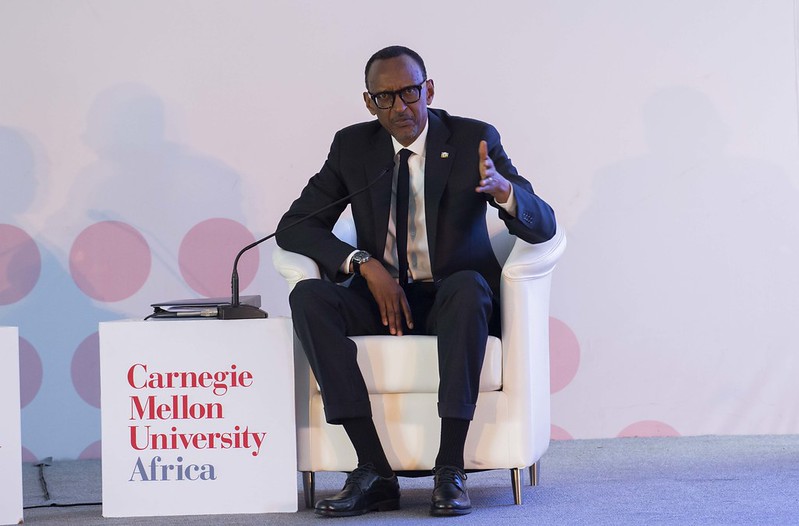 There was no magic formula, the president only used his high sense of humanity and his love to the country.

“There is no rule book here,” he said.

“You just have to go beyond the ordinary of doing things.”

“As you know in academia, people keep saying that you must allow yourself to fail and when you fail, you take your pieces and go.”

Kagame indicated that failure was not an option in this matter.

“The margin error that allows you to fail is the smallest because the consequences of failing in this case, would have been costly more than what we had faced,” he said.

“This is what pushes you to do things in the extra ordinary way.”

For example, he said, the young people who were stateless, but had the arms and had been fighting, found people whom they hold responsible of the death of their relatives

“The urge for revenge was very high and justified. The tendency would have been that killing those people would be okay, but you go beyond the usual,” he said.

The president said that “had we allowed this to happen, actually, we would just wipe up everyone, the cycle would continue, killings would still be going on up to now.”

He said that “everyone would find justification to do harm to the other, and it would not just get an end.”

“I found myself in the middle of it, but it was upon me, it was weighing heavily on my shoulder, my mind. I was entirely carrying the burden and had none to ask a solution and if I had failed to carry the burden, the cost would have been huge.”

President Kagame said, he had to find a solution to everything, despite not being a final solution at the beginning.

He said the country had to arrest, put the suspects in jail as they wait for justice, which was also another problem because it was difficult to try them all at the first instance.

Rwanda would later use community justice – Gacaca to try about two million cases of Genocide. The country succeeded to give justice within ten years.

Kagame said, these moments were the most difficult ever in his life.

“My failing would have been failure of the whole nation,” he said.

The president said he would not mind failing and trying again in other areas, but in matter of reconciling Rwandans, he could not allow failure.

Thank you for Believing in Rwanda – Kagame to Carnegie Mellon University