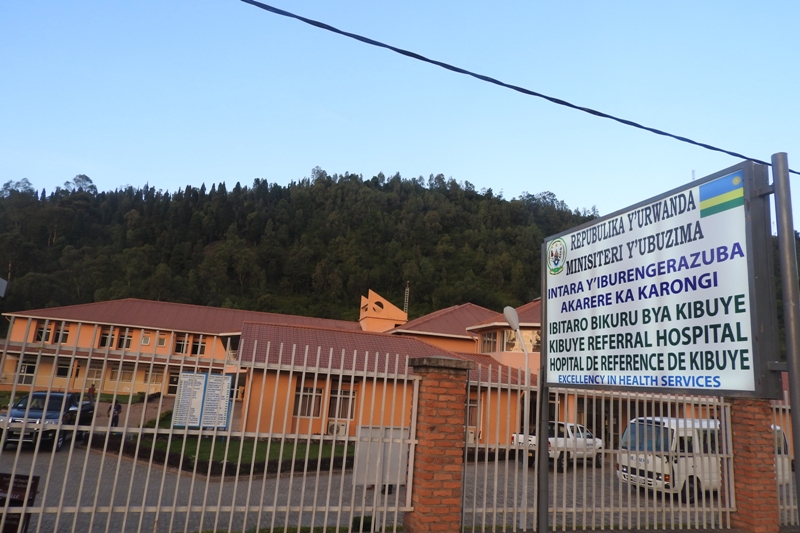 In January 2012, Innocent Sevumba was suspended from his post as the Kibuye Hospital administrative officer following investigations into the embezzlement of Rwf18.5m.

Sevumba had been briefly arrested and released on bail following a disputed audit in which he, alongside the hospital accountant Léandre Ntigurirwa and the procurement officer Dominique Nzaramba were accused of embezzling or failing to account for over Rwf30m.

The scandal saw a major shake in the hospital administration with the hospital director at the time, Dr Cyrille Dusengamungu, also relieved of his duties. Apollinaire Byiringiro was brought in to replace Sevumba as investigations into the matter continued.

Fast forward to 2019, Byiringiro also found himself at the centre of a similar corruption scandal as his predecessor after he failed to justify the source of his suspicious wealth before the Ombudsman.

The Ombudsman’s Office sued the officer in a court case which he lost. On Monday, the Office of the Government Ombudsman said it had won a case against Byiringiro, who now faces a 3 year sentence and risks paying Rwf197m in fines.

“When Mr Appolinnaire Byiringiro was the Administrative Officer of Kibuye Hospital, there were cases of mismanagement of public resources which prompted the Ombudsman to investigate the source of his vast wealth compared to what he earns,” a statement from the Spokesperson of the Office of the Ombudsman Jean Pierre Nkurunziza reads.

Earlier this year, the Intermediate Court in Muhanga found Byiringiro guilty of gross mismanagement of the hospital resources, sentencing him to three years in jail and fined him Rwf197.1m –a ruling he appealed in the High Court.

The court also ruled that two of his properties, a house in Kibagabaga Cell, Kimironko Sector in Gasabo District and another one in Ruli Cell, Shyogwe Sector, Muhanga district, which he could not justify the source, are auctioned and the money put in government coffers.

Despite appealing the ruling, Byiringiro lost in the High Court in Nyanza. The second highest court upheld the initial ruling.

“On November 7, the High Court upheld the initial ruling by the intermediate court, ordering Byiringiro to serve a three year sentence and pay fines worth Rwf197, 149, 420,” the Ombudsman’s office said, confirming the planned auction of the properties.

It is not yet clear whether Byiringiro, who until the ruling was on bail, will appeal the ruling again but sources say he was immediately detained after the November 7 ruling. Efforts to speak to his lawyer by press time were futile.

Prior to joining Kibuye Hospital in January 2012, Byiringiro was working at Kirinda Hospital where he oversaw administrative duties of the hospital also located in Karongi district.

Kibuye Hospital has in recent years been at the centre of corruption scandals. In October 2015, the hospital director Dr. Rwirangira Theogene was arrested on suspicion of embezzling hospital funds, alongside Byiringiro and Tuyisabe Floride, who was in charge of procurement.

The trio were arrested after an investigation by Rwanda Public Procurement Authority which showed that the officials flouted tender procedures. A subsequent investigation by the Ombudsman and the Auditor General further unearthed gross mismanagement of resources.

In the latest scandal, last month, the Minister of Local Government Prof. Anastase Shyaka ordered investigations into the contractor who was given a tender to construct a new building multimillion building for the hospital, which turned out to be substandard.

According to Dr Violette Ayingeneye, the new building was inaugurated in 2015 and the hospital moved services into the new facility. It was however found that the building did not meet the standards they expected, prompting management to move back services to old buildings.

This, according to Dr. Ayingeneye has affected service delivery at the hospital, which put on hold several services including surgery until the issues in the new building are rectified.

“One of the challenges in the new building is that it lacks proper electricity wiring and water supply, which puts it at risk of fire due to poor plumbing. The sewerage pipes were also poorly done and many parts of the building leak,” Ayingeneye said last months during the Minister’s visit.

Minister Shyaka ordered for an immediate investigation into the contractor who took the tender to build the facility in a bid to hold him accountable.

According to Vestine Mukarutesi, the Mayor of Karongi, the district will spend Rwf250m to fix the flaws in the building which cost Rwf2.5bn as the district and the contractor, an entrepreneur only identified as Rubare, continue to face off in court.

Mukarutesi said all the culprits will be held answerable.