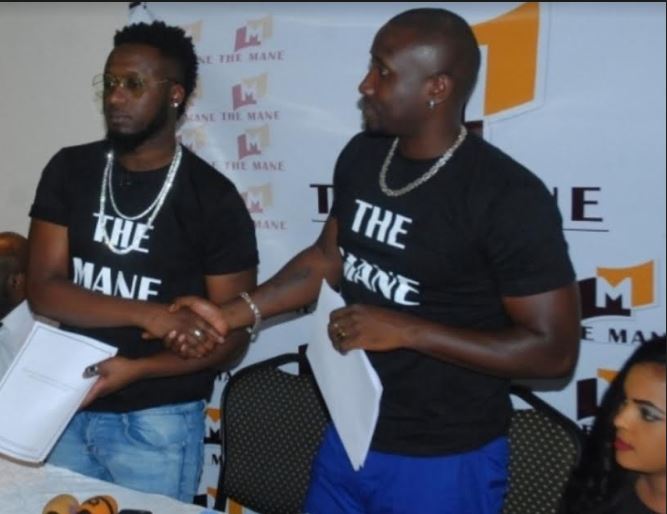 Afro-RnB singer Safi Madiba is on verge of losing songs he recorded with The Mane record label after he reportedly breached the contract by working with another music label known as Nukuri.

Safi, real names Safi Niyibikora quickly denied the allegations but, his boss Bad Rama confirmed the news to media saying that the singer walked away from The Mane and he risks losing some of the songs he worked on with the label.

“We started off Safi Madiba from scratch, invested lots of cash into his music career but in the end, he just decided to leave us without even notifying us yet he knows well that breaching a contract comes with penalties,” says Bad Rama,  real names Ramadan Mupenda.

Safi Madiba joined The Mane music label in 2017 after breaking up with Urban Boyz.

The singer recorded hit songs under The Mane with artistes like Rayvanny, Harmonize, Marina and others which he risks losing according to The Mane owner.

However, Safi denies breaching the contract saying he has been doing music with fellow artistes like Riderman outside The Mane music label and never received any warning from the management against working with other artistes.

“I didn’t breached any contract based on what I signed with The Mane and if it is about the song with Dj Marnaud, I have recorded various songs with different musicians like Riderman but I didn’t receive any sort of warning from The Mane,” says Safi.

The My Hero hit maker parted ways with Urban Boys in 2017 citing the need to pursue his solo career and he has managed to produce solo hit songs like Good Morning and My Hero.

The Mane has other artists like Marina, Queen Cha and newly signed upcoming musician Kevin.

He boasts of songs like Igifunguzo, My hero, Good morning, Kontwari and many more featuring local and regional musicians like Harmonize, Riderman, JayC, Fireman and Rayvanny from Tanzania.