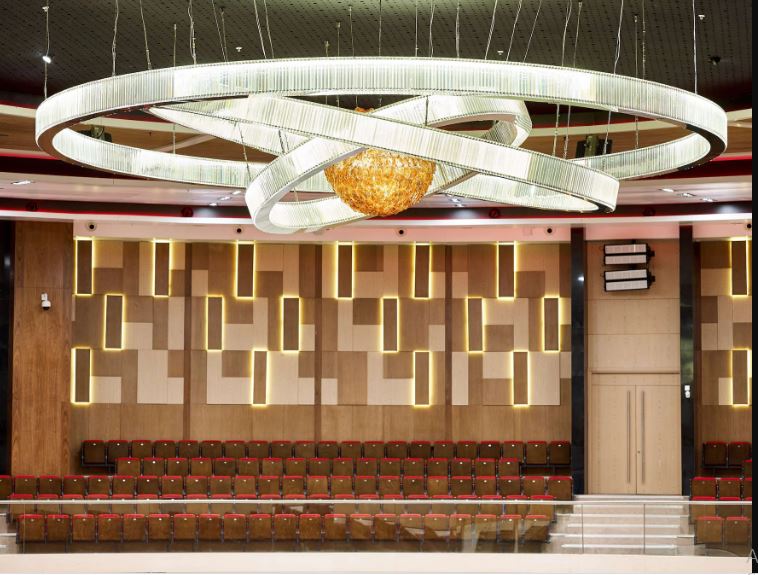 Kigali Convention Centre main hall, one of the principal meeting venues of CHOGM

Preparations for the 26th Commonwealth Heads of Government Meeting (CHOGM) set for June 22 to 27 this year are in high gear as Rwanda readies to host the biggest gathering of  Commonwealth members.

Addressing members of the diplomatic corps on Wednesday, President Paul Kagame said the country is working to ensure that the summit goes well, pointing out that among other things Rwanda has scrapped visa requirement for citizens from Commonwealth countries.

“Later this year, Rwanda will be honoured to serve as host of the 26th Commonwealth Heads of Government Meeting. Our teams are working closely with the Commonwealth to ensure a successful summit,”

“We are looking forward to your usual support. Related to that, we intend to make it even easier to visit Rwanda, by exempting citizens of the African Union, the Commonwealth, and the Francophonie from paying visa fees,” President Kagame said amid cheers from the envoys. 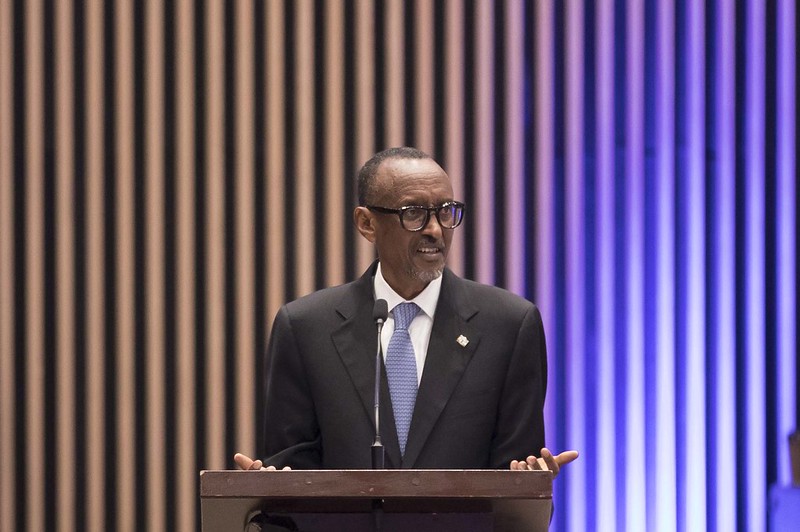 He said that Rwanda will also do it for other countries that are not necessarily members of the two organisations, in a bid to facilitate more people to visit Rwanda.

“We want more people to visit us. I was going to say, we don’t want more money but no, we want it. We are going to exempt only visa fees; the rest we want it. Of course, citizens of all other countries will continue to be eligible to obtain a visa on arrival, which has already been operational,” he said.

The 26th Commonwealth Heads of Government Meeting that is due 22-27th June will this year be hosted in Rwanda’s capital Kigali. The meeting is expected to be attended by leaders from all the 53 commonwealth countries and thousands of delegates from all over the world. In the spirit of CHOGM, preparations in the City of Kigali are in full swing across all sectors infrastructure and roads inclusive.

According to the Minister of Infrastructure, Claver Gatete, plans to beautify and green the city to ensure that by the time of summit Kigali will be looking the bit as global leaders descend on Rwanda for the biennial summit.

“By the time of CHOGM, all road works will be done. We are looking at making the roads and the city to give the delegates a good environment,” Minister Gatete said.

Among other things, he said alternative routes and expansion of existing roads is going on to ensure quick and smooth movement of the delegates and citizens at the same time. According to reports, Rwf10bn has been allocated by the government towards overhauling roads in the city.

He however said that some of the changes being implemented are long term and are aimed at turning Kigali and other secondary cities into ‘smart cities’.

Among other things, he said construction of houses and buildings will be planned and aligned to ensure organisation in development where there is a code to follow to build a city that looks beautiful, organised and comfortable not only for the citizens but also visitors.

Minister Gatete said that while there is no order to create uniformity, the main aim is to ensure that development looks coordinated, where by cultural features such as ‘Imigongo’ and other traditional decorations synonymous to Rwanda culture is will be integrated in the development process.

Some of the new iconic developments in Kigali include Kigali Convention Centre (KCC) and Kigali Arena already exhibit the features.

“We want to build cities and towns where you go and say I am in Rwanda, because they will have our identity and heritage,” Gatete said, adding that going forward, all constructions will follow a known pattern in a bid to develop in an organised manner.

Works on new alternative roads are underway in different suburbs of Kigali with view to completing them by June, when Rwanda is due to host the next Commonwealth Heads of Government Meeting (CHOGM).

Among the roads being upgraded and beautified ahead of CHOGM 2020 include Kigali International Airport- Central Business District road (African Union Road) and roundabouts at the airport, Gisimenti, KCC, Ninzi, KBC, U.S Embassy, Sonatube and the main roundabout in town.

“Each one of them will have unique features to make them outstanding with the main aim being making them green and beautiful to create a relaxing feel for those in the city,” Gatete said.

Several roads including Kabeza-Remera-Prince-House-Airtel and Nyabisindu-Nyarutarama, Nyarutarama-Utexrwa-Kinamba-CBD are being upgrade to complement the main road from the airport which will be mainly used by delegates.

Capital Market University Challenge Is Back