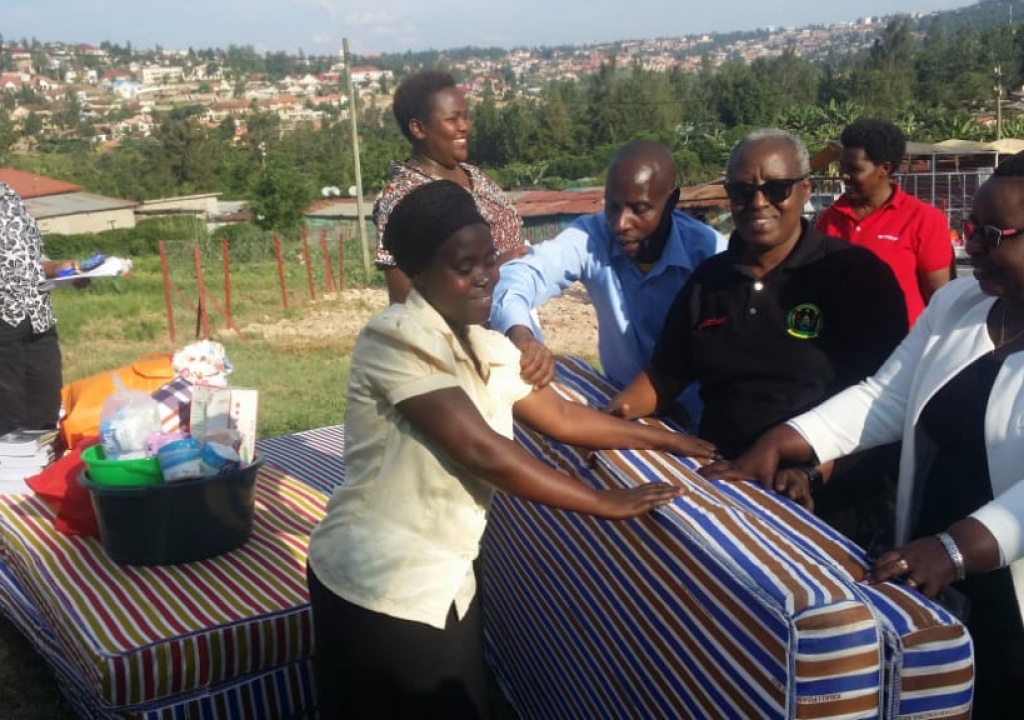 As the rest of Rwandans and the world celebrated Christmas, Julienne Mukasekuru was in deep shock.

She experienced a depressing and shocking condition when heavy downpour started – demolishing her house – ruining her day.

At around 6:15pm on Wednesday, December 25, 2019, Christmas mood was high in Mukasekurus’ family, but soon after the family started eating and drinking, her house started leaking.

The rain that turned out a national disaster increased after thirty minutes, until the house walls collapsed, cutting celebrations short.

The mother of two, evacuated her Children to her neighbor’s house located in Kangondo village, Remera sector of Gasabo district in the capital Kigali.

However, apart from Children that she managed to evacuate, all the family properties that were inside the house were swept away by heavy running water.

Several properties were destroyed including her television set, mattresses, and other utensils.

“We did not celebrate Christmas as we had planned, it started raining when we were eating, and running water started evading the house, until walls started collapsing. We rushed out of the house, but we never evacuated any of our properties.” Mukasekuru told KT Press.

She added: “Our neighbors were kind, they accommodated us that night, the following day we got a house to rent, and borrowed properties to use like saucepans and mattresses for us to survive.”

On Monday, the 37-year-old was among the forty four (44) families that were compensated by Action-Aid── an International global federation committed to end poverty and injustice.

Affected families were compensated with properties worth about Rwf60 million; other properties including mattresses, bed covers, basins and buckets, among others.

This donation came at a time when government also contributed Rwf20, 000 per family for renting emergency rooms, as victims look towards construction of other permanent homes.

“The government has been supportive since the time of troubles in December; they gave us Rwf20, 000 for rent, it is a one month rent, we are also preparing for alternatives,” Mukasekuru said.

After Christmas heavy downpour, twelve people were reported dead as a result of the disaster while roads were also destroyed.

A national risk atlas released in 2015 estimated that combined assault by disasters against Rwanda could cost the country a massive Rwf100billion.

Josephine Uwamariya, Country Director of Action Aid Rwanda said, “Our organization do not work in emergency programs, but we were also depressed by how people were affected by heavy rains, people lost homes and properties, we had to extend assistance to them,”

“These properties are not for sale, you should use them in your families, and they should benefit children and every family member,” she said.