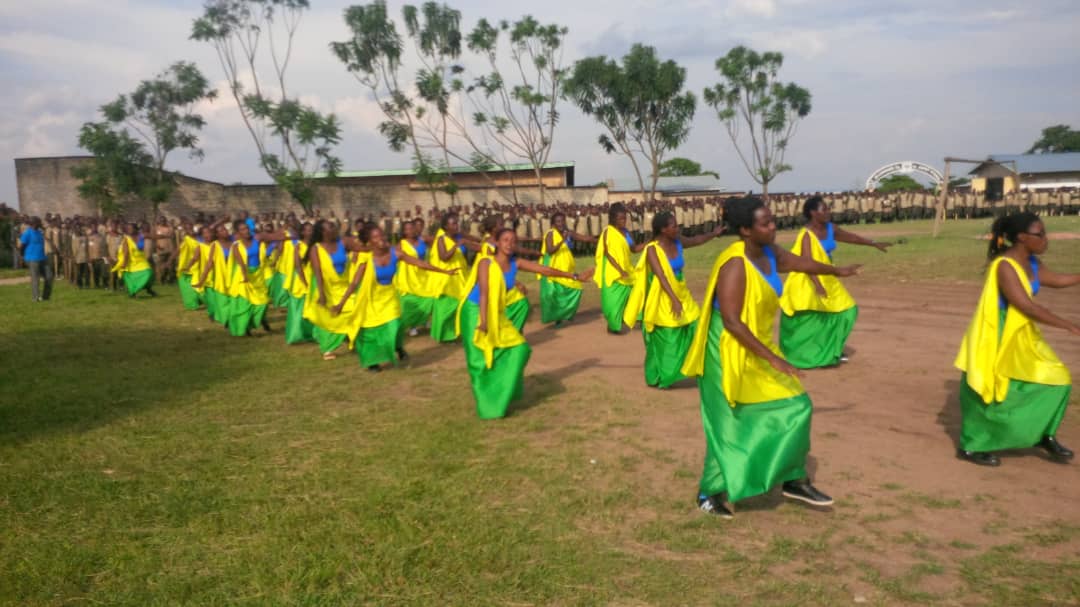 “History, despite its wrenching pain cannot be unlived, but if faced with courage, need not be lived again” so said American writer and poet, Maya Angelou, who could almost have been thinking of Rwanda. Few peoples have a more painful history, but facing it is advice Rwanda seems to have taken to heart in its entirety.

A large playing field in Christ Roi College, Nyanza, 1,630, men and a smattering of women, most of them young, in a uniform of grey trousers, grey jacket and gum boots, are gathered in several groups.

Sitting in front of the grey uniforms, straight backed with near perfect posture, smiling into the cameras, is a group of women, in traditional dress. Their bright yellow, blue and green reflecting the national colours.

The atmosphere is last day of the school year, prize giving day. Dancing, valedictory speeches, and addresses from high ranking dignitaries, including the Minister of education Eugene Mutimura, and Vice President of the National Itorero Commission (NIC), Lieutenant-Colonel Desire Migambi.

But it is not the last day of school, and these are not students, although they had gathered to learn. They are in fact secondary school history teachers from across the width and breadth of the country, on the last of an eleven day Itorero training, that looked at the challenges of teaching history in Rwanda, and how these challenges may be overcome.

Until 1994, with the defeat of the genocidal government of Juvenal Habyarimana, history had been turned into a vehicle for transmitting hate by one community against another, from generation to generation. Any part of Rwanda’s history that could not be bent to this purpose, was excised from the school curriculum.

For a period, after 1994, there was a hiatus for the teaching of history, for all except University students. The Rwanda Patriotic Front (RPF) led government wanted time consultation on how to rescue the subject from what it had become, back to one through which the very ideology that had perverted it, could be objectively studied, and understood.

“The past is never dead, it isn’t even past” observed a character in one of William Faulkner’s books, Requiem for a Nun.” Appropriately, Rwanda looked to its past to solve a problem very much in the present. The secondary school teachers were sent to Itorero, where in between physical exercises, they went through workshops to free themselves from their past, the better to teach it.

In ancient Rwanda, Itorero was part finishing school, part higher education institution, where Rwandans went for instruction in Rwandan history, language and culture, leadership, and how to conduct oneself as a Rwanda. Itorero also provided military training for qualified students.

Predictably, it was banned by the colonial authorities, a ban that was maintained by the sectarian, genocidal governments that followed independence. It was revived in 2007, by the RPF led government of national unity.

“This training was very necessary. Although we understood our subject, we would often find it difficult to know how to approach certain areas of our history. This was openly addressed in the workshops, and we now feel completely confident in how to proceed” said Gervais Mbonabantu, a teacher at Ecole Santa Maria Karamba, in Gicumbi.

Of particular difficulty for teachers, was how to give their students a full understanding of the history of the genocides against Batutsi. Florence Kwizera who teaches in Rutsiro, identifies a reality that resonates with Rwandans in almost every aspect of their lives.

“For some among us” she said, “the history of genocide is too traumatic, while others carry guilt about it. For instance, someone might have a parent, or another relative who committed crimes of genocide. Such a teacher would feel guilty about teaching the history of genocide. Even the pupils might say, ‘look at who is teaching us about the genocide, whose parent was one of the killers’’’

“We now feel better able to teach the history about genocide against Batutsi as we know it” added Mbonabantu, “without worrying about how any of us might be perceived. For instance, a student might ask you whether you are a Mututsi, or a Muhutu, and where you stand. We have been encouraged to confidently to explain what these terms were in Rwandan society, that while these terms are indeed part of our history, we are nevertheless all one people, Rwandans.” 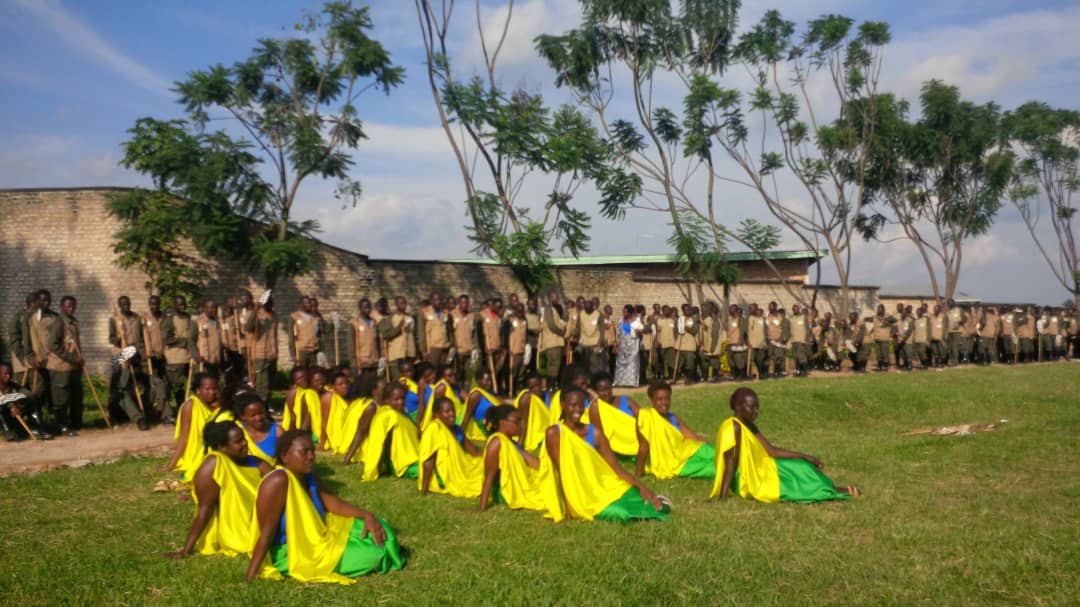 This particular Itorero was organised by the Rwanda Education Board (REB) under the Ministry of Education, with support from other relevant agencies and organisations, including NIC itself, the National Commission for the fight Against Genocide (CNLG), and the Aegis Trust.

For the Director-General of REB, Irene Ndayambaje, himself a former teacher turned administrator, the importance of the exercise could not be underestimated. “We would be making a grave mistake, if our children did not get proper instruction in our history” he said, simply.

This Itorero has already been subject to misinterpretation, even before the teachers step back into their respective classrooms. There are reports that after the training, teachers “are expected to teach official version of Rwanda’s history”, virtually the exact opposite of the aims of the training, to give teachers the confidence to confront a difficult history.

“Our aim was not to teach history, because these are all history teachers, and they know their history” said one of the trainers, Theophile Bayisabe, “we know that there are certain parts of our history which many would prefer to skip, for fear of how they might come across. Our aim was to work with them to arrive at how they can teach our history as it is, confidently, without being constrained by how they think they might appear.”

World’s Biggest Basilica due Next Year in Kibeho – Rwanda