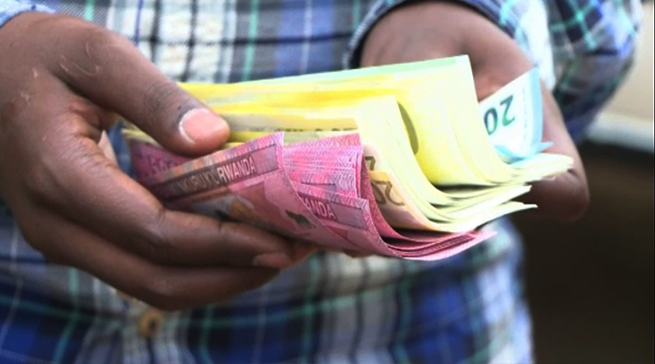 Rwanda has increased penalties for anyone nabbed in an act of money laundering, financing acts of terrorism, from between seven to ten years, to more than two decades in jail.

The decision was cited by parliament in the revised anti-money laundering and combating the financing of terrorism bill which was first passed in 2008.

The bill which penalizes offenses of money laundering, financing terrorism was also revised in 2018- Law 69/2018 of 31st August 2018

The bill bounced back to parliament late last year for revision after it emerged that it had many loopholes in the law, in comparison to the country’s objectives of joining the fight against the two global emerging crimes.

The Parliament budgetary committee Chairperson, MP Omar Munyaneza said that after the country was accessed in 2014 on the implementations of the recommendation  of Financial Action Task Force (FATF), an anti-money laundering movement, a report showed gaps which negatively impact on Rwanda benefiting as a member of the group.

Munyaneza said the assessment showed Rwanda had not implemented most of the recommendations and gaps that were seen in the implementation of the laws and institutional operations in line with FAFT recommendations.

Some of the gaps are that the previous law didn’t punish curtailing of weapons of mass destruction- which had been revised and improved in specifying name of crimes, lack of essential preventive measures on both crimes including lack of screening weapon suppliers.

“The other gap was that the penalties were very low compared to the gravity of crimes of money laundry and financing terrorism or supplying weapons of mass destruction. That is why we increased the penalties,” MP Munyaneza said.

In response to these gap, the revised law has increased punishment for financing terrorism crimes from seven-to-ten years to twenty to twenty five years in jail, plus multiplying fines from three to five times of the funded amount.

Fresh in the law

In the new law, Rwanda also added one new penalty for funders behind the supply of weapons of mass destruction. These ones will get 15 to 20 years in jail plus fines multiplied five to ten times of the money involved.

The parliamentary committee also worked on the law establishing the financial crimes investigations, but the committee also accessed if these laws would not contradict the existing ones on- corruption and recovery of funds- which in nature encompasses money laundering and financing terrorism crimes.

Different from the punishment on corruption crimes, the committee also stamped the money laundering offenses as lifetime offenses- in which one has to be brought to justice, as required in the international recommendations from FATF members.

Parliament also stipulated that the placement and use of recovered money from these crimes will be guided by article 39, of law on general penalties, thus no need to retain this provision in the new law.

The new law, written in English, has 41 articles from 39 originally lined in five chapters, including one new chapter on establishing of a taskforce to deal with the above two emerging crimes.

Some of the MPs were concerned about contradiction of the new and existing law but also how the two crimes will be separated from the law of recovery of public funds especially on the point of specifying exactly from which crime the funds were involved during the committing of the crime.

“We need to be specific here otherwise it may look like money was recovered from one crime of money laundering and also that one offense is punished twice. This is because the punishment of recovering money is not the same in both crimes,” MP Veneranda Nyirahirwa said.

The committee said that each of the laws has it separate provisions on how the penalties will be implemented and this will not contradict each other.

Rwanda is a member and signatory of various anti- money laundering movement globally, in Africa and in the region, such as The Eastern and South African Anti Money Laundering Group (ESAAMLG) and among others in East Africa-EAC.