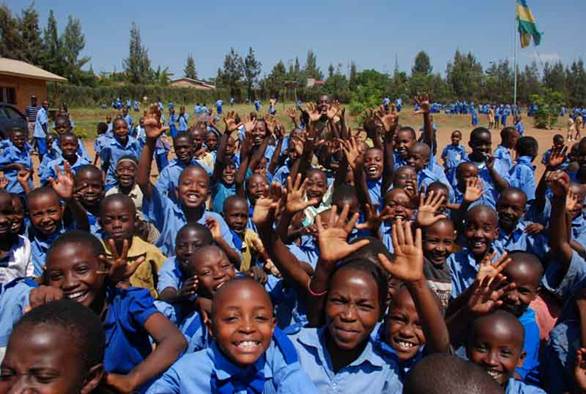 Overcrowding is becoming rampant in Rwandan schools thanks to the education for all policy which is taking shape.

To address the challenge, the government needs its education partners badly.

Tomorrow, Jan 29, faith based organizations’ leaders will sign formal consent with Ministry of Education where they will commit to provide land that will be used for construction of new classrooms and latrines countrywide.

KT Press learnt that, churches providing land to government for school construction is a longtime partnership, but signing a formal consent is part of requirements of the World Bank which is funding a new project to reduce overcrowding in public and government subsidized schools.

According to Rwanda’s Education Statistics Survey of the year 2018, the classroom to student ratio varies between 1:59 -1:97.

However, a church official who talked to KT Press said this is a continued partnership.

“Since early 1960s after the departure of the missionaries, the local church inherited several schools and health centers whose management needed to keep the higher standards but the church was not, to some extent able to keep such standards,” said Bishop Nathan Gasatura of the Anglican Church of Rwanda- Butare Diocese.

Gasatura told KT Press that, in that context, government came in to support so that the standards are maintained and even improved. From there came the government aided/subsidized schools.

In these schools, the arrangement is that for example, the churches proposes a number of staff – including the headmaster to the ministry of education , while the ministry approves them and pays them.

The churches also provides infrastructure and insures hygiene of the schools among others.

And of them, the Anglican Diocese of Butare has about 40 Primary Schools.

In the World’s Bank sponsored project, eight new classrooms and a number of latrines will be built at the Butare Anglican church’s Remera Primary School of Byiza cell, Muganza sector of Gisagara district.

“The Ministry of education in partnership with district and sector officials partnered to find the school that needed the most additional classrooms in the pilot phase,” said Gasatura.

Ministry of education officials told KT Press, that the consent signing does not mean that government is going to take the land from the churches.

Its article 13 provides that the immovable property to be used by subsidized schools shall include land, buildings and other educational infrastructures.

That land of Government subsidized schools shall be the property of the association or individual person if it was legally granted.

It also provides that buildings and other infrastructures erected on the land of Government subsidized schools shall be the property of the land owner.