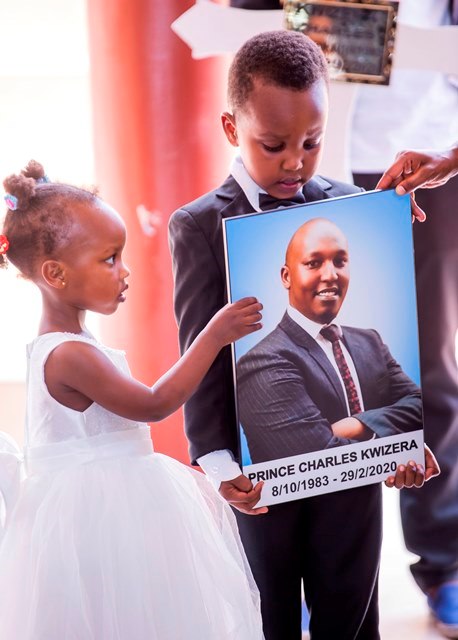 Words could not describe the feeling stirred by the sight of brave Ethan Kwizera and his little sister Ellan holding onto the portrait of their dad Prince Charles Kwizera as pallbearers, his former colleagues, carried his body into Healing Centre Church, Remera for the requiem mass.

Many could not hold back the tears. Men and women sobbed uncontrollably, imagining why Ethan and Ellan would lose their father at such a tender age. Ethan, who turns six on Sunday, March 8, or on International Women’s Day, seemed to have an idea of what was going on but little Ellan just cheekily played around, not minding the big congregation. 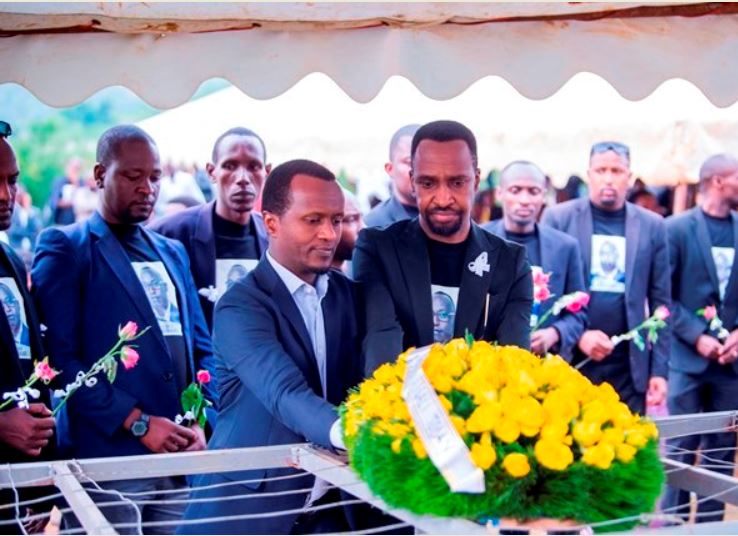 She probably did not know that she might never see her loving dad again. For Ethan, a tense look characterised his face as he firmly held onto the frame containing his dad’s photo. He seemed to be aware of the tough task at hand – seeing off his beloved father. 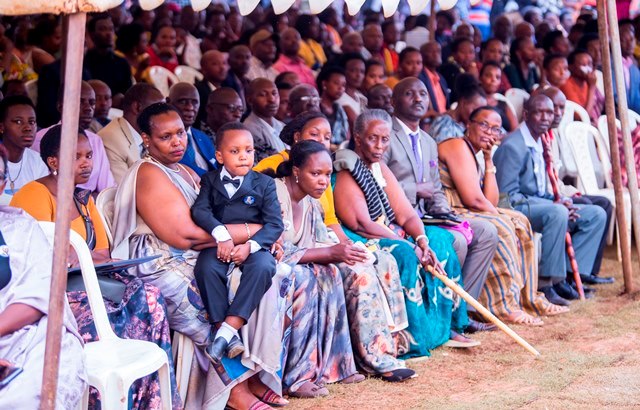 For a moment, one could tell he knew something was going on, Dad was on his way to heaven but at such an age, he could not process the order of ceremonies or even why people were crying uncontrollably.

Prince Kwizera’s wife, Jacqueline Natukunda Kwizera braved on, keeping a sober, dignified demeanour amidst the tears and ensuring that every ceremony to see off her 36-year husband went on as planned, without her losing her mind. 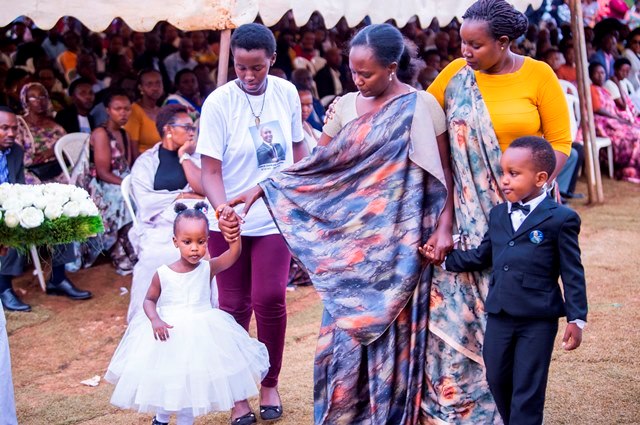 Her poise and strength through the funeral won many over, perhaps with some accepting that nobody knows when death will strike nor will we ever be ready to accept that our own died. We just have to be ready for the worst. 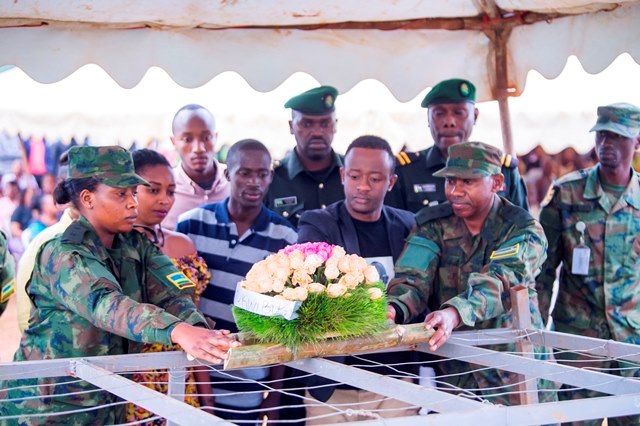 For those who could not bear the news of Kwizera’s passing, they drew strength from his wife –a woman widowed in her early 30’s. Even as she cried for her beloved husband, Jacqueline remained composed and determined to carry on and raise the two little angels, in honour of their dad.

“My Love, my Prince, My Pastor, My Life, My All. You have left me too soon. You have left our kids at a tender age. My Ethan and Ellan will never have someone to call Dad, but we promise to make you proud,” read a message in the Funeral Order of Service booklet handed out at Church. 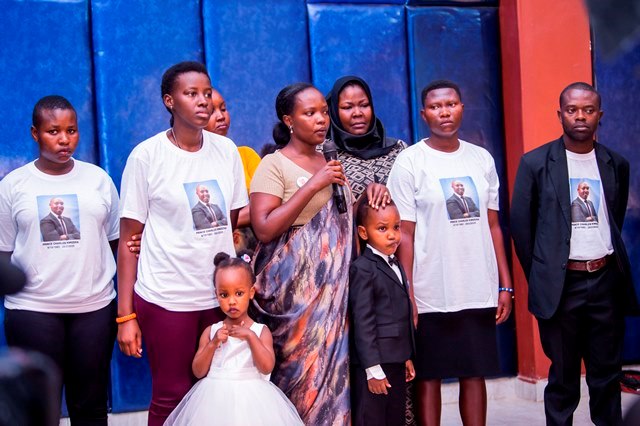 It was a heart-breaking funeral, right from the cortege procession from King Faisal Hospital where his body was picked to their home in Kabeza, Kanombe Sector, Kicukiro district, where family members and friends said their final adieus to a man who lived an upright, humble and dignified life. 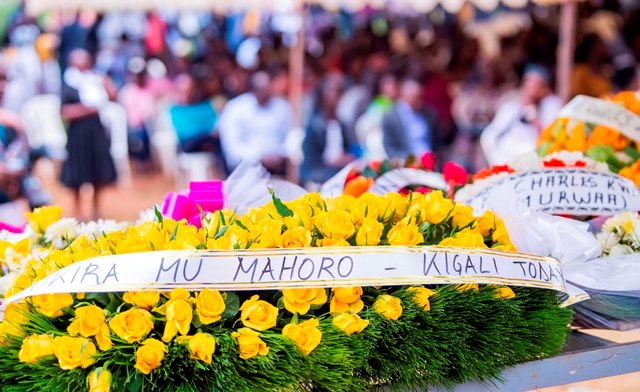 Kwizera was eulogised by many as a brilliant, respectful, loving and God-fearing man who touched lives of many, with his family stating that he made majority of his relatives find salvation.

“He was an active member of this church. All the time he has been here, there is no single day we have sat down to resolve a dispute involving Charles,” said Pastor Emmanuel Muhirwa, a Senior Pastor at the Healing Centre.

“He was peace-loving, he co-existed with everyone and loved his family in ways we can’t describe,” Muhirwa said, adding that the country has lost a valuable person who exuded responsibility and selflessness. 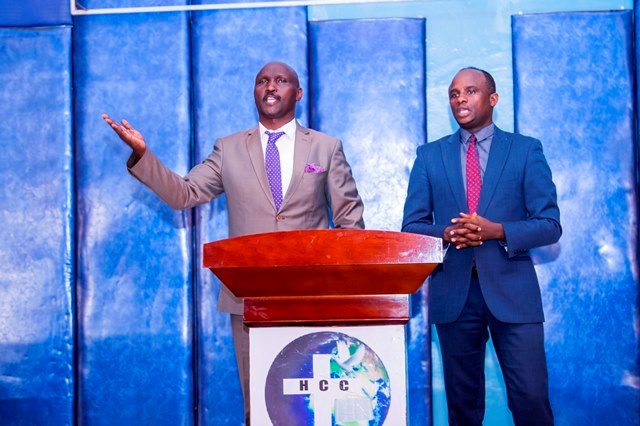 His home was teeming with people from February 29 when his passing was announced at exactly 19:30 pm, to the time of his burial. The church was filled to the brim and the procession to Rusororo cemetery befitted that of a Crown Prince. 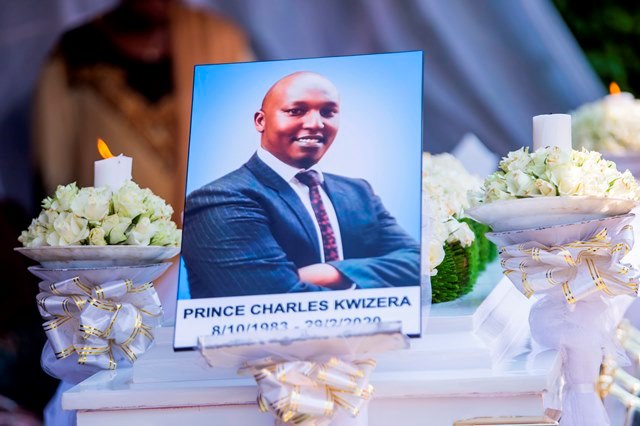 Indeed, for a man who was referred to as Prince Charles, the crowds only manifested how sociable he was in his short life. Though very often only good things are said about the dead, in the case of Kwizera, many would vouch for every word that was said about him. 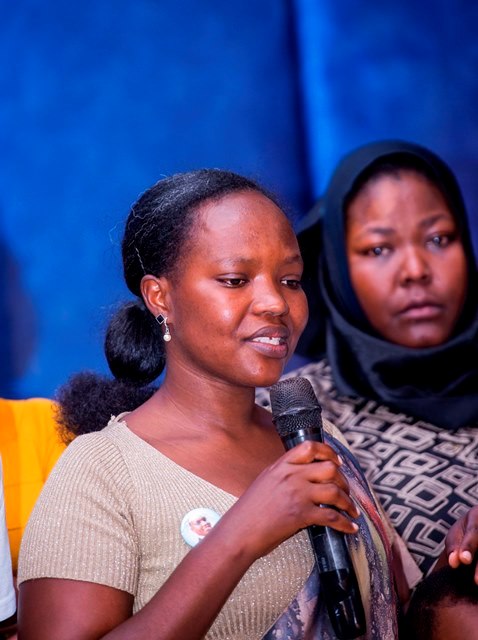 His wife Jacqueline described the 7 years they had spent together as a short, blissful time. It only felt like yesterday when they tied the knot and now he was gone, in a blink of an eye.

“He has left me two beautiful kids. A little boy who makes 6 on Sunday and a little girl who is 3. With Charles, it was a life full of love, full of life. We had a lot of dreams together,”

“He loved me in a very extraordinary way. He loved the kids. I will surely miss him, but I will ask the lord to bless and guide us and keep us safe so that I shall live to bring up the kids in a way that will please him wherever he is,” says Jacqueline in a documentary about her late husband. 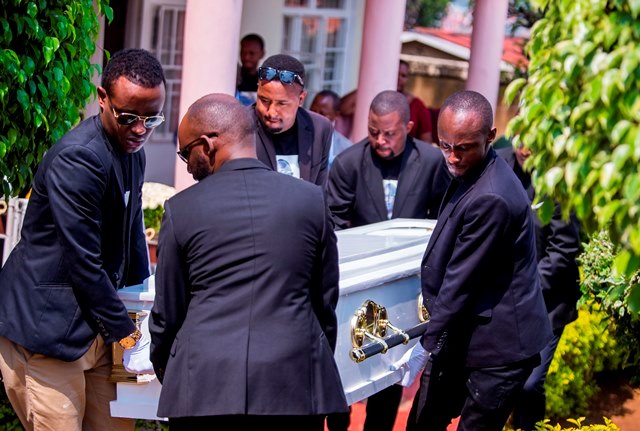 The documentary made by his colleague at Kigali Today Richard Kwizera left many in tears when it was screened at home, a day before his burial. 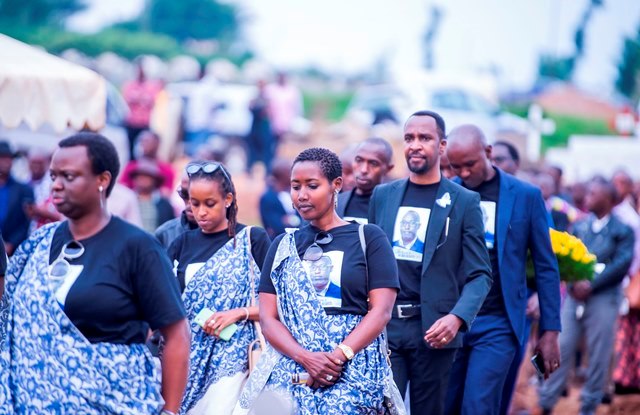 They loved each other deeply and had no qualms expressing their affection for each other publicly and online. 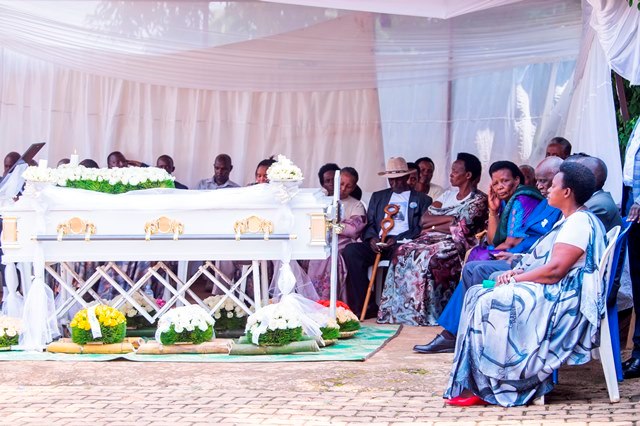 His last post on Facebook on Valentine’s Day, few days before he was hospitalized, Kwizera shared a photo of himself and his wife, gushing over her but little did they know that in a few days they won’t be together – except in the memories.

“Every other year that goes by, makes me realize how lucky I am to have a wife who was designed by God himself to be a lover. You were born on Valentine’s Day,”

“Happy Valentine’s-birthday dear wify. You fill my days with joy and hope. The little Es [Ethan and Ellan] and I are happy to have you in our lives,” the post reads. 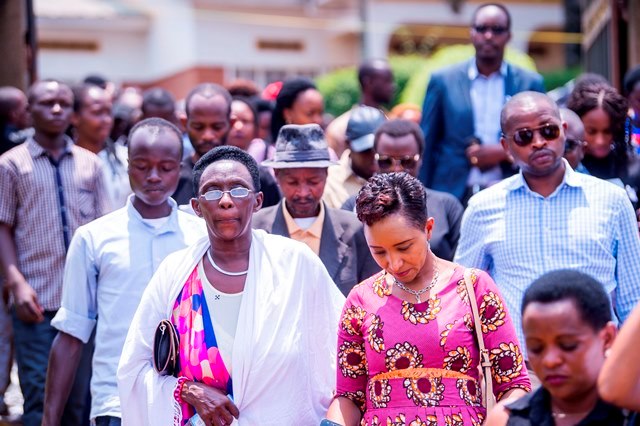 There was no better person to describe Kwizera than his colleague and best friend Dan Ngabonziza. The two grew up together, studied together and shared the same career path. 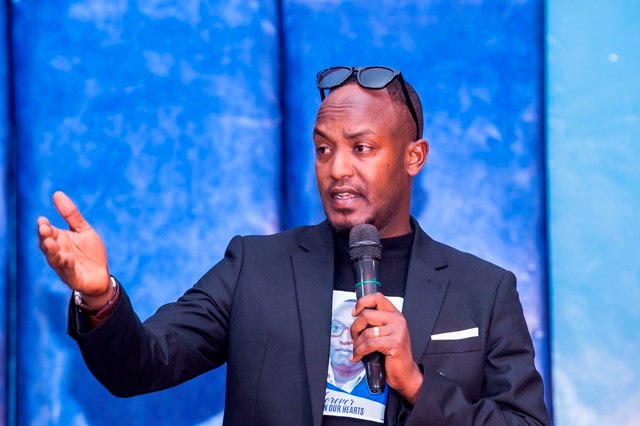 Ngabonziza described him as a calm, measured person who took time to read through situations and act in a manner everyone did not expect.

“He was always giving people second chances, forgiving mistakes just when everyone thought that stern action must be taken. He would always go for a peaceful way of resolving a problem at work,” Ngabonziza recalls. 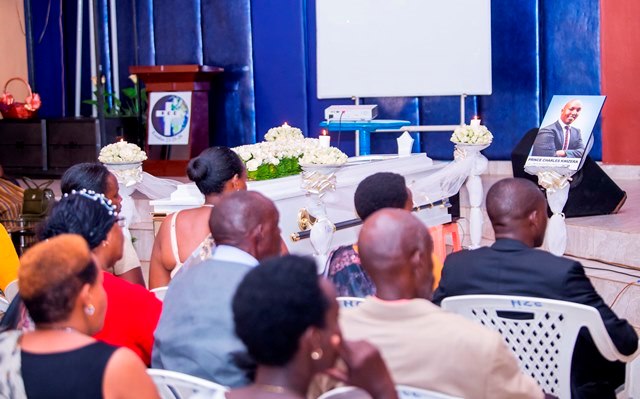 The Managing Director of Kigali Today, where Kwizera was the Executive Editor and head of KT Press, Jean Charles Kanamugire, described him as someone who treated everybody as a close friend, whether they are those above him or his subordinates.

“He was very honest and straightforward. He was not someone demanding respect because his character naturally earned him respect,” Kanamugire said. 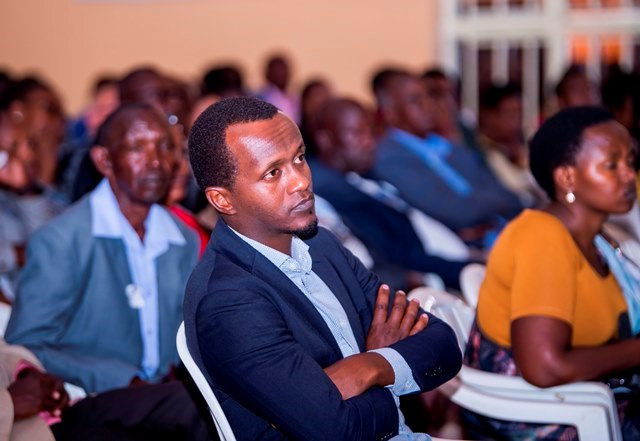 People from far and beyond eulogised Kwizera as a person of integrity who still had a lot to do but his life was cut short by a heart condition he had persisted with since childhood. 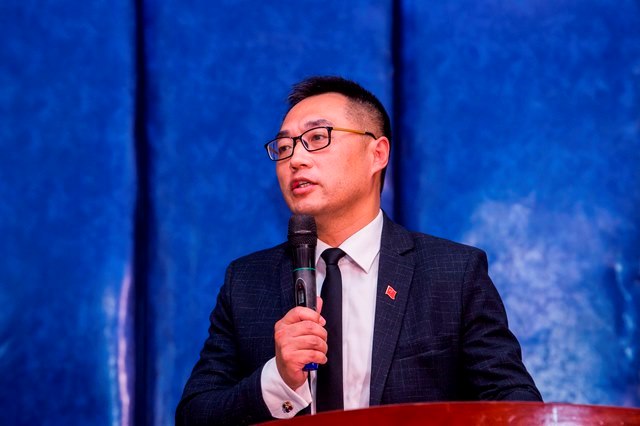 Wang Jianxin, the Commercial Counsellor of the Chinese Embassy in Rwanda, who spoke at the funeral said that beyond his diplomatic roles, Kwizera was a personal friend.

“The number of times I met with Charles was limited –four times so far I was invited to KT Radio. Each time after an interview, Charles would walk out of his room and talk to me,”

“I was very impressed by his character because each time we talked, he would be listening attentively, looking at you seriously and showing his magic smile all the time, revealing his very good teeth,” said the Chinese diplomat. 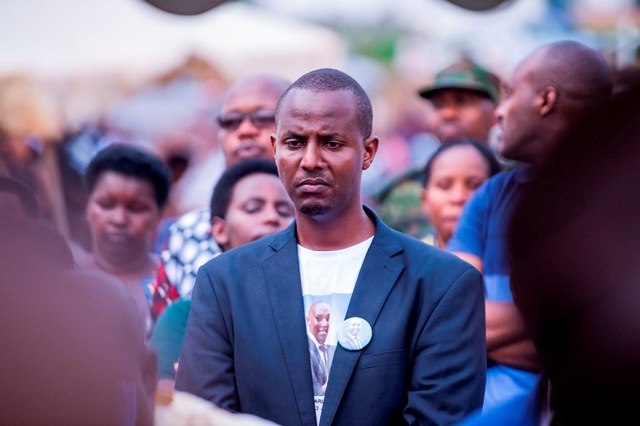 Jianxin said that the Chinese embassy particularly was saddened by the passing of Kwizera, who was good at building relations and contacts.

Kwizera had endeared him to many, which explains the many groups that had to put flowers on his grave in Rusororo. The burial ceremony was characterised by a sombre mood and tears as his eldest child Ethan elected a cross on his father’s grave. 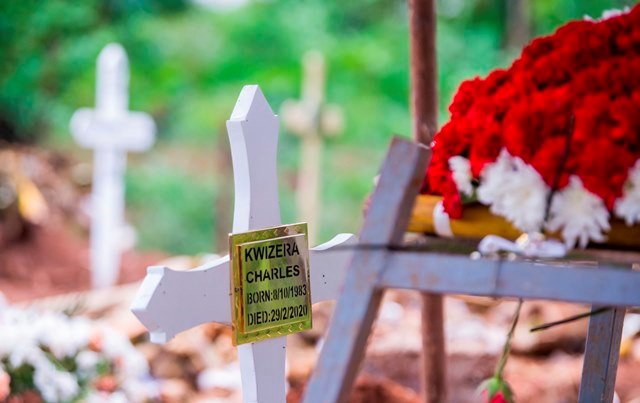 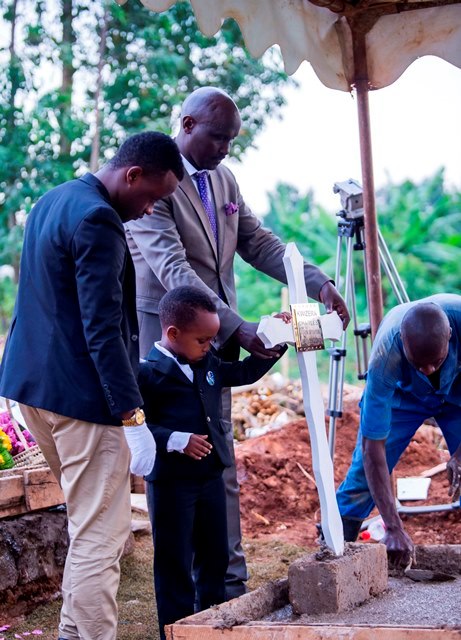 Born in Uganda on October 10, 1983 to Joseph Kanyogote and Goreth Mukamurigo, Kwizera did his primary education in Uganda and his secondary at King David Academy in Kigali before joining what was then the School of Finance and Banking (SFB), now University of Rwanda College of Business and Economics, where he graduated in Business Management, specializing in Human Resource.

He worked as a Journalist with The New Times before joining Kigali Today in 2011. 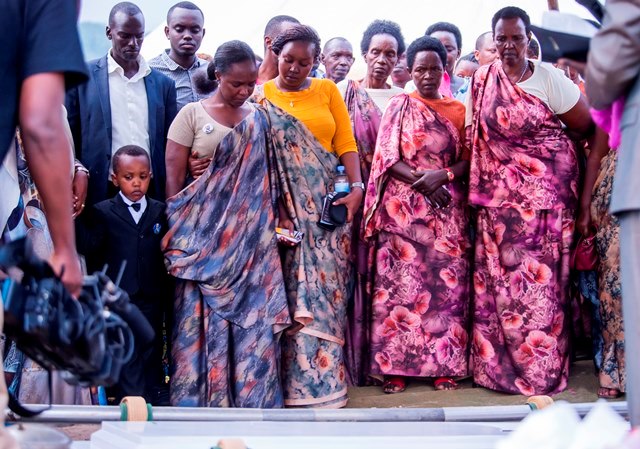 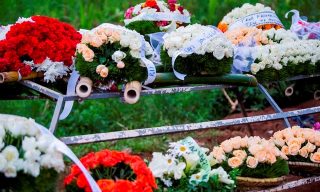 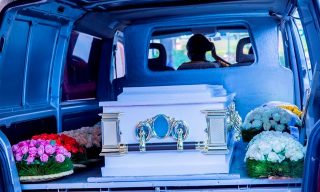 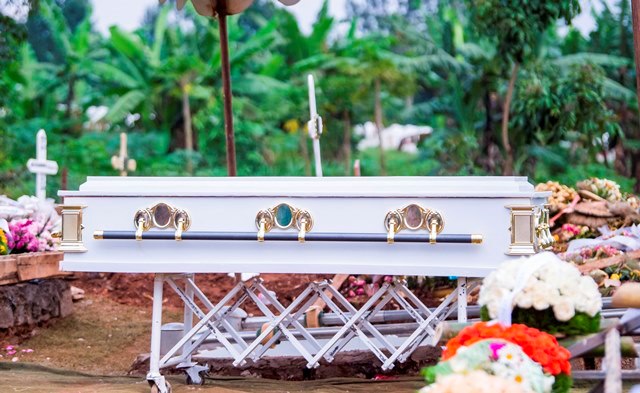 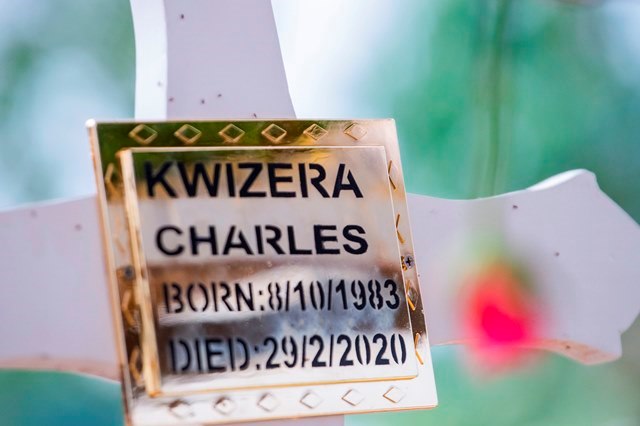